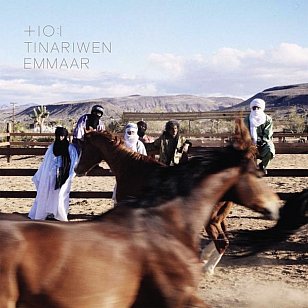 The Sahara blues caravan rolls on, and now with this seminal Tuareg group from Mali it is relocated to another desert. Because of troubles from Islamic extremists in their homeland, Tinariwen recorded this in Joshua Tree, California which must have made them feel pretty much at home (except for the absence of camels, their food etc).

Here with a little outside assistance -- notably guitarist Josh Klinghoffer from Red Hot Chili Peppers and fiddle/steel guitar player Matt Sweeney -- they bring their droning chant and quicksilver guitars to 11 new songs which (in translation) bemoan the situation in their homeland, their sense of exile, a deeply sad urge to their countrymen to wake up to the people's plight (the ineffably sad Sendad Eghlalan/This Constant Lethargy) and feelings of loss.

Their previous album Tassili in 2011 won them a Grammy for best world music album and this crisply produced follow-up has more than enough going for it to make you think they'd be frontrunners again.

The boiling and driving Imdiwanin ahi Tifhamam/Friends Understand Me has a desperate urgency at one end of their musical spectrum and the dreamy Emajer sits at the other, more hypnotic, end.

And the closing track Aghregh Medin/I Call on Man at the end is a gentle lament over those filagree guitar lines which are the hallmark of this genre.

The album title Emmaar translates to The Heat on the Breeze, but it is a more metaphorical warmth than a literal one.

Another exceptional Tinariwen album, but this time out more imbued with sadness, as you might expect.

For more on Tinariwen see here, and for more on the Sahara/desert blues artists go here. 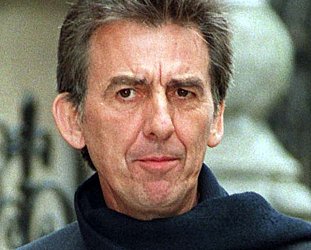