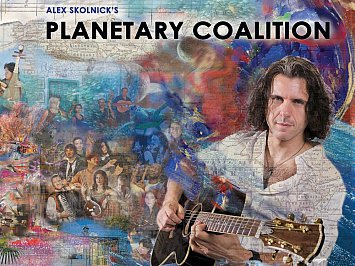 And here's what happens when a Californian thrash metaller -- in this case guitarist Alex Skolnick of Testament  --  turns the volume all the way up to . . . 5?

Skolnick (who has his own power trio and has appeared with Rodrigo Y Gabriela) goes back to acoustic guitar (for the most part) and appears here in our world music pages because he's teamed up with top drawer players (including oud master Adnan Joubran of Le Trio Joubran) for a pan-global instrumental album which reaches from China through the Middle East to Latin America.

These far-flung musical reference points -- and instruments including Chinese pipa, Turkish zither, santoor and tabla -- keep this from blanding out into some frequent flyer-New Age collection and pushes it closer to the energy of Al Di Meola, Paco de Lucia, Shakti and the Robert Plant/Jimmy Page Unledded project.

Rodrigo Y Gabriela bring their furious energy to Playa La Ropa and Skolnick plugs in electric guitar (at Joubran's insistence apparently) for the ear-searing exoticism of Rock of Ramallah.

The more reflective passages in  Return of the Yi People takes us to southwest China and we're off to India for the exciting Passage to Pranayama (with tamboura, violin and Indo-Canadian singer Kiran Ahluwalia bringing a soaring vocal part).

Right at the end is the six minute Sleeping Gypsy which takes this diverse and appealing colection out with a sense of quiet and mystery.

Well worth checking out in iTunes. PIcked up a number of awards recently. 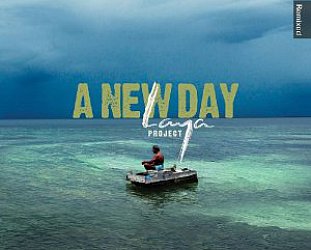 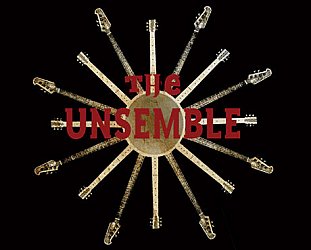 If supergroups still exist this might not be one, but perhaps in the world of alt.rock and out-there readers of The Wire they could qualify. Here are drummer Brian Kotzur who has "worked... > Read more