THE FAMOUS ELSEWHERE WORLD MUSIC QUESTIONNAIRE: Someone from Tago 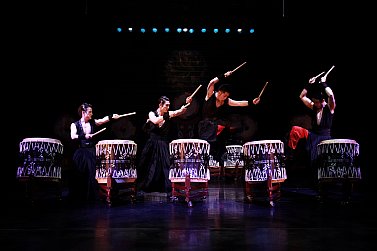 It is in the nature of these things that you send a questionnaire to a group and someone answers, but they neglect to tell us who.

So with apologies to whoever in the Korean percussion ensemble Tago -- who come to New Zealand for the Taranaki Womad -- we introduce this high-energy oputfit to to you in advance of that person's answers.

With traditonal instruments alongside those they have made themselves, Tago have won praise for their muscular performances everywhere from Edinburgh to New York. Then add in dramatic movement and lighting, and they live up to their name which means "lighting up the world by beating drums".

There won't be a foot not stomping or a hand not clapping when they appear at Womad. Meantime we have one of the ensemble answering our questions . . .

It was Maestro, Eak-Tai Ahn, who wrote the Korean national anthem.

When I was 12, I was on the stage for the first time. I found myself identified with the character I played at that time. I felt excited and thrilled to be on the stage, rather than felt nervous.

I would do farm work and live a simple life.

1) You raise me up 2) We are the world : Those are world famous songs and It gives me a warm feeling and does have the healing power. 3) K-music ‘Samulnori’ : Samulnori represents Korean traditional music which is my base and it has the same rhythm as human heartbeat. The samul play really make me high.

I participated in a winter festival in north side of Korea and performed on the stage which was covered with a large block of ice.

The title of the book is “How to Live Positively”. I believe I’m positive, but I could find more positive ways to live with wisdom.

It would be THE Beatles and we’d like to play ‘Let It Be’ together.

1) Blackswan : As an artist’s life, It’s hard to define good and evil.

2) Begin Again : It was easy to watch and with lots of fun and at the same time, It makes people to understand a little better the life of artist.

3) Apocalypto : It really appeals the instinct and desire of a human being.

After I happened to listen to a remake song of a Korean old pop song from the radio, I searched for the song and downloaded the music file. I’m sorry I know the Korean title, but it’s hard to translate into English. It’s a song from ‘Sungmo-Cho’.

‘King Sejong the Great’. He created our language and he did numerous works for people to have a better life in economy, science, literature and also he’s the one who create the measuring instrument to measure the right sound and rhythm for the first time in Joseon Dynasty.

You should put the oriental herbs, garlic and scorched rice inside of the chicken body. Next, you put enough water and the stuffed chicken into a rice cooker to cook it. If you don’t have a rice cooker, then you can use a big pot to boil it.

We practice 5 hours a day almost everyday. If a show is coming, we focus on preparing the show.

I would take my guitar and live in a mountain. I want to be self-sufficient. For example, I pick up branches to fire, make a house from woods and cook what the nature can offer me. I want to enjoy my life without caring about what others think about me. In that case, I eat, sleep and enjoy whenever I want.

We’re still quite young players even I have almost 20 years of experience. We’re still working on finding harmony of tradition and modern sound. With more study, we’d like to create more new instrument like ‘Yul-go’. 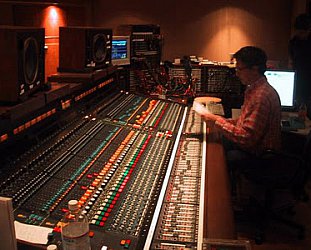