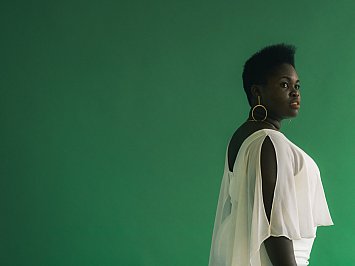 The young Afro-Cuban artist, mentored by Gilles Petersen and winner of the prestigious Juno Award in 2015, has a rich understanding of her heritage but is also constantly finding new musical inspiration and connection through her love of soul and jazz.

She and her band play next year's Womad in Taranaki (details below) and so now is an excellent opportunity to flick her our specially designed world music questionnaire . . .

The first musician whose music really affected you was ?

At four years old in my kindergarten.

If music was denied you, your other career choice would be . . ?

The three songs (yours, or by others) you would love everyone to hear because they are so emotionally moving are ?

I Put Spell on You (Nina's version)

Del amor y otros demonios - Gabriel García Márquez... because it is the only one that sticks in my mind.

Sade and I would sing  "Is it a Crime"

I'm silent for the first hour every morning. That is the best practice I know for a singer.