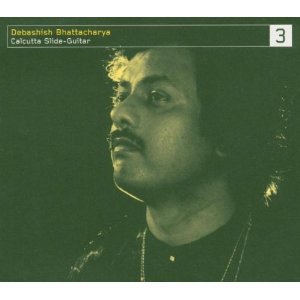 In 2003, I chose the Mahima album by Bhattacharya and American guitarist Bob Brozman (who played at Womad that year) as one of the best of the year in the Herald with the comment that their musical dialogues referred to Africa, Spain, simple pop and something which sounded like an arranged marriage between Waikiki and Varanasi.

As a result, world music had seldom sounded so worldy.

Bhattacharya is an odd one: he plays slide guitar (it was Brozman's teacher who introduced Hawaiian guitar to India in 1929) and brings the sensibility of Indian classical traditions to an instrument which can just charm the pants of you at the best of times.

This album which appeared in 2006 was a reissue of his album of the previous year (it came with a somewhat undramatic performance DVD) when Bhattacharya was back on home ground playing two ragas, divided into their three separate sections for convenient CD scanning -- which at the time I said was unnecessary, ragas are best listened to in their entirety to fully appreciate their development.

That said, this is quietly impressive: Raga Tilak Kamod, an evening raga, opens with reflective delicacy before being improvised out into some playing which can be quite amusing; and Raga Basant Mukhari is a resonant morning raga which yawns awake over tamboura drones but halfway through sounds like the coffee has kicked in.

For those who like Indian classical music but who don't want another sitar or sarod album -- or if you just want some meditative music -- then this is something special and different. 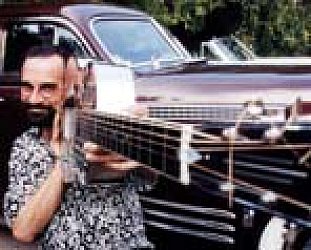