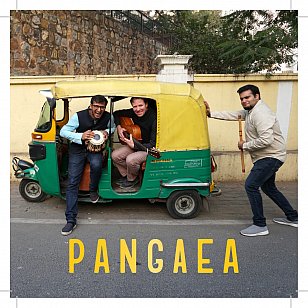 Amidst the recent noise made at the suggestion Radio NZ's Concert programme would be shifted to AM and do away with presenters, we heard some curious accusations thrown at classical music: That it was elitist (we embrace “elite” in sports, right?), it was only for an older white audience (that was laughably easily to disprove) and that it was just boring music made by old dead European guys (really?).


Waving their ignorance like a flag, some populist columnists raced in to have their say and somewhat sadly others tried to defend “classical” music.

Or whatever Concert plays, which is not just the old dead European guys.

The musical world is as complex, diverse and as culturally cross-fertilising as most countries, neighbourhoods and even families these days.

Labels like “classical”, “jazz”, “rock”, “indie-rock” and all others are mostly just taxonomic devices employed as some kind of vague pointer, as we do at Elsewhere.

Because when Laurie Anderson records with the Kronos Quartet, not to mention Yehudi Menuhin playing with Ravi Shankar all those decades ago, then labels are . . ?

And so we come to this album which could nominally be folk because well-travelled New Zealand songwriter Mike Hogan is at the core but also on hand are tabla player Saptak Sharma and sitar player/flautist Mayank Raina, two acclaimed Indian musicians.

So is “Indo-folk” what they do?

Maybe, especially on the Anglo-Indo-folk of The Lonely Hours, but also on this debut album is the more traditional Raag Kirwani which is brief (by Indian classical standards, just eight minutes).

There's the very jazzy flute-driven Tribute, taonga puoro (traditonal Maori instruments by Al Fraser on My Dream, and the opener is Crosses by Swedish songwriter Jose Gonzalez and the final track is their delicate treatment of Nick Drake's From the Morning (from Pink Moon) each given the Pangaea pan-global treatment.

So an album by a group – whose very name alludes to the co-joining of continents, so we have placed this under "world music" – which neatly sidesteps easy pigeon-holing.

If it sounds like something along your broad and inclusive axis then you can enjoy it live when the trio takes this on tour.