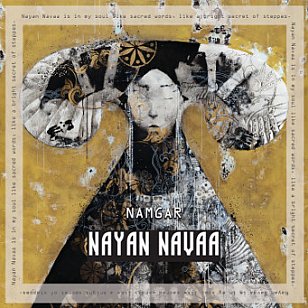 Because in the past Elsewhere has gone to the remote Pamir Mountains, Central Asia, Azerbaijan, Native American musics and elsewhere, we are quite comfortable with a venture to the territory of the nomadic Buryats, an ethnic minority in Southern Siberia and Mongolia.

But here – rather than some ethnomusicologist's approach – we are welcomed by the Moscow-based Namgar group around singer Namgar Lkhasaranova who mix traditional throat singing, songs and instruments (the yataga, chanza and jaw harp) with contemporary electronica, samples, guitars, strings and sonic treatments.

So this is very much music from ancient to the future across an album of sometimes disorienting psychedelic trance-rock and folk (with an excellent explanatory booklet of lyrics, and translations, and information about those traditional instruments).

Lkhasaranova might not be the “Mongolian Bjork” as the New York Times had it, but a British writer is slightly closer to the point when describing this as “like China meets the Brian Jonestown Massacre” (if you know that American band's recent ethno-psychedelic albums, and set aside the “China” reference).

Clearly wedding songs are different for the Buryat if the traditional Urda Uula/South Mountain here is anything to go by: it has a vibrant, swirling current of rhythms over which Lkhasaranova starts quietly and progressively unleashes her astonishing vocal power in high keening melodies.

A later wedding song Ailshaluulaarai (“if you want to ride an unbridled horse let him go to the herd sometimes, if you want to be a good husband let me visit my mother sometimes”) is a more intimate folk ballad with guest Tuvan throat singer Radik Tyulyush.

The title track (aka Land of the Ancestors) right at the end is a hypnotic piece of memory and culture distilled into a piece which seems to bring together Enya, Daniel Lanois, Asiatic ballads (yes, you could mistake it for Yoko in ballad voice) and acoustic funk.

Not an album which might have an immediate recognition factor but one which knows exactly what it wants to do and does it magnificently.

In a world without Womad – and Namgar have been acclaimed on the festival circuits – this is the album which can fill that hole in a heart open to something different. 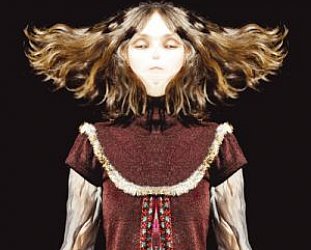