At the end of his Nobel Lecture when he accepted the Nobel Prize for Literature in 2016, Bob Dylan said, “Our songs are alive in the land of the living. But songs are unlike literature. They're meant to be sung, not read.

“The words in Shakespeare's plays were meant to be acted on the stage. Just as lyrics in songs are meant to be sung, not read on the page”.

And he ended by quoting from Homer's Odyssey: “Sing in me, muse, and through me tell the story.”

In their new book, Poetic Song Verse: Blues Based Popular Music and Poetry, renowned musician Mike Mattison (singer and songwriter for the Grammy-Award-winning Tedeschi Trucks Band; he wrote Midnight in Harlem, Bound for Glory), and literary historian and Catholic University professor Ernest Suarez offer an enlightening look at the artform that artists like Dylan, Jimi Hendrix, Joni Mitchell, Gil Scott-Heron, Lucinda Williams and others used to tell their stories. 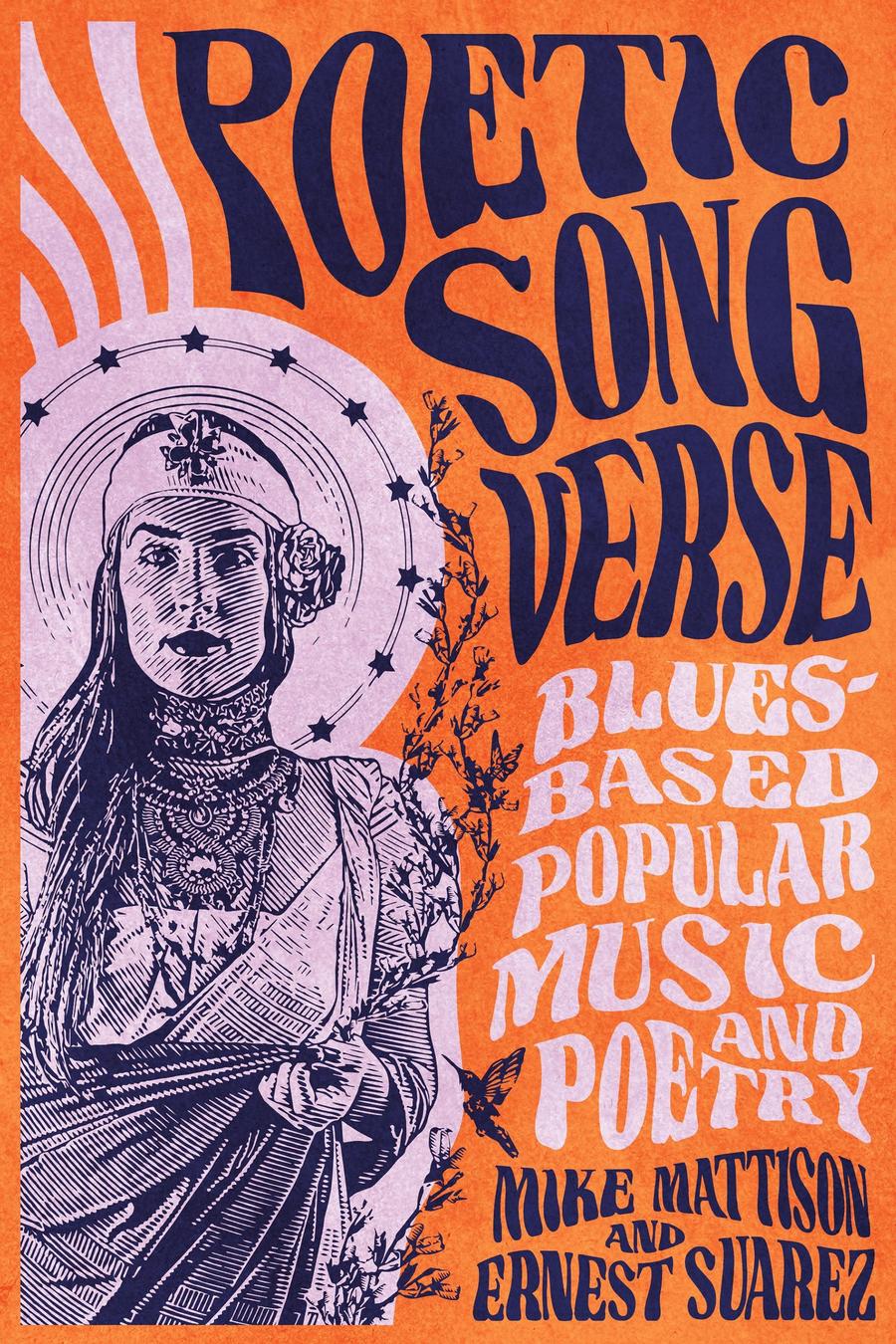 Mattison and Suarez lay out the contours of what they see as a unique literary genre they dub ‘poetic song verse.’ This form was inspired by blues music and poetry, nurtured in the beat coffee houses of the Fifties and Sixties, and fully bloomed as it cross-pollinated with rock and roll.

It goes far beyond the borders of popular entertainment, using voice, instrumentation, arrangement, and production to highlight evocative lyrics that resemble poetry.

Synthesizing a wide range of writing and thinking, as well as their own experiences, the authors train a powerful lens on some of the most well-known songs of the 20th and 21st centuries. By demonstrating how the blues and poetry came together to birth a whole new genre of artistic expression, they shift the thinking on how we categorize lyrics—as literature, as music, or as a combined, innovative, new art form.

What is poetic song verse, and how has studying and writing about it changed your appreciation of the artists who practice it? We use the term “poetic” to describe lyrics that have literary intent and that consciously strive for aesthetic impact: linguistically rich compositions that operate on many levels simultaneously, incorporating image, metaphor, narrative, and play in ways that often deliberately correlate to broader cultural conversations.

We’re talking about lyrics that seek to transcend the grasp-and-release mechanism of pure entertainment, lyrics that prick our curiosity and invite repeated visits and renewed scrutiny.

Poetic song verse isn’t poetry set to music, like the Beats’ poetry with jazz accompaniment, but it sometimes takes a hybrid form in recordings like Gil Scott-Heron’s or Leonard Cohen’s. The distinction we draw rests on the symbiotic relationship that most often occurs when potent lyrics and sonics are developed together. By “sonics” we mean every aural dimension of song, including voice, instrumentation, arrangement, and production.

The book argues that artists like Dylan, Joni Mitchell, and Jimi Hendrix were transformative in the development of poetic song verse, but there were allusions and poetic phrasing in lyrics long before them.

What did they do that wasn’t being done previously? Songs from many periods and in different styles contain compelling verse, but in the late Fifties and the Sixties blues-based popular music and the new American poetry—especially the work of the Beats—came into close contact, resulting in a concentration of songwriters who transformed songwriting from entertainment to art-that-entertains.

Poetic song verse sprung from a confluence of the blues and contemporary poetry.

Think about it this way: If you were a reasonably intellectual young musician who had been turned on to the blues, traditional metrical verse, or high modernist poetry such as T. S. Eliot’s The Waste Land, this might provide an idea of how to use allusions in a song, or provide strategies for intermingling certain types of imagery (as in some of Dylan’s, Van Morrison’s, and Joni Mitchell’s verse).

But the language in most traditional and modern poetry tends to be very different from the type of language that characterizes blues-based popular music.

However, when that same blues-enthralled young musician heard Howlin’ Wolf or Willie Dixon and read and heard Beat and other contemporary poets, he or she was exposed to rich, sophisticated language based on rhythms of speech (i.e., material that could serve as a powerful source for lyrics).

With different twists and turns this essentially was the case for Dylan, Mick Jagger, John Lennon, Paul McCartney, Jim Morrison, and many others.  By examining the confluence of blues and poetry in various artists’ work, and by considering the creative practices of various seminal artists and the cultural conditions and landscapes in which they worked, we identify a relatively specific subgenre of song that’s also a form of literature.

What role did the coffee houses of the Fifties play in creating this genre? What does instrumentation add to the artform? 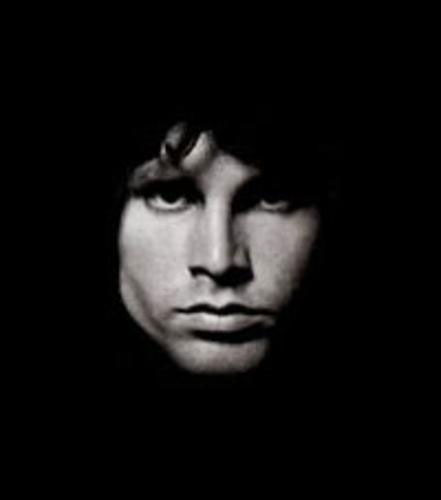 After putting rock’n’roll of their youth aside for a handful of years, many Sixties songwriters returned to the rebellious rhythms of Fifties rock’n’roll and wedded it with verse inspired by contemporary poetry.

In the mid-Sixties Dylan’s rock’n’roll–Beat poet persona strengthened his already active sense of the possibilities between poetry and music and led to Bringing It All Back Home (1965), Highway 61 Revisited (1965), and Blonde on Blonde (1966), albums that ignited an explosion of poetic song verse.

Instead of portraying themselves as the descendants of Woody Guthrie, Bukka White, and Pete Seeger, artists returned to the theatrics of Chuck Berry, Little Richard, and Jerry Lee Lewis but retained the cerebral, self-consciously artistic emphasis that characterized songs and poetry in Beat coffeehouses.

This combination released Dylan and others from songwriting conventions that ranged from the length of individual songs to how albums were conceptualized, recorded, and produced.

In essence, the Rolling Stones, the Beatles, the Doors, the Who, Jimi Hendrix, the Kinks, and others followed Dylan’s lead and expanded Fifties rock’n’rollers’ sounds and emphasis on performance, assuming often extravagant yet artistically resonant personae that resulted in songs and albums replete with ambitious wordplay and sonic arrangements.

Is poetic song verse a uniquely American invention? How did America’s history of slavery, Jim Crow, war, and sexism affect its creation? Poetic song verse sprung from a confluence of the blues—a quintessential American art form—and various types of contemporary poetry that developed in the United States.

That said, artists around the world quickly started to write songs in this mode, largely due to blues artists’ popularity in England and other countries, and to Dylan’s influence on the Beatles, the Rolling Stones, and others.

The history of slavery had a profound influence on the blues, which grew out of nineteenth-century spirituals and work songs, much like those styles grew out of various African musical traditions.

Nineteenth century work songs and blues songs written during the era of Jim Crow often contained “coded” lyrics that indirectly commented on topics that would have raised the ire of their oppressors.

This practice melded with techniques employed by contemporary poets in the work of songwriters from Dylan to Joni Mitchell to Marvin Gaye to Bruce Springsteen to Grandmaster Flash to Lucinda Williams.

The war in Vietnam also had a strong influence on many songwriters. They often combined surrealistic imagery that they encountered in contemporary poetry with imagery from various African and Western metaphysical traditions.  This combination led to songs like the Stones’s Gimme Shelter.

What artists do you see as the contemporary and future upholders of this new tradition? 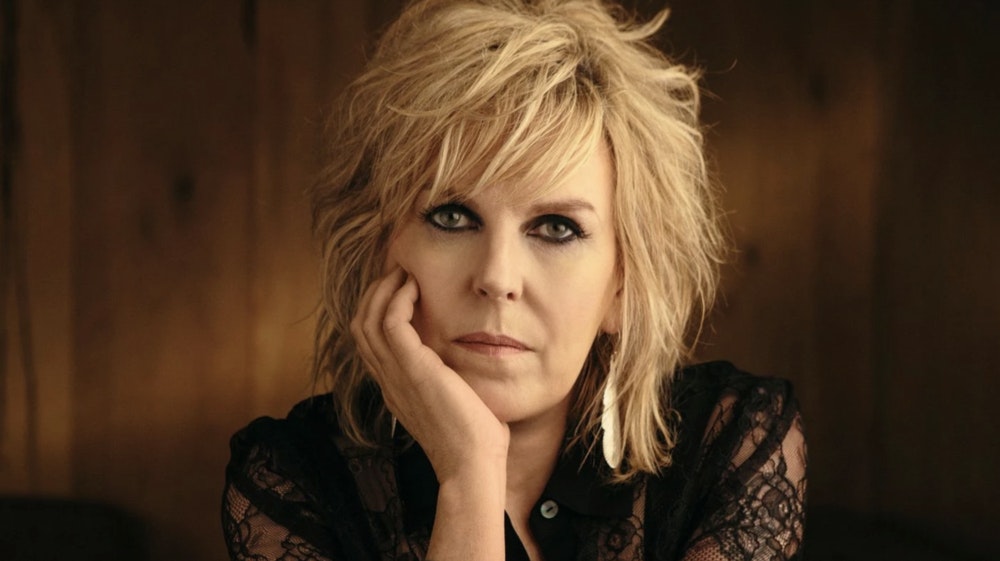