The thrilling air adventure of Biggles in World War One flew pretty close to reality. Take the case of the Belgian aerial observer whose balloon shared the skies with glue-and-matchstick flying machines flown by heroic young adventurers. His balloon caught fire and he slid back to earth 3000 feet down the steel mooring cable -- and lived.

William Earle Johns, creator of the legendary Biggles, tells the amazing tale in the foreword to one of his famous books.

In the past two decades Biggles has fallen from favour faster than that Belgian.

Johns’ 150-odd books about him disappeared from library shelves amid accusations of racism and sexism, and the dashing “hooray Henry” figure of James Bigglesworth has become a character to ridicule rather than read about.

But Biggles books are still sought out by collectors, with rare first editions fetching over $100. Sales have always been steady according to secondhand bookshop owners (readers are mainly middle-aged men they say) and their appeal is nostalgic because they speak of a world of old values and a sense of decency, and the fact they were ripping good stories.

Biggles may have been a racist and sexist if we use contemporary mores, but he was also a gentleman.

According to his creator, Biggles was born in 1899 and was a “fair haired good looking lad, still in his teens but a flight commander” in the first adventure published in 1932.

The first Biggles stories appeared in Johns’ own aviation magazine Popular Flying and the young hero was a combat pilot.

Biggles -- and his trusted companions Ginger, Algy and Bertie -- grew older but maintained their youthful camaraderie in their between-the-wars period, through the Second World War and into post-1945 adventures, by which time Biggles had become an air detective inspector.

But it is as the determined World War One hero that Biggles is best remembered.

And although WE Johns wrote dozens of stories about Joan Warralson (“Worrals”) -- the WAAF equivalent of Biggles -- it is Biggles for which he is renown.

Johns was a sanitary inspector who trained with the Territorial Army in England before World War One. When hostilities broke out he was 21 and started flying training in 1917 after having served in the infantry.

His actual flying career was brief. In August 1918 he saw active service over France flying two-seater light bombers. In November he was shot down behind enemy lines and captured. He escaped and was recaptured, but his incarceration was short. The Armistice was signed the day of his recapture.

After the war Johns became a recruiting officer for the Royal Air Force and in 1922, twice in one day, turned down the enlistment application of one John Hume Ross, otherwise known as TE Lawrence or “Lawrence of Arabia“.

But Johns also wrote in his spare time and was an accomplished artist, drawing technically detailed pictures of aircraft for the Illustrated London News and the Graphic.

In 1932 he was asked to edit a new magazine Popular Flying and penned his first Biggles story for the inaugural issue. It was called The White Fokker and launched the flying career of Biggles and his adventures in all parts of the globe. 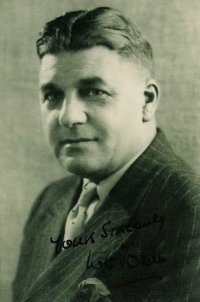 After churning out as many as five books a year until the early 50s, Johns died in 1968, and so was aware of the first attacks on his beloved Biggles books.

The first broadside against them came in 1963 at St Pancras, London. The London Evening Standard reported the removal of Biggles books from the borough’s libraries because “his attitude to coloured people these days is considered bad for children“.

The borough librarian was careful to say they had not been banned but had been taken from the shelves and were no longer being bought.

The following year they were taken from shelves in Canberra because “better books were available”.

A dissertation presented to the Australian Political Studies Association’s 20th annual conference in Adelaide in 1978 noted that Biggles books had been banned in libraries in New South Wales for 20 years because they were considered “racist and violent”.

There was no official move against Biggles books in New Zealand, yet the Auckland Central Library has few of the aviator’s exploits in the general children’s catalogue. Ironically a dozen or so copies are held in the historical collection (not for loan), and some in the children’s special section in the basement.

But Biggles books are not easy to read for modern children. The stories may be thin sometimes -- not to say deathly predictable -- and they are told in a style which is strong on speech and adjectives, and doesn’t spare the polysyllables.

Biggles rarely “says” anything. He “interposes grimly” and “demands” and other characters offer “a laconic reply” or speak “tersely”.

In the earliest Biggles stories collected under the title Biggles of 266 we find our hero recovering from flying into the top of a tree.

“He divested himself of his flying coat which now only be an encumbrance, and after removing the maps from the pocket, thrust it far under a bush.”

In his escape Biggles “traversed” a lane and later his face “grew crimson with mortification when he was insulted”.

Defenders of the Biggles stories say such a style of writing assumed a high degree of literacy among young readers and they suggest few children today have the reading skills to follow these derring-do adventures.

So Biggles books don’t seem to be an easy proposition for children, as well as being minefields of racism and violence.

In more recent years accusations of sexism were also laid at the feet of young James Bigglesworth. These are charges that Biggles collectors acknowledge but do not necessarily agree with.

“It depends on how you interpret Johns’ work,” said Wellington librarian and Biggles collector Kevin Moffat in 1988. “In any writer you can find ’suspect’ pieces, but in general the whole motive for Johns was to write books about decent people.

“People focus too much on whether the baddies are the black people. You have to look at the era in which Johns was writing. Attitudes have changed.”

Another collector says it was simply that they believed an Englishman could be trusted. 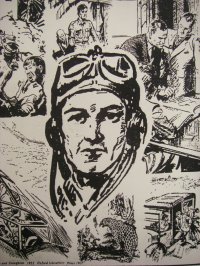 “The villains are non-British. That was the pattern, although that changed after about 1950 and villains started to be British too. In one early book it was suggested some peer of the realm was crooked, but that was dismissed as an impossibility. In the 1950s some of the chief villains were peers of the realm.”

Whatever the moral shortcomings of Biggles books from our contemporary perspective there is no denying their continued popularity among collectors, although many deny their interest as being investment-led. It is the stories they say.

And perhaps in a complex adult world of dreams deferred it is natural, for some at least, to reach back to the images of childhood.

And maybe it is comforting to know that somewhere out there Biggles, forever young and heroic, is still flying in clear skies.