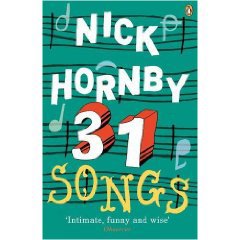 Famous and popular Brit author (High Fidelity, About A Boy, Fever Pitch) Nick Hornby writes about his 31 favourite pop songs. And we should care?

But this is actually an extended, digressive, amusingly provocative essay -- and not all the songs and artists are his favourites. Of the earnest Seventies folkies Richard Thompson and his wife Linda, he says they looked like miserablists out of Thomas Hardy novels and "I never felt for a moment as if I lived, or even wanted to live, in a country that produced their music".

He also says of Suicide's industrial noise on Frankie Teardrops that while it was an extraordinary piece of work, "I don't want to be terrified by art any more".

Hornby hails innocent and disposable pop over high art (people snooty about pop music will go to something like The Importance of Being Earnest repeatedly, yet the play is sucked dry of meaning and humour through familiarity he argues) and waves the banner for knowing, adult soul.

He realises that only in his mid-40s could he fully understand Jackson Browne, whom he reviled when he was a punk, and has always been ambivalent about the critics' favourite, Randy Newman: "How many times do you want to listen to a song satirizing bigotry, or the partiality of American congressional politics?"

This is a slight, but amusing, book. It asks questions like, why are young reviewers so taken with edgy and dangerous-sounding music? Because they get review CDs in the post, listen to them at home and send their copy in by email.

"They don't even run the risk of being knocked down by a bus."

Hornby is informative (he sent me back to listen to the guitar solo on Steely Dan's Kid Charlemagne), and halfway through nails the theme of this smarter-than-it-reads ramble: "This book isn't predicated on you and me sharing the ability to hear exactly the same things; in other words, it isn't music criticism. All I'm hoping here is that you have equivalents, that you spend a  lot of time listening to music and seeing faces in its fire."

Yeah, it's a fun read, as Hornby almost always is. I did feel like it was almost over before it began, though. Would have loved him to extend it just a little more.

Great book.Liked Hornby's comment on Jimmy Page " The noise he makes is not who I am anymore, but it is still a noise worth listening to; it is also a reminder the attempt to grow up smart comes at a cost" 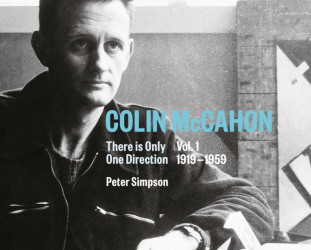