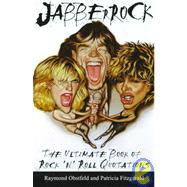 This lightweight but cheap paperback provides some funny observations (such as Elvis Costello's "Rock'n'roll is the lowest form of life known to man"), but mostly it proves we're lucky these people can sing, because their insights can be as shallow as a birdbath.

Rickie Lee Jones offers: "I never knew that life was so serious and hard and cruel. You can't depend on anything at all."

And Terence Trent D'Arby -- who gets an almost unnatural number of entries (surely you remember him?) -- seems to believe his publicist: "I may say a lot of strange and incomprehensible things as far as other people are concerned, but that is the way of all brilliance."

Nowhere is idiocy and self-delusion more apparent than in the section on politics. Here's James Brown: "I'm trying to get the dignitaries to send me over to Moscow to get the static outta the Hot Line and start everyone talking about love."

Rock musicians are unlikely to write a penetrating piece of political insight within the constraints of that three-minute, rowdy stuff which, says John Mellencamp, starts between the legs, goes through the heart and then to the head.

Nuances of political and social observation are inevitably reduced by the requirements of rock's headline mentality.

John Lennon's Power to the People was a fine air-punching tabloid slogan. But which people, John? The racist, homophobic, separatist and just plain lunk-headed of the Jerry Springer Nation? They get to vote too, you know.

Rock, like any other art form, may be part of an intellectual climate for dissent but a directly political art it rarely is.

Rap, however, by virtue of being wound around the spoken word, has considerably more potential for digging beneath the sloganeering of rock, even if it seldom does.

But an album like Public Enemy's It Takes A Nation of Millions could be read as a treatise from the ghetto. Maybe Chuck D was right when he said: "Rap is the CNN of young black America" though when it spirals into gangsta posturing it seems more like the Cartoon Network.

And yet even among the terminally deluded there are real flashes of insight and humour: Here’s Aerosmith’s Joe Perry, “Maybe if I worked on my guitar playing we’d atract a better class of people.”

Or Eddie Van Halen: “I’ve really learned that I don’t much.” 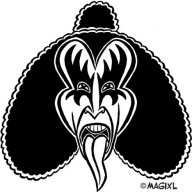 And Gene Simmons of Kiss, “If I was a girl I’d rather fuck a rock star than a plumber.”

On a more serious note, here’s Bob Dylan on politics: “I think politics is an instrument of the devil” and Bob Geldof speaks for us all: “You can’t trust politicians. It doesn’t matter who makes a political speech, it’s all lies . . . And it applies to any rock star who wants to make a political speech as well.”

And what of Bono, now part-politician himself and who, with U2’s Zooropa tour went for big -- if often amorphous -- statements? “I could go  on stage, unzip my pants and hang my dick out and people would think it was a statement or something.“

As ye sow so shall ye reap, Bono.

So it’s tough out there, right?

“I’m searching for an angel with a broken wing,” says Jimmy Page. “It’s not easy to find them these days. Especially when you’re staying at the Plaza Hotel.”

Advice to Jimmy from Darryl Hall? “Mould your world, don’t let it mould you.”

Of course the best quotes come from the likes of the late Frank Zappa who was a fund of quippery -- with a point.

“I don’t think I’m getting more cynical, I’ve just got more evidence to back up my cynicism.”

And this timeless truth: “As a young musician, how do you get to be unique when a record company doesn’t want to sign unique people?”

Ray Davies has a smart one or two also: “Keep your nose clean and your chin up, even if it requires surgery.”

Not everything is so funny though: “I’m thought of as this pissy, complaining, freaked out schizophrenic who wants to kill himself all the time.” Kurt Cobain 1967-94.

These pages are full of wisdom and idiocy, naked truth and the humour necessary to survive in a business that eats its young.

Or makes people deluded and stupid: “I won’t be happy until I’m as famous as God” -- which might explain why Madonna often seems so miserable.

In truth rock’n’roll is about baser instincts though, so maybe Patti Smith sums it up best. It ain’t eloquent but it might just be the truth.

'So it goes' - so that was the show that bought Tony Wilson to TV fame? I hadnt noticed before how much Jonny Rotten borrowed from Peter Cook - is it the half disguised sneer/grin? and Clive James - he's funny what?