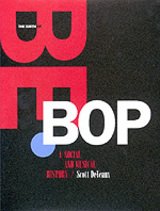 Suggesting that this engrossing, historically investigative and anecdotally amusing book should be reviewed because it asked the question, "Was bebop jazz a revolution or simply a musical evolution?" drew the response: "Yep, that's a question that keeps most people awake at nights."

Fair enough. But in these scrupulously annotated, occasionally academic 450 pages, this worldly and sassy associate professor of music at the University of Virginia is using the question to get inside the history and musical heart of black America.

Scott DeVeaux addresses, and sometimes out of research and necessity dismisses, important myths about the musical culture of black America in the first half of this century as he looks specifically at the schism between swing jazz and hard-blowing black bop which threw up seminal musicians such as Charlie Parker, Dizzy Gillespie and Thelonious Monk, all of whom deserve to be counted in the roll-call of great American musicians of the past century for their invention and genius.

But as the title of this engrossing book hints, this is as much a social as a musical history of the period.

The social snobbery between middle-class black musicians who went to different colleges but had high social aspirations is emblematic of one of the great unaddressed issues in any discussion of race anywhere (snobbery and social position are not race-selective), and DeVeaux grounds his discussion in economic necessity as much as the need for musical expression.

Thelonious Monk once said that jazz is about freedom. DeVeaux doesn't necessarily disagree.

But it's about much else besides, not the least matters of race, money, marketplace and the ever-changing moods of its practitioners.

If you read nothing else of DeVeaux's probing book, read the introduction where he poses that question, "Was bebop jazz a revolution or simply a musical evolution?"

It might not keep you awake, but you may find yourself reading into the night.

Thelonious Sphere Monk was one of the most gifted -- and eccentric -- of all jazz musicians. The memorably named pianist/composer, who died in 1982 aged 64, helped define the bebop movement and... > Read more 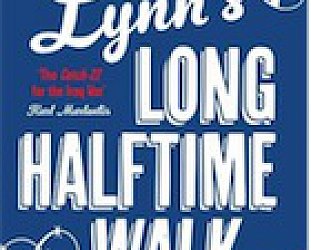 Any thinking American who read Generation Kill, Evan Wright's remarkable account of being an embedded journalist with an advance group of Marines during the 2003 invasion of Iraq, would... > Read more