If music may be considered a universal language because it can transcend the limitations of words, conversely word-based humour is constrained by those boundaries.

Western readers coming to this 640-page paperback -- which has been enormously popular in China -- may feel that such humour as there is in the first quarter to be thin, repetitive and delivered in laboriously flat prose.

Characters seem little more than outlines, there is no broader context in which they act, and quite where the story may be headed is unclear with a revolving cast taking turns in the foreground.

But those who persist will be rewarded because in the final half there is an almost laugh-aloud quality as the narrative reaches heights of metaphorical farce which skewer the new China pulling itself out from the post-Mao period. While grapping to find its foothold on the slippery bridge between Communism and capitalism, China is indulging in fripperies such as beauty pageants, events which in former times would have been universally condemned.

The pageant in this book however is even more satirically ludicrous: the Inaugural National Virgin Beauty Contest which has been conceived by the protagonist Baldy Li to shift more of his product to those who would otherwise be disqualified. He sells artificial hymens, “probability that you will bleed during your next deflowering: 99.8%”.

As bizarre as that may seem, it is the almost logical outcome of this increasingly absurd and politically pointed story which centres on two step-brothers whose lives take very different paths: Baldy Li to riches and boxes of artificial hymens; Song Gang to dignified poverty until a desperate career change which involves him having breast implants.

And of course there is a beautiful woman, Li Hong, at the pivot of their estrangement.

The boys grow up together in the years before the Cultural Revolution and at 14 the hapless Baldy Li is caught peering at women’s buttocks in the public toilet and is paraded around the village. Learning to exploit the local men’s interest in the unavailable backside of desirable Lin Hong, Baldy Li repeatedly sells off his story for dishes of special noodles -- and so begins his career as an entrepreneur.

As a child however he is also introduced to the delights of frotteurism and pleasures himself against telegraph poles in the village to the bemusement and ridicule of the locals.

In emotionless and somewhat repetitive prose this scene-setting takes too long in the telling -- but when the Cultural Revolution arrives the author’s intent becomes apparent and the skewering of the changing times is frequently comical.

Villagers are so baffled by the uncertain political climate some wear signs reading “down with me” and Baldy Li is confronted about his lamppost fixation: Are power poles class enemies or class sisters? If the former then humping poles is like criticising them so that is acceptable, but if they are class sisters . . .

The backdrop of the Cultural Revolution also holds grotesque violence however: in their childhood innocence Baldy Li and the more thoughtful Song Gang don’t realise Song Gang’s father has been denounced as a landlord and is being tortured in prison.

The dark shadow of the Maoist era is cast across the middle of the story: the fickle will of the unthinking crowd imposing itself on individuals, and factories grinding to a halt so self-criticism sessions can be held. The bewilderment of the villagers at the passing of the Cultural Revolution and the arrival of state-sanctioned entrepreneurs is equally disturbing.

Throughout this long story arc Baldy Li -- increasingly boorish, possessive, arrogant, self-serving and deluded about his attractiveness to women -- attempts to win the poised Lin Hong, who takes up with Song Gang.

What ensues is a dark comedy of deceit and absurd coincidence with a guest cast of wandering opportunists, oddball locals and party hacks, and some broad swipes at the political whims which ordinary people endured. Baldy Li destroys the landmarks of his historic village and replaces them with department stores, wide streets clogged with cars and motorcycles, and a shopping centre. In the rush to embrace the new, the old is lost.

There is considerable tragedy here which many older Chinese would recognise, and surprisingly graphic sex.

Shortlisted for the 2008 Man Asian Literary Prize, Brothers is initially a slow moving and lightweight prod at Chinese mores and politics which takes chilling turns, and as the humour becomes more broad and metaphorical the social wounds it picks at become more painful behind the satire.

Far from the comedic romp that some have acclaimed it as -- certainly there are laughs aplenty, but that would ignore the political dimension -- this is a canny novel and even in this very American-sounding translation you can see why so many in China have enjoyed it: its layers can be read and interpreted in many ways. 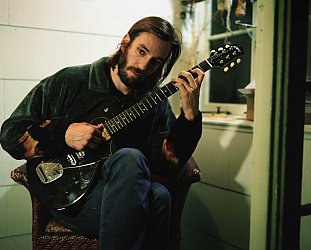 The US singer-songwriter Matthew Bean aka Sneaky Bones has been to New Zealand previously, back in early 2018 he brought his pleasant folk and gentle rock sound to venues on a solo tour. But... > Read more