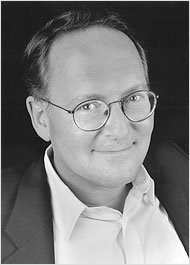 Back in New York after a European speaking tour supporting his House of Bush, House of Saud -- which persuasively lays bare the complex relationship between the ruling dynasty in Saudi Arabia, and the family and friends of the first and second presidents Bush -- Unger is credible, jocular and reasonable, and itemises his points with well-honed supporting evidence.

His book makes the powerful argument that the Bush family -- and its political and oil-rich business associates -- have been so close to the Saudi royal family for generations they could not admit the role they might have played in the attacks on September 11. This despite 15 of the 19 terrorists that day being Saudis, and Saudi Arabia's export of the radical Islamist philosophy of Wahhabism.

Unger (right) says the flight of 140 Saudi citizens -- many of the extended Bin Laden family -- from the United States two days after September 11 (when all other aircraft were grounded) was undertaken with the tacit approval of President George W. Bush.

House of Bush, House of Saud opens with this extraordinary event then weaves back through the Bush family's connections, and the Saudi business community in Texas which sought out political players such as James Baker, the former White House chief of staff under President George H. W. Bush and senior partner in the Carlyle Group which had numerous Saudi investors.

The influence of the Saudis also made its way into the White House with flamboyant and astute Prince Bandar (right), a personal friend of both Bush presidents.

Unger -- who investigated the Iran-Contra scandal and was deputy editor of the New York Observer -- is an expert on Saudi-US relations, yet his book has been dismissed by Bush supporters and ignored by much of the mainstream American media. He admits this was not unexpected given the uncomfortable ideas he was inviting Americans to consider.

"The right wing noise machine uses the conspiracy label as a way of trying to discredit me without addressing what is being said.

"What I'm saying is that if you've done business with people for more than 20 years, more than a billion dollars worth, the chances are you regard them as colleagues, friends and business partners. So you are not going to submit them to the third degree.

"September 13 [when the Saudis left] was when war on terror should have begun but Bush saw Bandar -- who visited him that day -- as an old family friend. He didn't press the issue about Saudi involvement in the terrorist attacks."

Instead, as Bandar and Bush went onto the Truman Balcony at the White House for a private conversation, the Saudis left.

"I don't know what Bush knew when he met with Bandar but I know he didn't start a war on terror, instead he went after the wrong guys. They were thinking of invading Iraq as early as 2pm on September 11."

Despite Unger's scrupulously researched book his case against the Bush family seems to have gained little grip at home. He has been interviewed over 500 times, the best response coming from European media, but in the United States has had little mainstream media coverage. That is a reflection of the symbiotic relationship between the power elite and journalists.

"We have this myth of a liberal media which is hogwash. What I am saying is outside the comfort zone. If you are covering the White House or Pentagon for one of these big media organisations the way you make your career is through access. You want that exclusive interview with Donald Rumsfeld and you are not going to get it if you raise these questions. You are barred and they will never talk to you again. So it's not in reporters' interests to ask this stuff.

"My book is a counter-narrative as opposed to the official narrative propounded by Bush, which is largely unchallenged."

He talks of the fabricated media spectacles such as Bush arriving on the aircraft carrier USS Abraham Lincoln in May last year wearing a flight suit then with a "Mission Accomplished" banner behind him, and the control of information from the embedded media during the war.

Unger admires Fahrenheit 9/11 director Michael Moore for placing difficult questions about their president before the American public, but a book like his barely makes the needle of public discussion flicker.

"People just don't read in this culture, but for me this was the only way to tell this story, it was so damned complicated. I've worked in the mainstream press but I couldn't get this out there for the life of me, finally Vanity Fair published it."

A year ago an extended article by Unger in that high-end glossy explored the dangerous liaison between the oil-rich cabals in Texas and Saudi Arabia. With Moore's film, and books by Watergate investigator Bob Woodward and Kitty Kelley's expose of the Bush family there is some small change in awareness of the issue.

Yet Unger, who grew up in Texas, understands why people in middle America are not picking up on this crucial issue, even during a presidential campaign: "Out there Mom and Dad both work and are busy with the kids. The newspapers are terrible and then you have right wing radio. The book has gained some traction, although I don't think any book has ever influenced a presidential election."

Unger believes what he is up against is that Americans love spectacle but abhor instability. The issues he raises about the power of multinational oil companies goes to the heart of something deep in American culture: the infatuation and identification with the automobile.

"We have 165 million automobiles and they are a mythic part of our culture. So we are addicted to Middle East oil and the Saudis are our pusher. So as powerful as this nation is on some levels we are very vulnerable but don't like to admit it. This is a sensitive issue to the point of being taboo.

"One of the great ironies is that Bush has given us the worst of both worlds in that he was soft on the Saudis in terms of their role in terrorism, but despite an administration of oil executives [Bush and vice-president Dick Cheney] our ties to Middle East oil are more tenuous than ever as a result of the war. We may be entering the endgame of that relationship.

"Prince Bandar doesn't have the clout he once he had within Saudi Arabia, so even though he is close to the Bush's we don't have the inside track we once did."

With the rise of power players like Saudi Arabia's Prince Nayef, who has close ties with the militant clergy, the long relationship between the houses of Bush and Saud may be fractured, whatever the outcome of the war and the impending presidential election. A new relationship with the Middle East, its oil companies and ruling cabals will need to be forged.

This complex and evolving issue dates back to the mid 60s when oil-rich Saudis arrived in Houston and made friends like George H.W. Bush, and then his son.

"It is complicated, but I think you can get this down to 800 words for a newspaper. Even less. It's this: 'The Saudis are the biggest funders of terrorism in the world and Bush has been doing business with them. Isn't that a problem?' 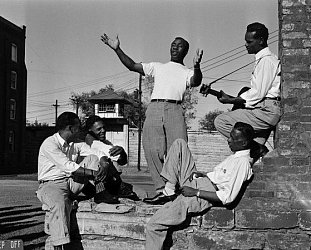