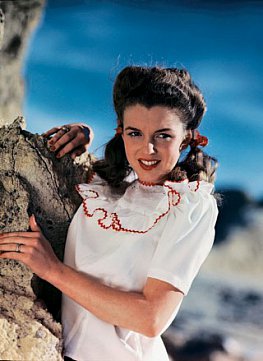 For those who came of age after her death, Marilyn Monroe belongs to that generation of American males whose idea of cool was smoking a pipe and reading Playboy.

That seems pretty tame to those who grew up with designer drugs and Hustler -- so Marilyn is merely a frozen image from a safer era of the sexual revolution.

The mystique of Marilyn -- as with the genuinely famous, a Christian name serves well enough -- is elusive.

She was apparently a gifted actress although there seems scant evidence; she could sing passably well and, like Jerry Lewis, is respected in France.

She was undoubtedly more intelligent than the reductive iconography suggests.

Why the ongoing fascination many decades after her death? 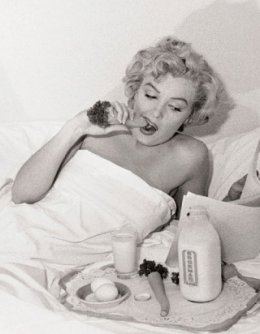 Andy Warhol's multiples are understandable. As with his images of Elvis and Jackie Kennedy, they say something about the mass media and 20th-century Americans' desire to create their own icons.

But all these books, most only as penetrating as an E! channel Behind the Scenes docu-drama?

Yet Marilyn seduces and teases from beyond the grave, and there still seems a market. Witness the equally tragic career of blonde lookalike Anna Nicole Smith.

This coffee table-bending, limited edition of Andre de Dienes' photographs of the young Marilyn is no more, or less, illuminating than most, although reading de Dienes' guileless and sometimes camp prose we learn much about him.

He regrettably confuses the words "sordid" and "morbid", there are very few sentences not requiring an exclamation mark for emphasis (”She was the sweetest darling l have ever met!"), and his love for her was barely returned by the 19-year-old he met by chance and had proposed to within weeks.

At 235 pages and delivered with the high-gloss sheen of Taschen publishers, Marilyn -- in a limited edition of only 20,000 copies worldwide -- offers a glimpse of its subject's early life and ambition, although most interest alights on the wonky slabs of recollection by de Dienes written in the last years of his life.

He died in '85 and this portfolio-cum-reminiscence of Marilyn from innocent ingenue to unhappy screen queen was collated after his death.

De Dienes was in his early 30s when he met Marilyn, then Norma Jeane Baker, at his bungalow in the exotically named Garden of Allah Villas in West Hollywood (it’s a safe bet it isn’t called that today, but at the time had been home to Dorothy Parker, F. Scott Fitzgerald and other luminaries).

He had been a Vogue and Bazaar fashion photographer in New York who had come to LA looking for models and, one guesses, a vigorous sex life.

He wanted to photograph nudes, had an excellent eye for composition and an even better one when it came to Norma Jeane, who instantly mesmerised him.

"lt was as if a miracle had happened to me,” he says of meeting her. "Norma Jeane seemed to be like an angel. l could hardly believe it for a few moments. An earthy, sexy-looking angel! Sent expressly for me!"

Six months later de Dienes got Marilyn her first magazine cover (for Family Circle in April '46, as Norma ]eane), the image taken on a marathon photo journey through Death Valley and the Mid West. He drove while she slept in a makeshift bed in the back of his Buick Roadmaster.

For a fortnight they looked for locations and some of the images of the then-brunette are teasing and ioyous.

Here is Norma Jeane as a seductive pubescent cowgirl with a visible wedding band (her divorce hadn‘t come through), frolicking in the snow, a fresh-faced and homely gal in dungarees, and standing barefoot on a deserted highway under the flat light of noon.

She wears innumerable costumes, all paid for by the infatuated de Dienes whose marriage proposal was rejected when they got back to LA so she could concentrate on her career.

He is coy about their brief sex life ("to respect Marilyn's memory”), but acknowledges she told him, and he now respectfully tells us, she'd never had an orgasm before.

Despite them separating -- he mourned it, she was too careerist to care -- they remained friends and sometimes she would call him in the middle of the night to photograph her. 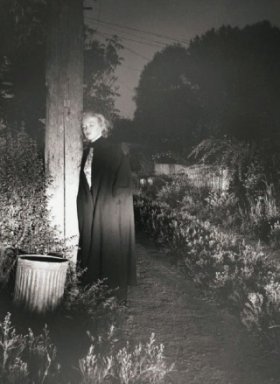 One of these occasions led to the memorable series lit only by his headlights where Marilyn seems to have entered an emotional penumbra. She looks "sordid" and sad, suggestions of her imminent death borne out by her downcast eyes and the blurry image.

Most of the photos, however, look like what they might have been intended for: the covers of knitting patterns or supermarket brochures offering a cheap line of clothing. Or, in one instance, the calendar for the Pumpkin Growers of America Association.

By today’s photo-shoot standards her coquettishness is too obvious and her seduction of the camera mannered and somewhat juvenile, but her natural gaiety and innocence shine through.

De Dienes ciearly saw in her something wholesome, American and photogenic, as much as a woman he loved without hesitation.

But for the rest of us, looking at these pictures of a vivacious girl who became Marilyn Monroe?

Well, I guess you had to be there at the Garden of Allah. 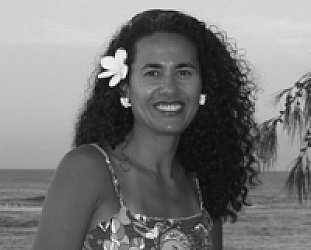 Every time I have played this track on radio it has had an immediate and favourable response: people want to know who the writer/reader is, and what else has she done. Marsh has done a lot: she... > Read more 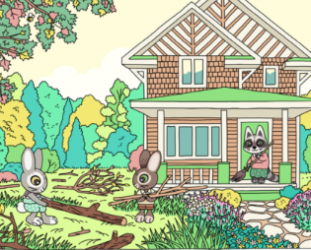