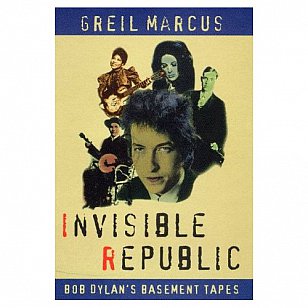 When Bob Dylan skidded off his motorcycle in upstate New York in mid-1966, it allowed him an extraordinary career hiatus.

Before his accident - which some Dylan bores still insist never happened - he’d been a Woody Guthrie wannabe, a folk troubadour and protest singer. Then, by plugging in an electric guitar and touring with a group which would later become the Band, he turned his back on folk to explore, and some would say invent, a literate, albeit wordy form of American rock’n’roll.

As the braying of the alienated folk crowd grew to a din (“Judas!”) and the rock world headed off into psychedelic drugs and “Look at the colours, man”, Dylan withdrew from the public eye.

In that time - the stuff of rock legend - he holed up in the basement of a house in Woodstock and there, with the nascent Band, recorded dozens of songs, some of which eventually appeared as The Basement Tapes double album in 1975, an extraordinary collection of oddly mythic songs full of lyrical jigsaw puzzles.

From this pivotal point in popular culture, rock academic Greil Marcus - better known for his much acclaimed but little read Mystery Train (about Elvis) and Lipstick Traces (a tedious, sententious book purportedly about punk) - takes a journey through imaginary Americas and sociological masks.

Invisible Republic is typical Marcus; it is finely crafted and literate, is a deep trawl through various myths and histories of America, and early on parts company with Dylan’s basement tapes.

Within the songs - and Marcus has the drop on us here, he is using a five-CD bootleg collection of the music recorded - he finds fascinating antecedents in the recently reissued 1952 Anthology of American Folk Music compiled by Harry Smith.

For Dylanologists, this is where Marcus is at his best. But context is all and here too is a journey through Puritanism and Shaker culture, unique forms of American dissent and philistinism, and folk and literary traditions.

It can be fascinating, but it can equally be tediously tangential and you sometimes suspect Marcus, academic that he is, could write something with as much digressive emotional resonance if he was using a Steve Forbert album as his catalyst.

A friend once asked rhetorically, “Has anyone ever finished a Marcus book?” ‘

But for a 250-page paperback, this one took a while.

The thrilling air adventure of Biggles in World War One flew pretty close to reality. Take the case of the Belgian aerial observer whose balloon shared the skies with glue-and-matchstick flying... > Read more