As with many of my acquaintance, when I heard of Amy Winehouse's death it was with mixed emotions: a gloomy sense of the inevitability of it, sadness and then anger. That weird anger we reserve for those who have committed suicide or gone out in the manner of so many talented people, before their time and by their own actions.

Winehouse was too talented to go from us so soon.

Billie Holiday, whom many mentioned in the same breath, at least gave us 20 years of her talent and, even if there were diminishing returns, right to the end she could pull out magic.

Winehouse gave us just two albums. Oh, and as many will be quick to tell us, her soul.

She was obviously more fragile than people realised, but also more stupid. She chose songs better than she chose men, or drugs.

This biography - and that definitive article is not to be believed -- looks like a pot-boiler rushed out . . . but in fact British journalist (less charitable types say "hack") Chas Newkey-Burden only had to add the intro and final chapter to his already published book.

But while it gives us the outline of Winehouse's life, it is sketchy on detail and N-B is something of a contradictory apologist too. In that final chapter he tells us Winehouse "seemed to be turning a corner and those close to her thought she might be ready to properly return to the frontline of the music industry".

Aside from then spending subsequent pages with considerable evidence to the contrary, those word "those close to her" give some hint as to the tone of his book. It is cobbled together from press clippings (there are pages and pages of what reviewers said about Winehouse's two albums), interviews conducted by others (I find no evidence he interviewed his subject) and observations from those nameless people who purport to be "close" to a star.

The alcoholism which became such a part of her life just seems to appear when it is fully blown: "The period between Frank and Back to Black is shrouded in mystery. Amy said, 'I started drinking and I fell in love'."

Fortunately we do get Winehouse's recipe for a drink of her own design, Rickstacy: Three parts vodka, one part Southern Comfort, on part banana liquer, one part Baileys.

"By the time you've had two of them," she said, "you're like, 'Don't even try and go anywhere'. Sit down and stay down until the birds start singing."

Winehouse's husband Blake appears as rapidly as that alcoholism. One day he isn't there, next he is . . . so N-B has to backtrack later to sketch in his background. Clumsy.

N-B is a peculiar writer. His tone constantly shifts and he rarely lets a cliche go unused. The opening line of the new introduction is "The tragic death of Amy Winehouse on 23 July 2011 robbed the world of a unique musical talent".

I guess that's what happens when you write in a hurry to hit the shelves first.

But is this forgivable? When writing about a gay club where Winehouse appeared he notes "there is a companion bar a mere mince away on the famous Old Compton Street".

That seems strange coming from someone who has a male partner. Or maybe it can only come from one who is gay?

N-B is an interesting character of himself (do a Google search and look at how he was found to be posting favourable reviews of his own books on Amazon) but his chief "talent" seems to be writing pot-boiling quickie biographies of those in headlines (Simon Cowell, Paris Hilton, Michael Jackson).

And a reheated one at that.

So no, not "The" biography at all.

from the vaultswriting in elsewhere 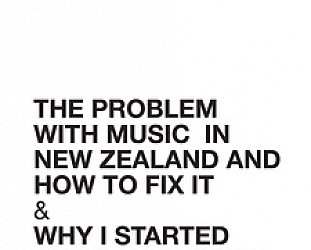 The memory is indelible. It was the early Nineties and there was a local band I wanted to see play at a bar in Auckland. After work I went home, ate, muddled about and went to the venue at... > Read more 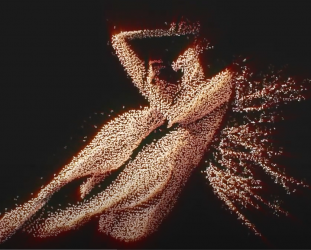 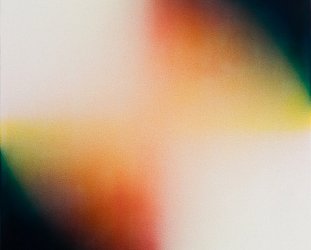