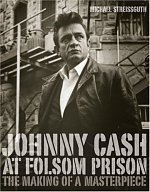 A hip comedy club, New York, late 1980s. The stand-up delivers a one-liner which has the smart set baying: "Does anyone know why Johnny Cash still wears black?"

At the time Cash's career was in one of its periodic lows. In the 90s it would be turned around with the spare and elemental albums under the genre-defining banner American Recordings, and by the time of his death the singer had become an icon whose features were as recognisable, and as rough hewn, as the faces on Mt Rushmore.

Obituaries rarely addressed the lows in his long career other than in a myth-inflating manner, but there were many years when he was on the margins and struggling.

His star fell dramatically in the mid 60s when Beatles pop then Bob Dylan's literate rock swept country music aside, but in January 1968 he recorded in Folsom Prison, California, and the edginess of the venue and material he chose distilled the outlaw spirit in him.

Streissguth's penetrating account of Cash's career before and after that pivotal day illuminates not just the man and musician, but places them in the greater cultural context. From interviews with band members, prisoners and wardens, and by listening to the Columbia Records tapes he reconstructs the day and Jim Marshall's numerous black and white photographs add further resonance.

Most people remember Cash's later Live in San Quentin album (and the hit sprung from it, A Boy Named Sue) but Streissguth makes the convincing case that the Folsom performances and subsequent album were when Cash revived his career and reinvented himself.

Streissguth also acknowledges the sense of theatre in the moment, how Columbia Records marketed Cash as a rebel (his next album however was Holy Land, a gospel collection), and how the media elevated Cash by falling for the line that he was a mean dude while ignoring his conservative, Christian, newly married aspects.

The author is an associate professor of English in New York who has written on country music frequently.

The account cuts a wide swathe through popular culture but includes a history of Folsom, how Cash effected the marriage of country and rock cultures through his rebel image, and why this album deserves to be considered among the best that fertile decade produced.

It's taken me a long time but I am slowly warming to Johnny Cash's music. 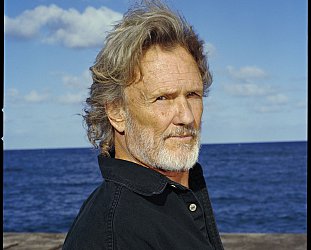 Before he was 40 Kris Kristofferson -- now in his 70s -- had lived enough to fill the pages of at least a couple of wild novels. And the real craziness was still to come. In the 80s Kristofferson... > Read more