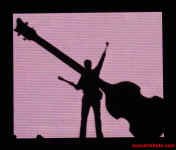 Paul McCartney is the Beatle old fans love to hate: his sins are manifest in Silly Love Songs, a Linda and not a Yoko, the permanent Mr Thumbs Aloft attitude, the knighthood which his old colleague John Lennon would doubtless have declined ….

But there is worse. This past decade, by quiet incremental steps, we have witnessed the rehabilitation of Paul McCartney; mostly at his own instigations, as he gently reverses the tide by, some would say, a revisionist approach to this Beatle Years.

Doubtless smarting from the elevation of his old partner into the pantheon of Dead Rock Gods, McCartney has been obliged to point out his contribution to the band that changed the World.

He wasn’t just The Cute One who sang the ballads as he has been reduced to in the popular imagination. McCartney insists he explored the boundaries of intellect and music, although for anyone who has bothered to listen to his albums lately there has may be precious little evidence of that. There was precious little on the Beatles albums for that matter. 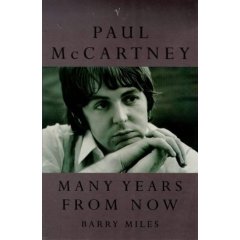 But with his official biography Paul McCartney: Many Years From Now he courts immediate opprobrium with the cover blurb: “Along the way I’d like to register that fact that John was great, he was absolutely wonderful and I did love him, lest it be seen that I’m now trying to do my own kind of revisionism . . . All I’m saying is that I have my side of the affair as well, which sometimes gets ignored.” And the inside cover asserts, this is “the book that sets the record straight.”

That almost sounds as if McCartney -- through writer Barry Miles, a friend from the 60s -- is getting in with the retaliation first.

Drawn from extensive -- and in many cases obviously candid -- interviews over the past five years, Many Years From Now might not be revisionist. But it is certainly Macca’s attempt to reposition himself alongside Lennon in the vanguard of barrier-vaulting 60s rock.

It hardly seems necessary (for all his faults he is undeniably a gifted and prodigious songwriter) but, by solely taking McCartney’s perspective, Many Years From Now is a fascinating, if skewed and somewhat frustrating book.

While Lennon railed against George Harrison’s modest autobiography I Me Mine for mentioning him a mere 11 times, Harrison and Ringo Starr may well feel the same about Many Years From Now. Harrison is relegated to a few passing references, Ringo is again the invisible man. 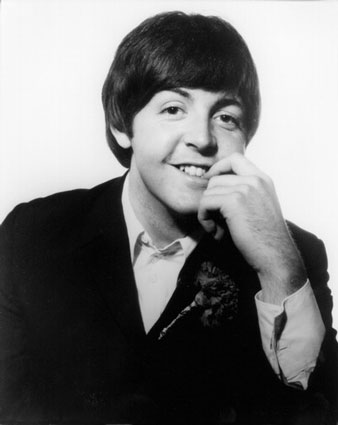 But that’s only to say this is unswervingly McCartney’s story, although it is also sad and curious that he wants to be liked and credited with innovative, if unacknowledged, ideas before his friend-then-nemesis Lennon, notably in exploring avant-garde music.

All this may be true (it doubtless is) but it smacks of desperation and McCartney readily concedes he was always ambitious for himself and the band. Without him, he says unnecessarily, certain things wouldn’t have got done. The candour seeps between the lines.

There can be few biographies of knights of the realm so infused with illicit substances, let alone time spent on a mountain in India with a meditation teacher (where they’d slip off for a cigarette just like they did at school). At many levels Many Years From Now is fascinating and revealing, intentionally or otherwise.

And it is full of surprisingly candid anecdotes. After sharing wanking sessions with Lennon you’d expect writing songs together must be easy.

Only once or twice did he and Lennon finish a writing session without completing a song, usually a hit, more often something that redefined the way we hear rock music. There seems little to argue with in his assessment of the ratio of their contributions and Miles notes that Lennon, even at his most tetchy and anti-Macca, only ever disputed ownership of two songs.

Of as much interest however are the friendships McCartney built in the socially fluid environment of London in the 60s, especially when living on the house of Jane Asher, his girlfriend of the period. In that crucible of intellect -- her father an eminent doctor, her mother a music professor, brother Peter one half of the Peter and Gordon then later a famous record producer, sister Claire in a radio soap opera -- McCartney came into his own as the working-class lad with upper middle-class aspirations.

“Dinner conversations would veer from a discussion of the date the tomato was introduced to England -- a fierce argument between Peter and his father solved by reference to an encyclopaedia -- to Dr Asher reaching across the table and signing his name on a sheet of paper upside down [‘Bet you can’t do that!’] and explaining that he had taught himself to write upside down to save time when nurses presented papers for his signature.”

What Macca and Miles make clear -- and a check of Lennon biographies confirms this -- is that during this period McCartney was the social butterfly in London while his songwriting partner sat around getting stoned in the stockbroker belt of Weybridge where he lived with his wife and young son.

McCartney skirted the world of the London avant-garde scene: he attended art exhibitions and plays; was part of the confluence of ideas which ran between gallery owners, politically fuelled writers and musicians; was a night clubber who’d pop out to see mates like Jimi Hendrix -- and still knock out tunes in the Asher’s music room or when he drove up to Lennon’s house.

And McCartney sought out idea allowed by his position as a Beatle to the point of calling up Bertrand Russell and dropping around for a chat: “Nothing Earth-shattering. He just clued me in to the fact Vietnam was a very bad war and we should be against it. That was all I needed. It was pretty good from the mouth of the great philosopher.”

Then he churlishly adds that he told Lennon about this, “and John really came in on it all. And then he did [the anti-war movie] How I Won the War.”

The book places McCartney at the centre of the social whirl as he dabbled with classical music, made his own tape collages (all well before Lennon brought Revolution 9 to The White Album sessions) and collected Magritte paintings (one of which inspired the Apple Records logo).

He painted (De Kooning was a pal and Paul used to pop around for a few lessons) and it was his ideas which were the catalyst for three Beatle album covers in a row: Sgt Pepper, The White Album and Abbey Road.

Musically however he was always conservative (if inventive), and he concedes that he didn’t have the courage to present his ideas to the band and was always mindful of the Beatle parameters. It took Lennon’s nerve to shift them -- but McCartney doesn’t fully explain why, if he had been so engaged in avant-garde ideas and cutting edge music, he was so resistant to change when the opportunities presented themselves. It was that schism -- Lennon wired on heroin and Yoko Ono, McCartney still the team leader wanting to keep the old chums together -- which led to their dissolution and with which Miles and McCartney deal with in something approaching equanimity. 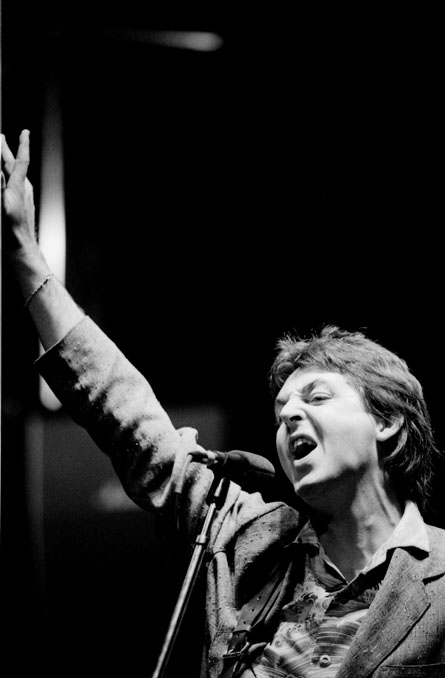 The end was inevitable -- but McCartney went on to a hugely successful career with Wings and then solo, all of which is given only a cursory glance here. A mere 20 pages of this 620-page book deal with his life after the Beatles, it is as if he is prepared to concede defeat and that little in the past 27 years has been of much merit in comparison.

He and Miles may also just recognise their target audience, and maybe leave the way open for a sequel.

While his solo years were full of Silly Love Songs (a huge hit we are obliged to remind ourselves, so a lot of people liked it) and mostly indifferent albums, they did have their moments.

His reconnection with rock via Wings, the recording of the Band on the Run album under trying circumstances in Nigeria (he was mugged at knifepoint), the many marijuana arrests and his ambiguous position on its use, and just why he has extended himself into the classical world would have all made for interesting reading.

So, truncated though it might be, Many Years From Now is considerably better than it might have been. At its worst it feels disingenuous and uncharitable, and yes, revisionist.