All across the Pacific, South East Asia and in fact anywhere warm, cheap and exotic to Europeans, there are men – and sometimes families – who have washed up and are foundering in places which once beckoned as an escape from their previous lives. But those palm-lined white sand beaches, vibrant marketplaces, cheap drinks and lazy days enjoyed on a holiday can take on darker hues when roots are put down, businesses are attempted and the golden glow fades.

Arcane local customs, endemic corruption, the mysteries of the greater culture and relationships – or sanity -- cracking under the strain are often hallmarks of middle-class dreams going sour under the sun of a former paradise.

Tony Parsons – author of the best selling Man and Boy and other popular novels – sets his compass to this world as the Finn family move from suburban England to Phuket, fleeing Britain after father/narrator Tom's building business folds, he takes on a cab-driving job and is labelled a vigilante when he returns home one night to find his wife and children cowering while a couple of thugs rob their home.

Overpowering these archetypal over-grown boys, trussing them up and dumping them in the boot to deliver then to the police station, he incurs tabloid headlines (improbably billed the “Travis Bickle of Barnsbury” by the Sun) and looks for a way out.

A cab customer full of suspiciously big promises, bullish bluff and property schemes is his parachute into Phuket with the family where he acts as a driver for the illegal company . . . and inevitably things go very wrong after a promising start.

Parsons has the makings of an interesting narrative arc – Britain in financial and moral decline, escape, reinvention, the unravelling of dreams – but the path is ponderously obvious and riddled with unlikely coincidences. The author is at pains to show his familiarity with Thailand through the accretion of tangential detail (“Mrs Botan's phad thai, the steaming noodles wrapped in a wafer-thin omelet”), expository paragraphs (“Foreigners think that all Thais are Buddhist, but our part of the island, that old Phuket, the northern tip, was almost as Muslim as it was Buddhist . . .”) and frequent references to, for example, “casuarina trees”. It tries very hard.

Worse, the symbolism can be overbearingly simplistic: the fox in their English garden; the gibbon held captive in Patpong bar; the young English guy learning muay thai (Thai boxing, cue a visit ringside), the young sea gypsy boy who morphs from slightly menacing to being quickly adopted by the Finns . . .

Equally clumsy is the dark prophecy from a palm reader – “An inch ahead is darkness” – which spooks Tom in a way unlikely given the kind of man Parsons has shown him to be.

Such changes in tone are throughout this readable but annoying book. The son Rory appears to possess precocious intelligence at times (when it suits some exposition of events) and at others is a normal child. And after the Boxing Day tsunami hits – at the exact midpoint of the book – husband and wife engage in an unlikely dialogue about “not running away again” amidst the chaos.

Parsons clearly loves Thailand where he has spent considerable time, but despite him attempting to give a more rounded view of the people and place, they frequently become little more than cliched ciphers for some polar opposite of a Britain in decline. That this very sentimental story, ostensibly about family but perhaps aiming for something more, has a happy ending freighted home with more crude symbolism should come as little surprise.

A novel to be read in a beach-hut, as it feels most of it has been written in one.

Elsewhere has an excellent in-depth 2004 interview with Tony Parsons here. 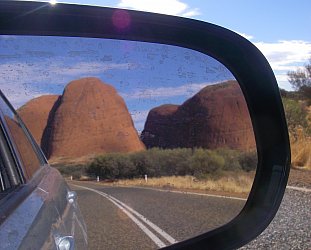