1912: THE YEAR THE WORLD DISCOVERED ANTARCTICA by CHRIS TURNEY 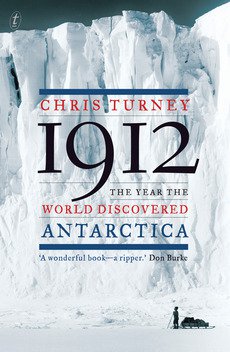 In late September, one of the world's biggest aircraft started ferrying a few hundred scientists and support crew down to Antarctica, once a remote frozen wasteland at the bottom of the planet.

These days almost 50 nations – Korea among the most recent – are represented down there, you can explore it on Google maps, and regular visitors include writers, artists, photographers and sonic experimenters.

And explorer Sir Ranulph Fiennes, 68, and his hi-tech team are making a mid-winter 3200km trek across the ice to do some climate change experiments . . . and raise money for charity.

It's getting mighty crowded – over 7000 visitors from many nations last year – in that majestic and mysterious place. 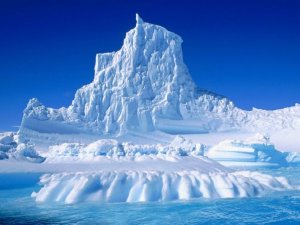 It wasn't always so as the Australia-based British-born professor of geology Chris Turney discusses in his lively, engaging and often gripping account of those heroic and sometimes foolhardy expeditions a century ago, as much a race for an economic claim on the ice as scientific or historic foothold.

Even then – with the famous expeditions of Britain's Robert Falcon Scott, Norway's Raold Amundsen, Douglas Mawson out of Australia and others – this landscape of over 40 million sq kms once untrod by humans was starting to get world attention.

Fittingly, Turney begins his account in January 2011 sitting on one of those massive Soviet transport planes with 50 or so others heading to the last continent on the planet to be explored.

Turney's story is the bigger picture, how in the closing days of the 16th century the Dutchman Dirck Gherritz believed he sighted what became known as “Terra Australis Incognito”, then others followed – Captain James Cook believing there was land close to the Pole although he hadn't seen it but that to explore further would be dangerous and “I make bold to declare that the world will derive no benefit from it”.

Others, learning from Cook of seal colonies, thought differently and a combination of greed, capitalism and a hunger for fur and oil, saw one expedition after another braving the unforgiving ocean.

Turney writes crisply of these years when failure and success were bedfellows with scientific progress, peppering his account with the strong and sometimes stubborn personalities. But his attention comes into fine focus for the year 1912 when five separate expeditions took to the ice.

He elevates the Mawson team as delivering the better scientific results than the ill-fated Scott and many other explorers of the period, despite them not being writ so large the annals of Antarctica. 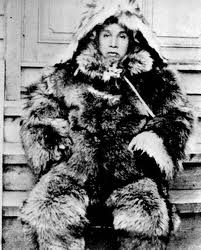 Among many of the remarkable stories he brings to life is the most unusual but least well known, that of the Japanese explorer Nobu Shirase (right), the eldest son of a Buddhist priest who was training for that calling himself before deciding to fulfill his childhood dream of being an explorer. He lead a team which gleaned everything it knew from books and newspaper reports.

Shirase originally set his sights on the North Pole but after Cook and Peary's successes there he turned his attention south and surprised the world, and many Japanese, when his group arrived in Wellington in February 1911.

They were met with suspicion (spies?) and derision. Shirase later wrote how the New Zealand Times had remarked “we were a crew of gorillas sailing about in a miserable whaler and that the polar regions were no place for such beasts of the forest as we. This zoological classification of us was perhaps to be taken figuratively, but many islanders interpreted it literally”.

Turney notes while such comment was unpleasant (although the Lyttleton Times offered “the last Godspeed to the plucky little band of explorers from the Far East”) the team was woefully unprepared, too late in the season so would encounter pack ice, and were forced to turn back and shelter in Sydney where they “lived almost a beggar's life” according to Shirase, and were again suspected of being spies.

But with more funds raised at home – supporters felt Japan would be ashamed if they gave up -- and a telegram of encouragement which read “Go forth. Set sail anew. Though you perish in the attempt do not return until you have achieved your aims” they sallied southwards again. 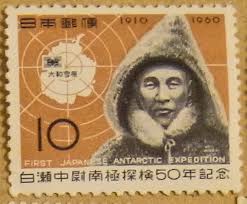 For many early explorers Antarctica would be their end, for others – like Shirase who survived – it made their reputations.

Turney offers a sympathetic account of whatever their fate, and through a human touch and an astute weave of the scientific progress made, offers an enthralling and enlightening book.

Towards the end he says what drew people to Shackleton's projects was the explorers' ability to see science, adventure and communication as a whole. As a scientist he fears his fellows don't communicate the same way anymore.

“I don't believe the public has lost interest, but as scientists I wonder if we could do better. Scientists largely communicate with each other through journals few people can afford or understand. As research has become more focused so the language has become more obscure.” 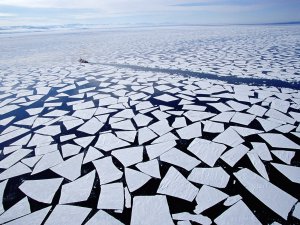 He believes scientists can learn from the excitement those expeditions of 1912 held for the public.

This wonderful book -- which reminds of sacrifice, adventure, heroism and folly -- ends where it began, and the circumstance must give him encouragement that laypeople are still engaged by that world.

Turney is on the ice surrounded by brightly attired pilgrims to this frozen place.

There are artists you “get” (round here everyone from the Beatles and Supremes to Yoko Ono, Ornette Coleman and Sonic Youth). And there are those you just don't . . . Elsewhere... > Read more