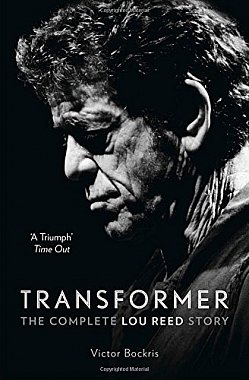 When Lou Reed – who is being inducted into the Rock and Roll Hall of Fame next year alongside Joan Jett, Ringo Starr and others – died in October 2013, there were the inevitable potboiler books attempting to sum up the man, his music and motivations.

But the book to wait for was always going to be this one by Bockris, the “poet of the New York underground” (according to a profile in Italian Vogue 20 years ago).

This book in hand is an update of his '94 Reed book Lou Reed; The Biography which ended when Reed was still married to Sylvie but was about to divorce, and was scrapping with his former colleagues in the Velvets after their short-lived reunion.

In '94 Reed was a man under siege . . . but as Bockris' insightful book illustrated – through extensive interviews with school and college friends, fellow musicians, New York artists and many others – that was Reed's natural state and preferred position.

This update shows that even to the end he was combative: that marriage to Laurie Anderson was not always happy. Lou, who liked to control women (and had a reputation for punching them around sometimes), might have played happy families but Anderson was more than a match for his emotionally abusive and manipulative side.

Bockris peels back the layers on Reed who comes across as a real nasty piece of work who liked nothing better than using and abusing people, grinding them down until they could take no more, and was always insecure about his place in the poetic and rock pantheon.

He was embarrassingly envious of the success of others (Warhol, John Cale, David Bowie, Bob Dylan among them) and repeatedly moaned that Dylan was getting more accolades than him.

Reed also manufactured aspects of his life and constantly referred to his parents as abusive and negative. Nothing, it seems, could have been further from the truth because, despite them allowing him to have electroshock therapy as a teenager (when he was quite the angry misfit so they went along with the prevailing treatment) they were always supportive. When he was at his lowest he would retreat back home to the suburbs. 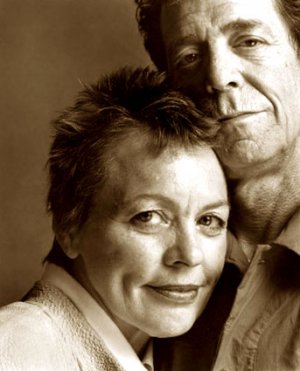 Later in life when married to Anderson he would often deny he'd ever done drugs or had had homosexual relationships (this from a man who was a dealer in college and for years lived with Rachel, a male transexual), and he seemed to burn bridges before he crossed them.

Fully half these dense and insightful 500 pages are devoted to Reed up until the mid Seventies and a mercurial, frequently distasteful character is formed in those years.

He was pugnacious and menacing, but would pull away quickly from a physical fight; some describe him as being “very verbal” during the years with Warhol at The Factory and yet a page later another Factory denizen Gerard Malaga describes him as not being “an articulate person”.

During this same period as he was camping it up (there's more than a suggestion that his gay encounters at college and during his years before the Velvets didn't involve physical sex) and moulding himself into the iconic figure in shades and black leather he would constantly ring home to make sure his mum was feeding the dog.

Some describe him as mean-spirited and utterly self-centred, others as a genuinely nice person “But everyone saw what they wanted to see,” says musician Hope Ruff.

That Reed destroyed the VU, twice, by his controlling nature – to the point of remixing albums when others were away so he was more prominent – is laid out with compelling clarity.

And Bockris is very good on how Reed staggered from one solo album to another – many not as well received as we might think from today's perspective – with little sense of direction. That what Reed considered his masterpiece, Berlin, was widely criticised for being gloomy and depressing undeniably wounded him. And so he would lash out . . . at producers, fellow musicians, the heads of his record labels, engineers, publicists, management, his partner at the time . . .

By the end of his life Lou Reed had become a legendary figure in rock'n'roll, albeit one who didn't mind doing television ads for Honda motor scooters (as Walk on the Wild Side played) and, after a lifetime of being ruthlessly apolitical, flirting with political causes to resuscitate his flagging career.

But Bockris makes you want to go back to many albums as he teases out the ideas -- many of them autobiographical -- behind certain songs. 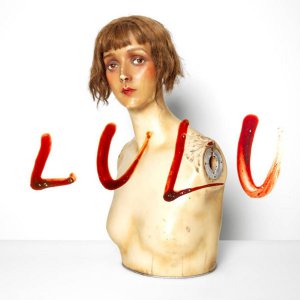 Where Bockris gets off-target and strains for effect is in the final chapters where he dissects Reed's and Anderson's albums to present them as an on-going conversation between the two.

He labours this point mightily . . . and also acclaims Reed's Lulu album with Metallica about which he says “every song and every line of this masterpiece works to create as perfect an album as Lou has ever made”.

That's not opinion those who had the misfortune to endure it would accept readily, despite Bockris taking it apart song by song. Oddly enough it was his highest charting album since Sally Can't Dance in '74.

Metallica fans are nothing if not loyal.

Lou's fans proved to be less so over the years as he delivered one disappointing album after another (all of which he acclaimed in the media at the time, then would abruptly dismiss). However Bockris makes a good case to return to many of them with the fresh ears of distance.

This is a scholarly, mostly focused and important rock biography which gets right under the skin and psyche of its polarising subject.

It's also very funny at times, as when Reed – who despised interviewers and considered work fit only for a moron – struggles to interview the new Czechoslovakian president Vaclav Havel for Rolling Stone.

He is so self-centred he blathers on about being a rock star, and how the secret police are watching him: “I think they are interested more in me than in you,” says an exasperated Havel. “I don't think so,” replies Lou.

I loved the Bockris book on Warhol. And this sounds like the perfect holiday read - an antidote to the schmaltz. But, yeah, if all Lou ever did was write 'Pale Blue Eyes', 'Perfect Day', and the 'Berlin' album, he'd be a genius. The latter is depressing, but that's the f**king point! And somehow he made great music out of that misery. As he sang, "It takes a bus load of faith" to get by... GRAHAM REPLIES: He also once said, "My week beats your year" and I have no doubt that was true. Long life, some great songs, some awful albums too though.

Agree with both of you . Cantankerous SOB with snippets of genius. He always seemed to think he was a better guitar player than he was. Consequently found New York album disappointing . I like the years when he had the great Robert Quine , Fred Maher etc on board.