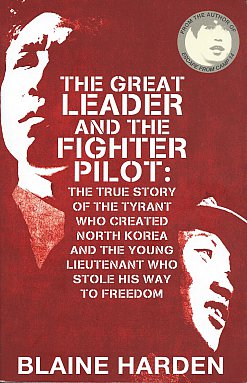 About 15 years ago when I was engaged in some serious journalism of the international political kind, I had lunch with a fellow from Asia 2000, these days known as the Asia New Zealand Foundation.

They had assisted me in travel to Japan, Taiwan and South Korea – financially, opening political and economic doors to get interviews – and over (Chinese) yum cha I brought up the topic of me getting into North Korea.

The guy just laughed and said, “Graham, you are never going to get into North Korea. They've read what you've written”.

And I suppose the eyes in Pyongyang, ever watchful and always suspicious, had studied some of the major pieces I had written for the New Zealand Herald about that corrupt and repressive regime, in one of which I referred to their “cryogenically frozen Stalinism”.

So I gave up any notion of seeing North Korea other than across the DMZ or from a mountain top . . . but it didn't trouble me.

In the decades since I have spoken with people who have been and read stories by journalists who had had The Guided Tour. The stories are always the same; they don't let you see anything; you always have a couple of minders by your side so you can't go off-piste; you can't speak to anyone (mainly because they can't speak to you) and . . .

It sounds a real drag.

Yet the aberrant North Korea still interests me, even more so after reading this book which is part history and partly the stories of two unusual men, one the man who founded and created the country with ruthless and brutal efficiency and the other of a young fighter pilot who stole a MiG fighter jet and fled to the south in 1953, just a few weeks after the conflict on the peninsula came to a grinding impasse.

The former is of course Kim Il Sung who was one of worst military minds of his generation but had the uncanny ability to turn his defeats to his advantage as he ruthlessly got rid of all rivals during the period when he was a mere puppet of Stalin and Mao, then consolidated his position by myth-making, inventing a past as a powerful and militant revolutionary (barely true on any level) and elevating Stalin and Mao's cult of personality into something approaching deity status. 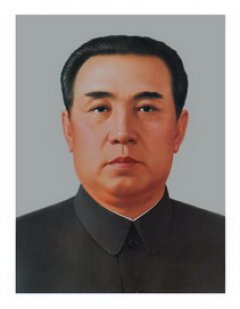 Author Harden – a wonderfully plain speaker in his writing, and who fills his pages with facts and quotes which are bald but telling – also places the rise of Kim Il Sung into the long history of the peninsula which various was crushed under the regimes of China and Japan and then – during the Korean War – the north was bombed into the dirt by the Americans whose raids were unchallenged by the inefficient and under-trained northern airforce.

As Harden notes, although no official figures exist it is likely 20 percent of the population in North Korea perished and whole cities were leveled in a three year period.

That had the effect of deeply held hatred of Americans which Kim Il Sung and his dynasty would exploit and use to put the nation on a war footing: “The family's argument goes like this: Sure it's miserable living in North Korea, but don't blame us. Imagine how much worse it would be if we weren't protecting you from the American bastards. Never forget, their bombs killed Grandma.”

Throughout these fascinating pages, Harden weaves the story of the cunning Kim Il Song with that of the young fighter pilot No Kum Sok who grew up in something close to privilege, at 19 became the youngest fighter pilot on either side in the Korean War (he flew more than 100 combat missions in the Soviet-made MiG-15) but who always harboured a yen to be in America. 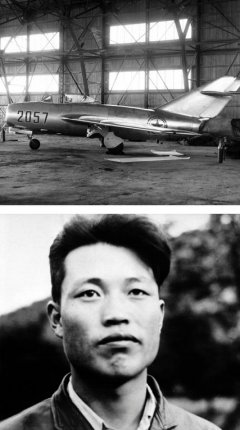 As an educated boy he read about the mystery of America but, as the tide of history turned against it in the north, he was smart enough to become very visibly pro-Kim and the North. He spoke with anti-American rhetoric and exhorted his colleagues to work harder, fly faster, fight better . . .

Harder, who has previously written on North Korea and knows his stuff, also threads in crucial geo-politics – neither Stalin nor Mao much cared for Kim, nor even for the war – and fascinating digressions into other matters.

This is him on the famous MiG-15 which was the fastest plane in the air at the time of the war.

“For all its speed however, the MiG-15 was flimsy, uncomfortable and difficult to control. Chuck Yeager, the legendary American test pilot, called the MiG-15 'a flying booby trap' and 'a quirky aeroplane that's killed a lot of pilots' . . . . The plane pitched up its nose unexpectedly, stalled without warning, are rarely recovered from a fatal spin. Is instruction manual warned that flying for more than 10 minutes at full throttle could set the engine on fire . . .”

And there was worse. Its wings were rarely the same size so it was unstable, the visibility from the cockpit was poor to nil, there was no rear vision, it was unbearably hot in the cockpit or at altitude the Plexiglass canopy would ice over and could cover the pilot's field of vision, its gun sights were rated as somewhere between poorly designed and useless . . .

Oh, and if the worst came to the worst and the pilot had to bail out the ejector seat would occasionally fail.

It was one of these death traps that No flew to the South and freedom.

At the time of Harden writing this book No was alive, well and in his early 80s – living in Florida where he does 60 push-ups a day.

In his former homeland Kim Il Sung's grandson Kim Jong Un runs the Stalinist state with an iron fist, just as his father and grandfather did. And just recently the state media would have you believe he walked to the snow-covered top of the highest mountain in the country wearing just ordinary shoes and coat.

The bullshit gets deeper in North Korea. But really it's just same shit, different day. 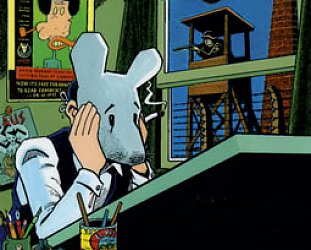 Art Spiegelman – like many authors one suspects – can’t resist looking for his book in stores. But the categories bookshops have are seldom very useful he says, and his book Maus,... > Read more