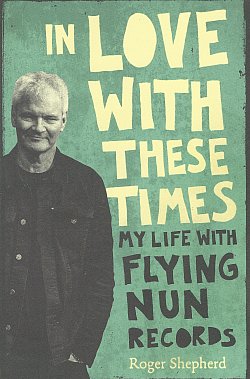 Just as Simon Grigg did with his excellent How Bizarre (nominally about the story behind that remarkable global hit out of Auckland), so too does Flying Nun founder Roger Shepherd here extend himself beyond a mere account of his engagement with the label.

Although subtitled “My Life with Flying Nun Records”, Shepherd's view takes in the surrounding social, geographic, cultural and political landscape. And that not only gives context to the story behind the little label that flew (sometimes too close to the sun) but also proves what an astute and understated observer Shepherd is.

He includes here a spare account of his childhood in Christchurch and notes the different characters of the key cities in the story: Christchurch where he worked, Dunedin where many of the early bands came from, Auckland where he moved when the label became successful.

In elegantly flat but wry passages he peels away the layers of his encounters with all of that and reminds us of what New Zealand was like in the Eighties . . . and by extension what it is like today. Having an office opposite Christchurch's cathedral – which he doesn't much rate, architecturally – was notable for the number of jumpers the spire attracted. When the authorities sealed it off the suicidal took their last moments to top of the building next door.

Shepherd writes of the undercurrents of violence (often sexual violence) which were and still are prevalent in that flat city which, he notes, exiled its university to the suburbs.

Unlike Dunedin where the university is not just the pivot of social life for young people but provided a supportive community of like minds which went out to see bands and subsequently bought their recordings when Shepherd started Flying Nun, because as a fan he wanted to have the bands recorded and to share that music.

Flying Nun, he notes consistently throughout these highly readable pages, was just a label that made it up as it went along. There were no contracts for many years, income and outgoings were written on the back of envelopes, he had no idea of accountancy or copyright or licensing or . . .

Shepherd was and is a fan, but one who had to grow up fast. 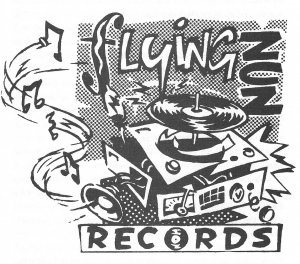 And he was still working a day job as regional manager of six shops around Christchurch.

As the business grew – and clearly he seldom paused to think of it in such lofty terms – more bands recorded, more money came and went, the demands grew (he is candid about his relationship with booze which became an intimate and constant companion) and Flying Nun became a cornerstone of the New Zealand music industry . . . albeit regarded like ill-dressed students at a flashy corporate function.

Shepherd notes that in the decade from 1981 when he released the first Nun music (Pin Group and the Clean), the label put 184 records onto shelves and people's turntables.

But this insightful and often courageously candid book (a few errors, some punches pulled) is less about stats than it is about people: the gifted but sometimes annoying and demanding musicians and bands, those who succeeded despite themselves and those who failed despite their best efforts, those who flew high and those who became casualties (some fatally) along the way.

About all of this Shepherd writes in unadorned, direct prose, sometimes with a smirk'n'wink and at other times with genuine pathos. You can feel some hard-earned truths coming off these well-illustrated pages (black'n'white only unfortunately), and he is a blunt critic too, not afraid to say when albums didn't quite cut it.

A fan, but one with excellent and discerning ears.

In Love With These Times is more than just a book about a record label or Roger Shepherd's life at the helm (and then not when it all became too much and the serious business people muscled in). It is a book about the remarkable Eighties in New Zealand with its side-serving of Robert Muldoon, the rise of an indie-label youth culture borne aloft by loyalty and distinctive music, and most of all about people who made music, posters, album covers and noises which still resonate today.

Again, as with Simon Grigg's How Bizarre, we can say unequivocally that this is an important, funny and sometimes sad book.

Great review - am enjoying the book