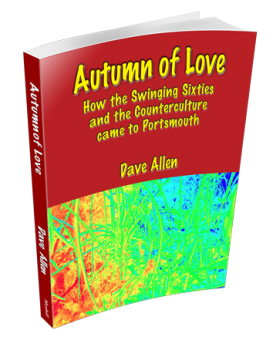 Anyone who has been lucky enough to visit pop music museums and exhibitions around the world – and Elsewhere as seen them in Tokyo, London, Seattle, Sweden and Oslo – will attest to how quickly trends in popular music travel.

Within weeks of Elvis breaking out in 1956 there were copyists and those adopting rock’n’roll in Mexico, Whakatane, Tokyo, Scandinavia and France (and all points between).

Same when the Beatles came along (She’s a Mod anyone?), the arrival of prog (although the Italians had and still have a rather unique take on it), then punk (Norway and New Zealand both had bands named The Dum Dum Boys, and there was more than one Enemy around) and reggae and hip-hop and EDM . . .

This disposable music proves not to be so easy to shake off either and even today there are bands and artists who remain faithful to the “original” music which moved them . . . or their parents or grandparents.

Music trends and the culture which supports them move fast and wide, although it has become something of a cliche to note that colourful Swinging London, for example, took place in a very confined circle of cognoscenti around a few clubs, clothing stores and bookshops while the rest of Britain (and indeed the world) went about its dreary, monochromatic existence. Young people still just went to school or work in factories, offices, shops or tertiary institutions.

Certainly in my files somewhere I have a photo of me in ’69 standing beside John Lennon's psychedelic Rolls Royce but the real information is in the background: ordinary cars, grey people in suits and unglamorous clothes . . .

However it is an absurd overstatement to say, as historian Dominic Sandbrook (born ’74) said on British television in 2012 that “the swinging Sixties only happened to about 14 people in a few privileged enclaves”.

And the man calls himself “a historian”?

That quote is one among many which writer/musician, retired university lecturer and researcher Dave Allen demolishes in his thoughtful, funny, academic and personal account Autumn of Love which is subtitled “How the Swinging Sixties and the Counterculture came to Portsmouth”.

The people behind me and Lennon’s Roller may have looked like they were still stuck in ’61 but, as Allen cogently argues, the ideas which various pop cultures threw up – and he goes from Mods to post-hippies – certainly percolated far and wide.

Well, certainly as far as Portsmouth, a self-contained coastal city just 90 minutes from London where the biggest employer in the area was the naval base. 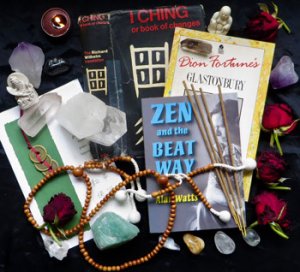 Allen was there as both young observer – he was 17 at the start of ’67 – and participant.

In these highly readable pages he weaves in astute and withering denials of those who hold a limited, not to say inverse-telescope view, of the impact of popular culture in the provinces. But he also offers lively evidence of bands who passed through his city, and nearly all of the main ones and many minor players did. Although every now and again it is strange to read that, for example, Pink Floyd were billed but didn’t turn up. Some bands seemed to have a cavalier attitude to their audience, Or at least those down in Portsmouth.

Allen identifies a vibrant but small Mod scene, local bands and characters, clubs and their colourful owners, how changing fashions and musical styles were quickly adopted, and which locals made a splash on the British pop scene during that shapeshifting decade.

The point he makes is important and universal: it didn't matter if you weren't on Carnaby Street or drinking with the Beatles and the Stones in the Bag o' Nails because the media, the music, whispered anecdotes along the pop culture telegraph and youthful curiosity all combined to ensure the word – whatever it might have been – reached far into the world beyond. To Portsmouth as it flew overhead on its way to New Zealand.

When dealing with the great movements of the period Allen steps out of Portsmouth and London to the messages coming across the globe from San Francisco and at these points he references obscure but important journals, underground press and interviews with musicians, artists and commentators.

Things happened quickly and changing band names tell the story: Local band The In Crowd who played at the Birdcage – Portsmouth had one just like Auckland – changed their name to Tomorrow and left the Mod style behind to become a psychedelic band and in their earlier incarnation were originally scheduled to appear in Antonioni's movie Blow Up, but the Yardbirds got the slot and allowed Jeff Beck to demolish his guitar in front a passive crowd of cool and emotionless hip teens who suddenly went wild. The In Crowd however did get to record a song entitled Blow Up he notes.

It is that attention to small and telling detail as well as anecdotes of personal encounters – Country Joe a special favourite who became a friend whom his band later backed – that elevate this book beyond some vanity publication about a hometown scene.

His own bands become part of an evolving story, and he writes with amusing self-effacement about their shortcomings, ambitions and their nearly-famous career. (“Again, almost nobody came.”)

This is Big Picture writing with its eye on how the centre moved, the margins expanded and the counterculture was adopted, or at least increasingly accepted. Allen moves easily between the audience, the musicians on stage and the commentators past and present. Of those in the present who impose broad-brush dismissals (like Sandbrook, just one among many) he is withering and produces evidence to the contrary from interviews with those who were there.

His musical taste is eclectic – there are as many folk musicians mentioned as Mod groups, prog-rockers and such, as many locals as internationals, local heroes alongside superstars. 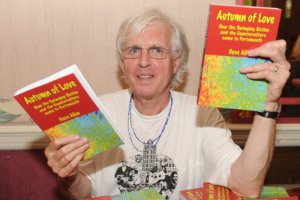 He references key moments, books, counterculture activities and documents with forensic accuracy and an eye for their detail, and then brings it all back home to what was happening in his hometown when the ripples of those – whether it be the I Ching or the Glastonbury cabal --  reached them.

And he seems to have been something of an archivist as he writes about various newspaper supplements, underground or alternative magazines and pop clippings he has kept.

He offers compelling and convincing evidence that many minds were changed forever (“if not for better”?) during those years and the resonance are still there today.

In his final chapters Spirit in the Sky and Aftermath he notes the number of New Age bookshops in Portsmouth, how the counterculture is now just part of the broad tapestry and just in passing that his hometown was where the famous and unconventional Portsmouth Sinfonia (which included Brian Eno) emerged out of the local Polytech's Fine Art Department.

Autumn of Love: How the Swinging Sixties and the Counterculture Came to Portsmouth is a necessary corrective to the cliches blathered about that decade, cliches from both ends of the spectrum.

It is also insightful, enjoyable and for those who might have lived that time out in places as far flung as Auckland or Adelaide or Aberystwyth may have many familiar rings of recognition. Popular culture is like that.

Autumn of Love: How the Swinging Sixties and the Counterculture Came to Portsmouth is available from here.