At the narrative axis of this digressive second novel by Wellington writer Craig Cliff is one of the more idiosyncratic saints in the Catholic catalogue: the 17thcentury Joseph of Copertino who, according to contemporary accounts, levitated when in a state of grace or ecstasy.

It is this aerial Joseph – patron saint of aviators but not the brightest of lights – which expat Kiwi filmmaker Duncan Blake, promising but burned by Hollywood, is given the chance to nail down.

Improbably, Blake is offered the opportunity to do location scouting in Jospeh's Italy (“he'd never really scouted locations, not properly”) for the acclaimed director Frank Motta who has long harboured the idea of a biopic about this odd character.

With his marriage fraying, young son Zeb uncommunicative and his prospects dim (he works at a mediocre chain restaurant Sforza where Motta occasionally eats), Blake grabs the moment and with an old school friend Mack – a woman with a big personality but secrets inevitably revealed on the journey – hires a car and heads to southern Italy in search of the flying saint and the mysteries of his life.

It's an interesting premise – part road-trip, part slow reveal of the central characters, puppeteers behind the curtain – which comes with speculations on Joseph, Blake's own flying dreams, and a digression into a cult (coincidentally headed by another expat Kiwi) which has elevated the idea of levitation into quasi-scientific investigation. There are sometimes oblique conversations, characters encountered who then vanish, strained calls home, an attempted murder and more.

It's a lot to assimilate, more so when the writer pepper-pots references to films and filmmakers famous and obscure, name-drops titles of contemporary songs and artists (there's even a playlist for one drive), and opinions and ideas are voiced as expository passages. Many seem superfluous and appear anxious to be relevant and resonant.

Author Cliff -- who became interested in St. Joseph while on the University of Iowa's International Writers Program in 2013 – presents a catch-all novel which closes with a leap into the mystic which, to some, may come as unexpected as it is unconvincing.

Graham Reid published a 2009 collection of travel stories The Idiot Boy Who Flew, the title story being his lengthy travelogue-cum-essay about driving to Copertino where Joseph was born, the nature of saints and the industry around them, levitation stories across cultures and Norman Douglas' 1915 book Old Calabria about Joseph and Italian culture.

That story is here.

NAILING DOWN THE SAINT, by Craig Cliff (Penguin Random House, $38) 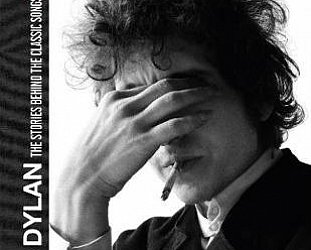 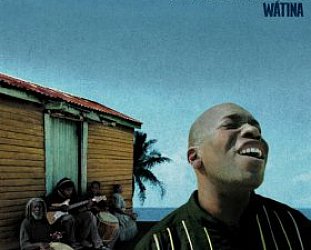