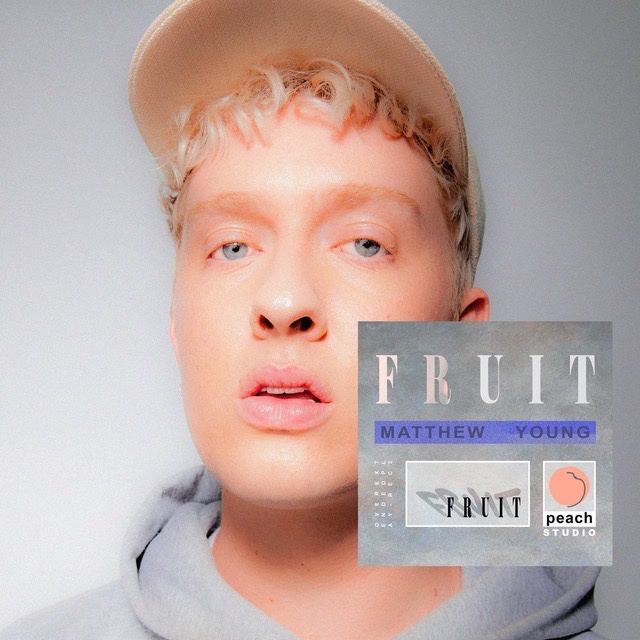 Vocally, you can’t fault Matthew Young. Each of the seven tracks on the Aucklander’s second EP will leave you awestruck, if not because of the musical or even thematic content, then certainly as a result of the stunning versatility in his unusual voice. You’d be forgiven for being reminded of Troye Sivan as you make your way through the EP, but that doesn’t mean that Young hasn’t made this alt-pop sound his own.

From extended metaphors, as in Fix Me Up, to the sensitive yet vulnerable broaching of his mental health issues in Problem, Young will take you on a journey through his most poignant moments. The catchy and almost child-like Hey is definitely the stand out track, with his cover of Kate Bush’s Running Up That Hill coming in as close second, although the latter lacks some of the impact of the original it’s still a valiant effort at a classic track.

The unnecessary use of auto tune in Problem is the only real disappointment, as it masks the vulnerability of the topic at hand. However if the point was the highlight the stigma and what many perceive to be the need to hide our mental health issues, then perhaps it wasn’t so unnecessary after all. 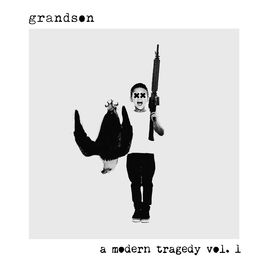 Recently signed to Fueled By Ramen, Toronto’s grandson has joined the ranks of stand-out, genre-less artists that are surely on the cusp of worldwide adoration, following in the footsteps of their label brothers, twenty one pilots. The EP is politically charged from start the finish, fearlessly and without censorship addressing issues such as the uselessness of social media hashtags in times of crisis and the pains of addiction.

First track and single, Blood // Water sets the tone for the processing four tracks, inciting anger in the listener and encouraging action. Despicable is humourless self-deprecation combined with a massive bass drop during the chorus, epitomising the crossover in rock, rap, and dance music that seems to define this EP. This collection of tracks is, quite simply, incredible.

Sonically and thematically, grandson have done everything that music consumers are looking for in today’s industry, and they are well worth adding to your music library to keep you going until we’re hit with volume 2. 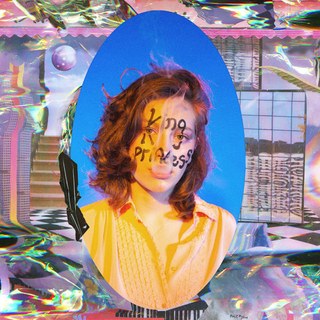 There are few artists that make such a strong impact from the very first listen, but King Princess (otherwise known as Brooklyn’s Mikaela Straus) manages to do just that. Following a slow, short, piano driven intro, King Princess launches into Talia, a story of a failed relationship, accompanied by soft backing vocals and effective finger clicking. In Upper West Side, you’re likely to find yourself entirely entranced from the very first notes, only to be awoken by the track’s repetitive yet catchy chorus.

The penultimate track is on a whole other level of amazing, showing off Straus, vocal strength and seemingly limitless range. The track inspires sexual empowerment and is so incredible, you’re unlikely to be able to move on before listening to it just a few more times.

Closing track, 1950, combines sensual vocals and bluesy guitar to create a chill vibe, juxtaposed with the thematic content that addresses the anxiety that comes with hoping a new relationship will stand the test of time. Make My Bed is what pop should be in 2018. It’s fresh, honest and – above all – makes you want listen to it over and over until you’re totally fed up of it. The four track Showtime EP appears to be split into two halves. The first, which consists of title track Showtime and its follow-up, Situation, implements wind instruments, soul and hip-hop vocals, and electric guitar to create two very complex and multifaceted tracks. Sadly, the diversity which exists in these first two songs doesn’t continue on into the latter half which consists of Serve and Maze. These tracks are heavily electronic and while the vocals in Situation weren’t by any means exceptional, they were still preferable to the heavy auto tuning that masks any semblance of personality in Serve. Maze offers a static and monotonous beat and teases a climax that never comes, leading only to disappointment.

While it’s clear that the Swedish producer has the capability to create something interesting, in these two tracks he has seemingly chosen to go in a more ‘safe’ direction, surrendering his perceived integrity and all but undoing the faith he built with Showtime and Situation.