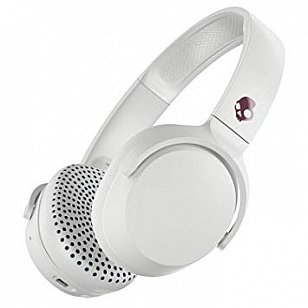 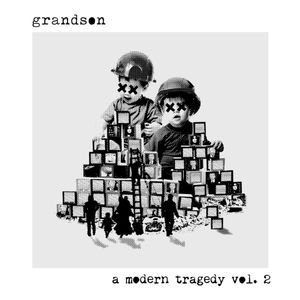 grandson, aka Jordan Benjamin, is new to the music scene but has already made a name for himself through his provocative and uncensored lyrics that convey his strong opinions about the world. Hailing from the Canada/the US, Benjamin has been immersed in what sometimes appear to be an apocalyptic reality, and his angry, erratic music highlights his thoughts on a number of hot topics born out of polarised politics and a nation that often seems to be fueled by panic.

His latest release is the second chapter of his Modern Tragedy series, which kicks off with the latest single Apologize which acts as a reminder to let go of the past and refuse to regret any past experiences or actions. Stigmata follows, and is the heaviest, angriest track on this EP - an attack of sorts on censorship and the treatment of whistleblowers who are only trying to bring truth to the world.

Ultimately, this second chapter feels more motivating and inspiring than it’s predecessor, pulling from personal experience to offer advice, though not always in a positive way. Is This What You Wanted addresses the lack of understanding that music and politics can overlap, and the way that people who embrace this overlap are treated by the public. It’s a definite ‘fuck you’ - highlighted not only by the lyrics but also the aggressive tone of the music - but can also be seen as Benjamin telling his fans to not give up when you feel vilified.

Fallin (Temptation) is more hip-hop inspired that most of grandson’s previous material, touching on our lack of willpower and tendency to repeat our mistakes, a concept cemented by simple yet powerful line, “I said it was the last time, last time”. It leads into Darkside, which is the closest this EP comes to resembling 2018’s Volume 1, both musically and thematically. Again we find Benjamin blaming the corporation and lack of governmental health support for eventual violence in America’s youth.

A Modern Tragedy Vol. 2 is an important continuation of the message grandson is trying to communicate through his platform as a musician. It’s deliberate and aggressive, demanding change on a systemic level by highlighting ingrained issues within society. Sonically it’s catchy and fierce and will undoubtedly start conversations that need to be had. 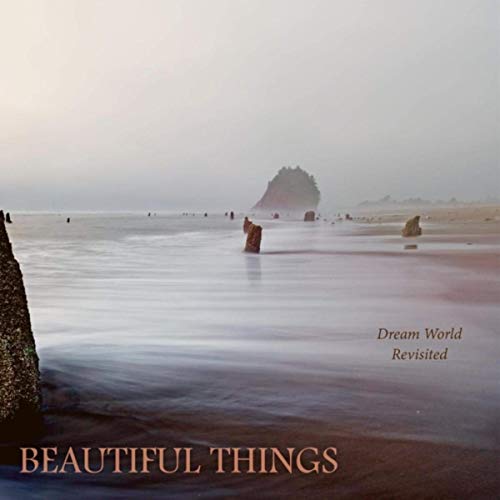 The songs on Dream World Revisited were initially released over a decade ago when lead singer, Dina D’Alessandro, was a solo artist. Now joined by a band, the music draws from other influences, with the intention of breathing new life into these old songs.

While D’Alessandro hails from Arizona, her two new band members come from England and Mexico, bringing their international experience and injecting into D’Alessandro’s music. The re-recordings feel like an attempt at modernising these songs through the use of ethereal pop-rock, but not one track lives up to the calibre of music being released today.

D’Alessandro’s vocals, while objectively strong, will not be to everyone’s tastes, and comparisons to Kate Bush are mostly unfounded, and can be considered a disservice to Bush and her undeniable talent.

Overall, the EP is pleasant. It’s dreamy and blissful, freeing and sometimes cathartic, but it is nothing groundbreaking into today’s industry and is unlikely to make a name for this newly formed band. 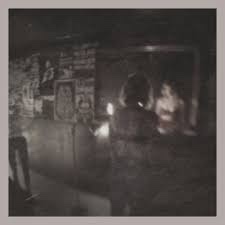 Becoming is a punch to the gut. From the very first moments of the EP, the wind is forced out of you by the punk rock/grunge sound this New Zealand band have created, and a number of emotions swim around your mind. A perfect example of modern day punk, it focuses on our selfishness and unwillingness to help the world, rebellion, indoctrination, anger, hate, and revenge, and has you experiencing all of these things as you make your way through each track. Powerful vocals accompany strong base lines, slow build ups and uncensored lyrics. As the EP closes, you’re left with a bitter taste in your mouth while the line, “I will smile at your defeat” replays in your mind.

For a new band, there’s an impressive amount of professionalism, and should the right opportunities come along, there’s no reason as to why The Diamond Dead won’t continue to grow in popularity across New Zealand, and - with any luck - the world. 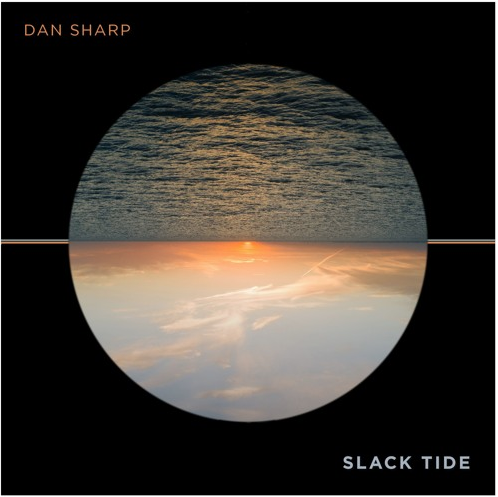 Fueled by acoustic guitar and pained lyrics, and accompanied by a lovely, husky voice, New Zealand’s Dan Sharp has all of the tools to become popular among the masses. Opening track, Tiny Ruins, is not dissimilar to Ed Sheeran’s earlier releases, starting slow and quiet before picking up the pace and becoming more catchy and smoothly transitioning into Lifeline, a funkier, more upbeat track from the offset. By track three, Sharp is tugging at the heart strings, describing a relationship that makes you the best version of yourself while accompanied by electric guitar and echoing vocal effects. If Kindle and Coal is romantic and uplifting, Satellites will break your heart as Sharp softly addresses the pains of loving someone from afar through the use of harmonised vocals. This track is expertly complex, adding layers as it progresses, an impressive feat considering how new Sharp is to the scene. Slack Tide ends with the sexiest track of all, Have to Change, leading us to the end of a relationship by touching on the strains we might face with our partners.

Dan Sharp has ample potential, already showing off his deeply ingrained talent and ability to appeal to an audience’s hopeless romantic side. Slack Tide is quite simply an excellent first release, and will surely lead Sharp towards a fruitful career in music.