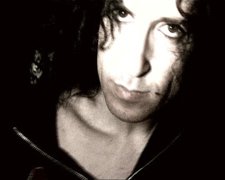 Gordon Raphael’s small and shabby studio rooms near London’s classy Docklands have all the obligatory paraphernalia of most recording studios: a deceased lava lamp, Iggy Pop and Hendrix albums stacked up, and Houses of the Holy on a battered turntable.

One wall is covered by a swathe of material with an eye-abusing design located somewhere between early Sixties pop art and late Seventies kitsch, and an amp box which belonged to the late John Entwhistle of the Who acts as table beside the computers. But most telling is the framed gold disc, still shrink-wrapped, of a Strokes album tucked against the wall in the corner. There’s another, also casually stowed, in the other room behind a couple of guitar cases in this studio Raphael calls the Silver Transporterraum.

The focused, intense and amusing 46-year old is the producer who kept the Strokes’ sound simple over an EP then two albums. Despite the band trying out a couple of other name producers, it was the little-known Raphael they came back to, twice.

From beneath an unruly halo of hair which looks like it’s been slept in, Raphael tells his rock‘n'roll stories and why he is now based some of the time in these run-down rooms in an even more bedraggled-looking brick block in London.

For a man who produced the elemental Strokes, his own tastes run to prog-rock. Raphael spent seven years as the keyboard player in one of America's great baroque, psychedelic rock bands, who were big in Seattle and virtually ignored everywhere else. And it was because of another son of Seattle that he came to England.

“l’ve always liked British rock ‘n’ roll but one of my favourite artists is Jimi Hendrix, my favourite of all time, a Seattle boy just like me, who tried to make it in America but no one cared about until someone from England brought him over here and launched him.

That always registered to me, so my ear and eye was always on England.”

As a kid, the first live act Raphael saw was Janis Joplin, and later he loved bands from the British punk and new wave school like Siouxsie & The Banshees, the Cure and Bauhaus. He was in bands from the time he was 13: “I played piano and electric organ, got into psychedelic music and prog rock, was influenced by Zappa and Bach, Bartok and Hendrix.”

In 1991, he joined Seattle’s alarmingly trippy Sky Cries Mary, whose shows during the grunge years used oil lamps and trip-inducing lighting. They were different and, in their own mad way, quite brilliant. Their 1995 album, Return to the Inner Experience - with their cosmic version of the Stones’ 2OOO Light Years From Home - is still the best value in any bargain bin.

“Sky Cries Mary was the 24th band I was in,” says Raphael, “but the first that ever got a record deal and get to tour. That was a great moment and at that time being from Seattle you could do no wrong. But we were nothing like Mudhoney or Nirvana. We had a girl in the band, keyboards, a DJ and a psychedelic light show - which was kinda different from four stocky boys in flannel."

Raphael amicably left the band after seven years, three albums and an EP. Throughout that period he had made his own music, had heard a young singer, Anna Mercedes, with whom he put together the band Absinthee (“gothic and dark”), and they relocated to New York after the Seattle scene withered. He expected things to happen for Absinthee but they didn’t, so he threw himself into learning studio production, got some gear and started going to clubs hustling bands to record with him.

“One routine night out I saw two bands in a small club playing to about 50 people, one was called Come On and the other was the Strokes. I said I had a studio and invited them down but Come On -- the one I preferred -- didn’t show. But the Strokes came and checked me out.

They told me sad tales about other studios that didn’t sound good and that they’d never been that happy with what they got. They weren’t that hopeful I was going to be any different, but my basement studios had a more comfortable feel than the corporate studios they'd been in which look like they are catering for cat food executives. So that’s how l met them.

“They gave me a chance and we did three songs in three days and that became the Modern Age EP, which we didn’t ever think was going to be released, we thought it would get them to other people.”

The EP was released through Britain`s Rough Trade label and the Strokes’ career was underway.

But for Raphael it was business as usual, hustling for production work, until he got a call from the Strokes’ singer, Julian Casablancas, inviting him to dinner.

"He sat me down at a restaurant and said, ‘A label in the UK has got us this producer Gil Norton'. I said, ‘I know who he is, the Pixies, Foo Fighters, he’s massive. He said the record company wanted him to produce their next demos. Then he said, ‘But if you tell me you are a better producer than him we’ll use you because we want to use you and we like you. But if you tell me you're not a better producer then we’ll use him’."

As a novice who hadn’t sold a record compared with Norton’s 10-year track history and millions of units shifted, Raphael could hardly make that claim.

Casablancas said he had to do what was best for the band and because Raphael hadn’t nailed up his claim, the singer called him insecure and walked out.

“I thought, there goes a potential career out the door.” 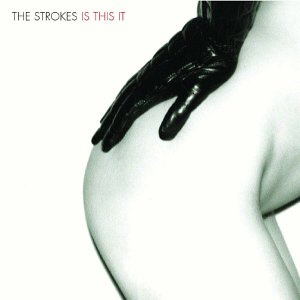 But three weeks later Casablancas was back. The Norton sessions hadn’t worked out and he was depressed. Raphael heard the demos (“You could hear the professionalism and cleanliness, that wasn’t what l’d done with them”) and was back on board. The result was the Strokes' 2001 breakthrough album, Is This It -- then came an invitation to go to England, the land of his dream bands.

“After the album came out I got an e-mail from some brothers who lived in Oxford who asked if it was possible for me to produce their record. I thought it would be cool to record something in England.

“So I did a week of pre-production in their studio and then the plan was to take me to a really big studio in Wales and then Abbey Road to master. It was a big affair and I was excited. But the day before we were going to go to the big studio they sat me down in the kitchen and said, ‘We don’t think you know what you're doing as producer and we don’t think you like our music’. So they fired me.

And so Raphael didn’t produce Radiohead but, because he now had time to kill, went to London and set himself up in a studio.

In 2002 he recorded 30 bands, hit the clubs and met people when he hung out with the Strokes at the Brit and Brat awards. But for most of the two years after Is This It, Raphael rarely spoke to the band and started to feel nervous they were about to go into a studio again without him.

He called Casablancas and went to his apartment.

Casablancas - whose intellect and ears Raphael respects immensely -- was in a serious mood, felt he needed to write better songs, and was troubled by the expectations put on the band. Raphael says it was disappointing to see someone who wasn’t enjoying his success but worried about the next stage. The Strokes planned to record demos with Nigel Godrich, who had produced Radiohead, but a month later Casablancas was inviting Raphael to New York to take control for what became their second album, last year’s Room on Fire.

The irony of Raphael being rejected by Radiohead, then winning the job over their producer is not lost on him.

Since then, Raphael has put his energies into a few artists loosely "signed" to his Shoplifter Records.

The idea of doing a label had been with him since the Seattle days, when he recorded dozens of local bands and says he mentioned to a friend that he was thinking of starting a label. Three months later the friend – Jonathan Poneman -- had started SubPop and taken the bands Raphael had mentioned.

Raphael isn’t going to let that happen a second time. 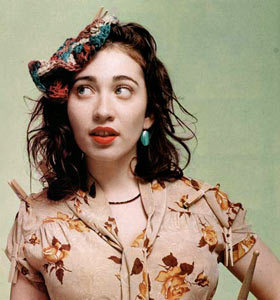 Today he flits back and forth to New York, and has a star in the wings with Russian-born NYC raised singer Regina Spektor who has opened for the Strokes and recorded something with them.

“She plays piano like Mozart, sings like Joni Mitchell and the lyrics are like the Mouldy Peaches, she was so amazing I had to make an album with her.”

He also helms his own band, Crystal Radio, has a potential winner in Kill Kaneda, and now has major labels knocking at his door. In the hour we chat his phone rings constantly. Blondie is mentioned at one point.

Raphael is a complex and contradictory character: his background and first love is pomp-rock (he plays a new track he’s working on, it’s sprawling and very mid-70s with Yes and Focus its reference points), yet he has made his name with a raucous and minimal rock‘n’roll band.

He runs a monthly club night in London, is a regular contributor to London's rockfeedback.com, has irrepressible energy, and a grab bag of good stories to tell. He doesn’t even bother to mention he played keyboards for the Psychedelic Furs for a while. On his label website he describes himself as a producer and space-pilot.

But Raphael has seen opportunities pass him by and is determined it won't happen again, so he’s flinging himself, almost indiscriminately, into recording many bands cheaply -- you suspect in the hope of finding another success like the Strokes.

But he has always loved being on stage which is why Crystal Radio is a priority.

“Right now it’s looking good,” he says in his rapid fire manner full of typically ebullient American confidence. Then he adds in a tone which could sound slightly desperate. “If l don’t do my music now I might never get another chance.” 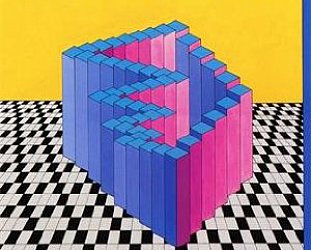 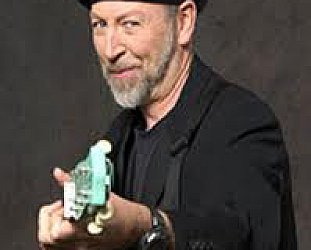 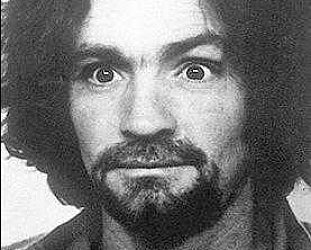