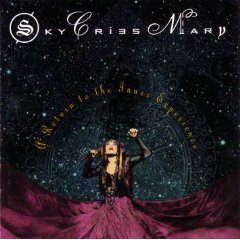 Shall we around this point try to be serious?

At the same time as grunge was emerging in Seattle there were other things going on in that city, it wasn't all lumberjack shirts and flailing emotional intensity.

The quite exceptional Green Pajamas were delivering superbly melodic, post-Beatles pop (grounded in a rather more Romantic and visionary offshoot of Rubber Soul and Revolver).

And the large ensemble Sky Cries Mary -- which took its name from an angled version of the title of Hendrix's song -- was creating sprawling, trippy trance rock with heavy psychedelic and dance overtones.

SKMary formed around Rod and Anisa Romero (husband and wife, he a multi-instrumentalist/singer and she the powerful, slightly ethereal voice) and a revolving door of members which early on had Ken Stringfellow and Jon Auer of the Posies, and drummer Scott Mercado (later of Candlebox). Later it included keyboard player Gordon Raphael who went on to produce the first couple of Strokes albums and who gave Regina Spektor her first studio sessions. Gordon is interviewed about all that here.

Their sound was pure '68 (specifically Grace Slick as if she was fronting a band made up of members of Country Joe and the Fish, the Grateful Dead, Pink Floyd and workers from Owsley's acid factory). It was filtered through raga-rock and late Eighties/early Nineties DJ programming and turntabling.

They released seven or eight albums -- labelling hopping upward from indie to Capitol and then Warners --- but broke up in '99, only to reform a few years later. The Romeros still front another version of Sky Cries Mary, a band that needs to be sampled as much as heard, if you get my drift.

This spaceflight-on-acid version of one of the best Stones song from their only LSD album Their Satanic Majesties Request ('67) is but a hint of what they could do. It is on their album A Return to the Inner Experience, which wasn't grunge by a very long shot.

And we are going uuuuuuuuppp . . . 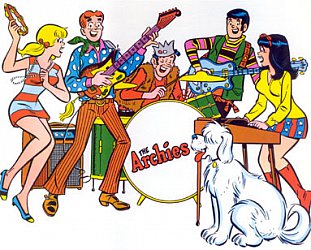 Okay, it's irritating rot-your-teeth bubblegum . . . but wait, there is more to this than you might think -- and remember it came out in the year of Altamont, Hendrix, the Manson murders and so on.... > Read more 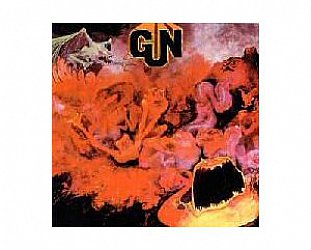