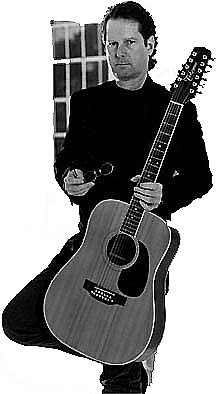 When Jim McGuinn changed his name to Roger in ’67 during a period of chaos without and within for The Byrds, there were those who thought it was an elaborate hoax.

Jim had taken off to Rio and been replaced by his lookalike brother, said Paul-is-Dead paranoids and conspiracy theorists. Hence the wry in-joke title on his album Back From Rio in 1990, McGuinn’s first solo outing for about 12 years.

in the two decades Jim was “down in Rio” (and Roger making neat albums like Cardiff Rose), Tom Petty had built a career on The Byrds‘ vowel-dragging singing, close harmonies and jangly guitars.

So it was only right Tom and a heap of Heartbreakers (plus Elvis Costello and some ex-Byrds) should drop by to help their mentor on Rio.

Not that he needed much assistance. The Rog’ n' Rlckenbacker sound he defined back in the Sixties made this one as sweet, sharp and instantly familiar -- but beefed up for the Nineties. 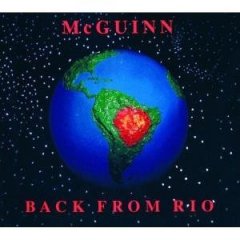 When McGuinn hit that chorus on The Time Has Come, chimed out the chords on You Bowed Down or shared lines with Petty, you got an unnerving and cheerful sense oi deja-vu.

The duet with Petty on the co-written King of the Hill is the prime cut. The lyrics locate it in the coke-palace rooms of Hotel California and the fierce melody is driven over a bed of stabbing steely-knives 12 strings.

The Trees Are All Gone races off down a dragstrip of stinging guitar noise, and Costello's You Bowed Down sounds like an open letter to those who still remember McGuinn fondly, but with a typical Costello (Dylan?) spike: “I suppose you’re entitled to know why I’m making contact," it opens, then sideswipes you with “we broke that vow, independently now, but I don’t know why you absolutely deny, you bowed down."

Unfortunately, not everything was as good. The acoustic ballad Now That You‘re Gone aimed for sirnplicity but ended up trite, and a song about carphones (?) can't really be salvaged, not even by a guitar solo filched from Eight Miles High or a Beatles joke. You’re Love Is a Gold Mine, co-written with Dave Stewart, was lumbered with a lousy lyric -- but a massive hook. And huge powerpop “folk-rock” hooks are everywhere on Back From Rio.

The purest slice of Byrdsian rock is If We Never Meet Again. Over huge guitars McGuinn, with quavering, plaintive optimism, sings “you can’t blindly fight your enemies, you can’t blindly follow your friends, I know it's happened so many times, I guess it's gonna happen again . . . but you got to have faith..."

At that point Back From Rio had the same simple eloquence which defined The Byrds. And ironically it was written by Jules Shear (formerly of Jules and the Polar Bears), who must have got the same buzz as Petty had when McGuinn covered his Byrds homage American Girl.

What goes around comes around, which raised questions. What were and are you enjoying here? When McGuinn sounds most like himself? Or like Petty? Or even that magnificent one-off comeback album for The Searchers back in '80?

Most likely it’s some personal memory emerging like a slowly developing photograph.

But damn the torpedoes, it was yesterday once more with Roger from Rio. If you put the best stuff here on a loop tape in the car then late at night when you‘ve got an edge on, you'll roll down the window and take the long way home.

Back From Rio is, even now, that kind of album.

There is an encounter with Roger McGuinn here.