Photographer Bob Gruen is affable and chatty but clearly on autopilot. His stories, good though they are, are worn smooth by repetition.

The stories may have been honed down -- that’s forgivable, he’s been on the international media circuit since February -- but this New Yorker can keep an audience captivated. After all, here is a man who enjoyed access to the inner sanctum at John Lennon and Yoko Ono’s Dakota apartments. 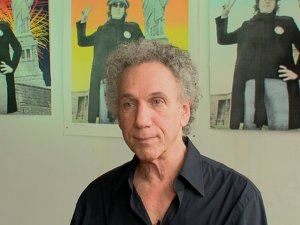 Gruen, in town to promote his handsome, expensive Sometime in New York City book of Lennon/Ono photographs, can quickly run through his well-rehearsed answers.

Still, is people will ask the same old questions . . .

But how can anyone not inquire, “How did you meet John Lennon?“ (He was asked to photograph them to accompany an article about Lennon working with New York rock band Elephants Memory back in '72, when the former Beatle was in his political sloganeering phase. They hit it off, Lennon was living round the corner . . .)

Or ask where he was when Lennon was shot in late 1980? (Developing Lennon/Ono photos he’d taken a couple of days before and due to deliver to their apartment later that night . . .)

These are the inevitable questions, yet Gruen is still an active photographer -- he’d recently been at concerts and in the studio snapping punk poet Patti Smith, and after his New Zealand and Australian promo tour was off to the opening of the Rock‘n’Roll Hall of Fame in Cleveland.

And he can talk knowledgably about the current wave of English pop bands, although he doesn’t care much for their retro Seventies sound. (His repeated refrain is along the lines, “the thing that cracks me up is the number of kids I meet who tell me when they left home they took all their dads’ albums -- the Beatles, Dylan and Hendrix. When I left home I didn’t take the Tommy Dorsey albums. It’s not that they’re taking their high school records; they are taking their dads“).

But as one of rock’s premier photographers who literally grew up in a darkroom at his mother’s knee, he counts among his friends the Lennon circle and former Clash member Joe Strummer, whose wedding he attended. His photographs of the Sex Pistols (one in the Hall of Fame’s cafeteria) and the New York Dolls are as famous as his Lennon and Ono images. Yet his limited-edition book -- credited equally to Gruen, Lennon and Ono -- is noticeably short on intimate and informal pictures. Magnificently packaged the book may be, but many shots are proof sheet variants of his much-publicised pictures (Lennon at the Statue of Liberty, walking in Central Park with Yoko). It has all the hallmarks of the officially sanctioned project and Gruen concedes as much.

"And at the time there wasn’t an immediacy about it -- he was only 40 and we expected this just to go on. You don’t realise how precious time is until it’s gone.”

“People always say, how did you get to be friend with John Lennon. But how does anyone get to be friends? You meet somebody, you like them, you meet them again, you find you both like fishing or whatever ….

"I had an old Volkswagen and we used to ride around in that. He was the kind of guy who’d rather get a ride in a Volkswagen with a pal than hire a limousine. He very much enjoyed being an average kind of guy. And he was just a friend, really. It’s that simple.

"For years I had all those thoughts about what if I hadn’t been late that night. Maybe I would have picked him up and we would have gone to dinner; the guy [Mark Chapman, Lennon’s killer] would have been gone … Stuff like that.

"You never get over it, you just learn to live with it. 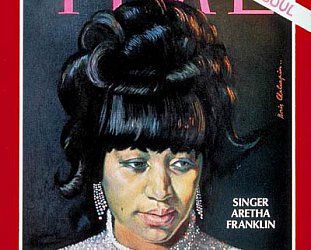