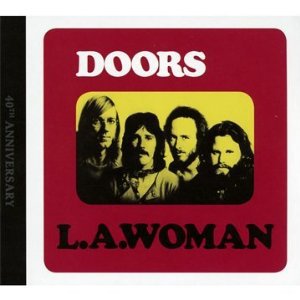 On record at least, the Doors career began and ended well. Their self-titled debut album of early '67 arrived in the same year as any number of striking first outings (Hendrix, the Velvet Underground, Country Joe and the Fish, Moby Grape etc) and classic albums (Cream's Disraeli Gears, the Beatles Sgt Peppers).

And in this company, the Doors' dark and poetic music stood apart as owing nothing to the psychedelic mood of the era, let alone pop music and rocked-up blues.

And then, as they say, it all went horribly wrong.

Just three years later, the Doors' final tour at the end of 1970 lasted just two shows. At the second, in New Orleans, the once-charismatic Jim Morrison – increasingly a booze addict and unpredictable – smashed his microphone repeatedly on the stage, collapsed and then refused to carry on.

Backstage afterwards drummer John Densmore, keyboard player Ray Manzarek and guitarist Robby Krieger had a meeting – the air would have been blue – and decided that as a live act the Doors were done.

The previous two years had been chaotic: There was the notorious Miami concert in 69 where Morrison allegedly exposed himself and the court case and appeal dragged on, he was drinking constantly (and rarely washing by most accounts) and audiences were coming just to see him screw up. Often he would oblige. The albums got worse.

Yet before and after what would become that final concert, Morrison was in the studio with the band recording LA Woman, widely regarded as the Doors' return to form. And he was only having, as sportspeople say, “a few beers”.

Drummer Densmore – now a 67-year old grandfather – recalls the sessions as among his favourite, in part because their longtime producer, the perfectionist Paul S. Rothchild, quit at the start so the band and engineer Bruce Botnick took control.

“I knew Jim was going down,” says Densmore, “but was very pleased that somehow, despite his self-destruction, when we rehearsed, wrote songs and recorded, he showed up. He pulled it together. When people ask me what are my favourite [Doors] albums are I always say LA Woman and [second album] Strange Days. Strange Days because we got more relaxed in the studio and began experimenting and having fun.

“But LA Woman we did in our rehearsal garage like the original garage of Ray's parents, and we got back to our essence. [Jim] was empowered by the idea we were co-producing with Bruce. We were thinking we were the bosses and stepping up to the plate.”

LA Woman – now given a 40th anniversary remaster/reissue with outtakes and unreleased tracks including their jam on the blues standard Rock Me – was mostly blues-based. But it has some of the band's most enduring work including Love Her Madly, Riders on the Storm, the groove-riding title track and Morrison's most successful spoken word piece The WASP (Texas Radio and the Big Beat).

As in the past, the band called in additional musicians, this time bassist Jerry Scheff (from Elvis Presley's touring band) and rhythm guitarist Marc Benno (from Leon Russell's Asylum Choir) to fatten the sound.

In the expanded edition some of the outtakes and extra tracks – which include the two bonus songs on the “40th anniversary mixes” edition of 2007 – are excellent (Manzarek energised on Love Her Madly) but the previously unreleased She Smells So Nice could only charitably be called a minor entry in the Doors catalogue. Morrison is poorly recorded and the lyrics fall far short of the poet he claimed to be.

However the rehearsals are often interesting, not the least for Morrison's asides before the songs start. A run-through of Riders on the Storm is initially delivered as a cowboy song where Morrison sings the theme to the range-riding 60s television show Rawhide at the end.

He sounds like he's having fun, and at other times taking everything seriously when required.

Unbeknownst to Densmore and the others, this would be their final album together . . . although you might guess they could have suspected as much.

When LA Woman was released in April 71, it was met with critical acclaim . . . although Rolling Stone's Richard Meltzer – a seriously bad and befuddled writer – advanced the line the Doors were comedic and “there isn't one serious cut on this album” only to also note “the Doors have never been more together” and there wasn't “one bummer cut on the entire album – a first for them”.

Meltzer concluded it was “the Doors' greatest album” which might have made Morrison happy. But by then he'd checked himself out of rock and had moved to Paris to become either a serious poet or a much more diligent alcoholic.

He succeeded at the latter.

Fewer than six weeks after the Stone review he was dead.

For the full interview with John Densmore at Elsewhere, go here.

For more on the Doors go here. 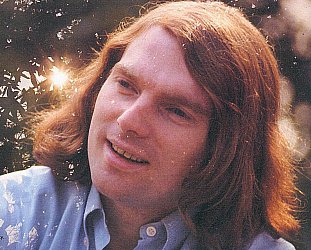 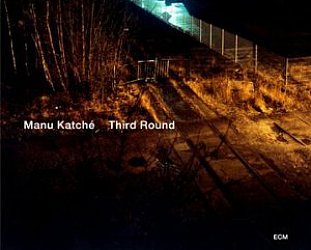