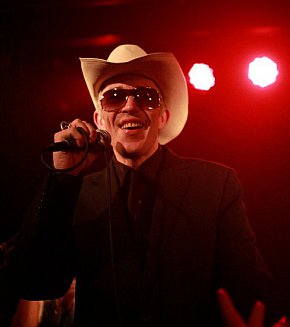 On paper, it doesn't work no matter which way you look at it. A sound which brings together techno-dance beats with American country music and upbeat hand-clap gospel?

If you tried to sell it as a concept you'd be turned down at every corner, as Alabama 3 out of Brixton in London were by big American record companies like Sony and Geffen.

“Someone told me, 'You cannot mention fucken Hank Williams and My Little Light's Gonna Shine in fucken techno',” says the band's Rob Spragg aka Larry Love.

And despite an unwelcome musical climate at the time, Alabama 3 – who tour New Zealand in March and play the Taranaki Womad – just kept on going with their good natured, often ironic and humorous, dance music which pulls in threads from country'n'western, the blues and the joyous spirit of gospel churches.

The Guardian recently called them “the best live band in the country”. 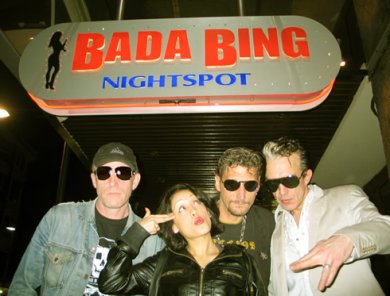 Their most conspicuous success was having their song Woke Up This Morning remixed and used as the theme music to The Sopranos.

But the affable, plain-spoken Spragg takes more delight in the fact they are still here when all their much acclaimed pop-peers have passed on.

“You got to bear in mind we came at the time of Britpop, and we'd been doing stuff for five or 10 years before that with the soundsystem and acid house. This idea came to us one night when we were off our heads on something I'm not going to specify, and we thought it would a good idea to mix gospel with trance music and techno, and it worked.

“But at the height of Britpop in '96 and '97 when Oasis and Blur were around we come along and say, 'We ain't British, we're Ameeeerican' and we paid homage to the blues and country – and refused to be part of this British invasion in that political climate.

“We were sacrilegious and Tony Blair had just got in and was courting all these English musicians to be cool. Well, I'm Celtic so I wasn't wanting to be part of that imperialism. And we got castigated for that.

“The NME at the time gave us one out 10 for the album [Exile on Coldharbour Lane, a play on the Stones' Exile on Main Street and named for the notorious street in Brixton where dope dealers operate]. They said we were a monumental waste of time and that our life was going to be short-lived.

“I knew that was going to happen and we had a lot of resistance in terms of what we are doing because during Britpop we were sampling Americana and selling it back to the Americans.

“We didn't have any friends back then . . . but we're still standing. And where the fuck are Embrace now, know whorrImean?”

In a curious way – perhaps through the agency of his drug consumption and growing up in the techno-rave culture -- what Alabama 3 do was almost a natural consequence for Spragg.

“At the end of the day I'm the son of a preacher man, all my family are Mormons apart from me. So I was brought up on American gospel music that I'd hear in church, and I think rock'n'roll music is very similar to religious music. It's about people putting their hands in the air and going crazy and celebrating, whether it be Kurt Cobain or Mohammed or whatever.”

He is a huge fan of Townes Van Zandt (“I slept in the last bed he slept in, in Galway”) and notes that although neither the English nor American audiences got them in the early days, the Irish took to them straight away “because of the Celtic tradition in country music, and they liked their techno too”.

“I'm Welsh and where I come from is a mining community and outside the pub you'd have a sign saying, 'Performing tonight: Dai Evans doing Merle Haggard' and there'd be a big fat miner with a stetson on singing proper country. I love that.

“In England there's a certain embarrassment about the sentimentality which surrounds country'n'western. But I don't believe country music is just about Nashville, it's about Townes Van Zandt, Steve Earle, Johnny Cash and those people.”

Although Alabama 3 practice a rare combination of musical styles – which leans more on dance than country'n'western usually – it has found its place and last year they appeared on a Womad bill in Britain for the first time. Spragg says the organisers “understood our transcontinental musical aesthetic”.

“It's not a novelty thing, we are very clever at being what looks stupid. With hand on heart I can say we are elegant practitioners of post-modernist country'n'western acid house.” 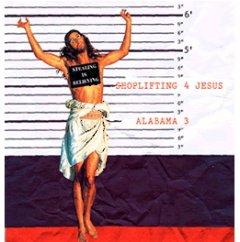 And there is plenty of humour in a band which can entitle a song There'll be Peace in the Valley . . . When We've Got the Keys to the Mansion on the Hill.

Their most recent album is Shoplifting for Jesus which comes wrapped in a cover unlikely to make it onto shelves in many American record shops.

Spragg says his manager won't allow him to say people should buy their album (“It sounds cheap to say it”) and is pleased that people can simply file-share.

“Bill Gates unleashed the worldwide web and there's no way you can regulate it. The way music has been manufactured and commodified started because in 1912 or whenever someone found a way of putting music onto acetate and an industry developed around that.

“But I'm excited people aren't buying records and they are doing iPod shuffles and sharing, music cannot be commodified.

“There is an irony we've got an album called Shoplifting for Jesus and no one's buying it so we're skint and can't afford a spliff. Maybe people should make a donation.

“Stealing is believing,” he laughs, “but there's no way I can encourage people to buy the record.”

Alabama 3 who shed and gained members in the past 20 years, have clocked up nine albums (including an acoustic set and the Beatles-referenced Revolver Soul) and are touring regularly. 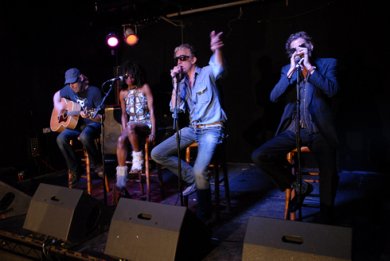 On their sweep through New Zealand they deliver their “acoustic and unplugged” set (right) but Spragg says not to worry, they can pull a crowd to its feet even with that.

“It's not just late in the evening we get them dancing, we can get 'em dancing in morning as well,” he laughs.

And what of that song which took their name to a worldwide audience thanks to The Sopranos?

“I tell you man, that's a funny story. The song wasn't written about gangsters and we made more money out of Nas the rapper sampling that 'got yourself a gun' line.

“In no way are we embarrassed by that. We've been on The Simpson three times because of it.

“If you wanted to live in America, what street do you want to live in? I want to be in the house between Homer Simpson and Tony Soprano, cartoon characters and gangsters.

“And that's where we live.” 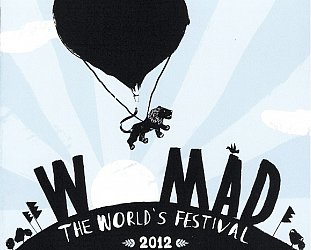 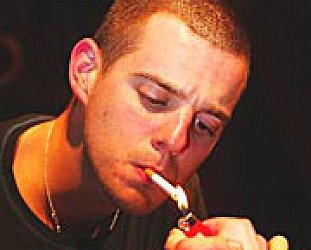 This is called an irony: on The Streets' new album A Grand Don't Come For Free the mouth behind the street-smart monologues, Mike Skinner, bangs on about how his cellphone keeps cutting out.... > Read more 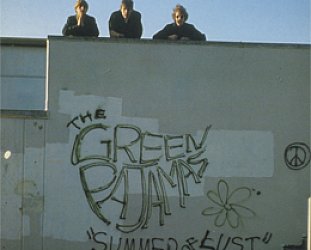