You could almost make the case that the music and life of Woody Guthrie had become better known in the past two decades than it was at the time of his death in 1967. Certainly in the very early Sixties when Bob Dylan was borrowing heavily from Guthrie's speak-sing folk style, his name was out there, and folkies in particular have always held him in particular reverence.

But put aside the unofficial American anthem he wrote (This Land is Your Land) and some vague ideas about his itinerant lifestyle during the Depression, and Guthrie's music seemed to slip steadily away from the mainframe.

Then Springsteen referenced him, John Mellencamp and Joe Strummer (who styled himself “Woody” in his pre-Clash days) spoke about him, Billy Bragg and Wilco put out the two Mermaid Avenue albums using Guthrie's unreleased lyrics at the urging of Guthrie's daughter Nora who curates his estate . . .

And Nora Guthrie has been actively inviting musicians in to go through the archives. The Klezmatics did an album of his Jewish lyrics in 2006, and more recently bassist Rob Wasserman released Note of Hope; A Celebration of Woody Guthrie with contributions by Ani DiFranco, Madeline Peyroux, Lou Reed, Jackson Browne and others. 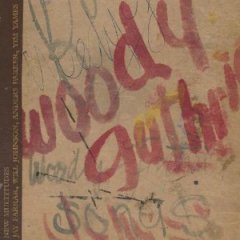 But of most interest is the informal alt.country supergroup of Jay Farrar (Son Volt, Uncle Tupelo and Gob Iron), Jim James (My Morning Jacket), Anders Parker (Varnaline, Gob Iron) and Will Johnson (Centro-matic, South San Gabriel) who went through Guthrie's journals and have come up with the excellent album New Multitudes.

In songs which have aural reference points in the Band, the Byrd's folk-rock, early electric Dylan and REM, the group has delivered a collection that pulls Guthrie's personal and political lyrics back into the frontline again.

A call to Jay Farrar – who heard Guthrie before he heard Dylan – at home in St Louis catches him preparing to take the music on the road for a brief tour.

I'm aware of some of the other Guthrie albums out there so I wouldn't mind going back to the start. I imagine Nora approached you, opened the archives and you had to look through acres and acres of Woody's words?

Yeah, if all the words were spread out they probably would cover acres and acres. I was there for maybe three or four days and didn't even see half the lyrics. It's quite a repository of all things Woody with his lyrics and journals.

Did some make these lyrics themselves known to you immediately and you felt you could so something with them?

Yeah, it was a process of going through the lyrics and in some cases the journals – like for Hoping Machine, that came from one of the journals. Usually it was some personal connection or frame of reference, or in other cases it was just the subject matter seemed very compelling.

There is a bonus CD coming out which has 14 extra songs, and they have Woody tackling prostitution, cocaine, a song called Jake Walk Blues which was a particularly American phenomenon, it's about the way people walk after drinking wood-base alcohol which gives people nerve damage. They would walk a certain way.

I understand this was originally going to being a solo project?

Well, Anders Parker and I had a side project called Gob Iron back in 2004 and we thought originally this could be an extension of that. But the project dragged on into 2006 and in 2009 Jim James visited the archives. Nora played him the music Anders and I had been working on. At that point we spoke and decided to join forces and bring will into the mix. I'd met Jim in 2004 at a Gram Parsons tribute concert. Poems and journal entries are not necessarily songs so did you re-order lines and struggle to find choruses?

Every song was different and in the case of Hoping Machine those words were taken from one the journals which for the most part were often free-form. They could comprise of things pretty routine like, 'Get up 9am, brush teeth 9.30' then right after that he would dive into something philosophical or profound.

My understanding is these were all from the late Forties/early Fifties . . . which was a very colourful period in his life. Did you gravitate towards that period or was that just a consequence you realised afterwards?

That was by happenstance that we all gravitated to lyrics in the early Fifties in California which Nora pointed out later. I was gravitating to some of the Forties lyrics, like Hoping Machine. That period interested me because he'd spent a little time in St Louis in '42 and those words were from '45 I think. He was stationed nearby. That interested me and so did some research.

I'd read somewhere that you knew of Guthrie before you knew of Bob Dylan which would be rather surprising these days. Why was that?

As soon as I could remember hearing my parents playing music it was Woody Guthrie and my parents in general looked at Bob Dylan with distain. (Laughs) Guthrie was the one they both agreed on. Of course later on when I got into Dylan when I was 10 or 11 I started to see the connection. 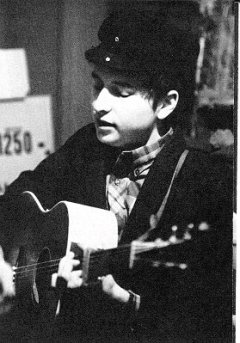 Did your parents think Dylan was just lifting the Guthrie mantle for his own self-aggrandisement?

I think they probably viewed him as too counter-culture. Of course if they'd know more about Woody Guthrie . . . (Laughs) He was certainly counter culture before anyone else.

I'm sure people have very different perspectives of Guthrie but the one that goes into the world is This Land is Your Land, but mostly a key verse is omitted. Do you find there is a romanticising of Guthrie at the expense of the truth.

I think that's probably true. I remember when I visited Okemah in Oklahoma which is where Woody was from, some of the local people at the diner – they have "Home of Woody Guthrie” written on the water tower prominently – thought he was a communist. My parents actually were in favour of communism at certain times. (Laughs)

He had all these timeless socio-political lyrics but in what you have unearthed they seem very personal in many instances. I assume that was an attraction, that this was a man speaking to us across time in a personal way.

That realisation came from looking through the lyrics. He was dealing with a lot of issues that are timeless and taking on subjects of social or economic injustice and had a keen eye for social commentary. He was able to jump from writing kids songs to songs about the other side of society like prostitution and drugs.

And loneliness too because you have his lyric about being fearful of death, and at other times though not afraid of it.

Certainly, they are extremely personal. That song No Fear in particular is taken from a period in the Fifties when he was staring at his own mortality and the effects of the disease he was afflicted with.

When I listen to VD City it resonates in a particular way that almost invites it to sound like a rocking Dylan or Springsteen song, or part of that lineage. Did the music make itself known to you like some lyrics did?

Will Johnson brought that to the record. Everyone made demos of the songs and the inherent beat on the demos was usually how the song would end up. We didn't really talk about any particular guidelines or limitations, the whole process came together organically.

All in the same room sometimes I believe?

Some if it. We did a week in Brooklyn when we were together, but prior to that Anders and I started and due to time and budget constraints – because there was no record company involved when we started recording in '06 – we would record separately and sometimes together. 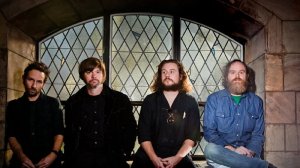 There are some beautiful songs on there. Chorine is spooky.

Will did a real good job on that, it is haunting and it's particularly poignant for me because I pulled the lyrics with the intention of doing them, but I really couldn't. The reason I pulled the song was because my father used to use that particular phrase “Sheba queen” when he was referring to my daughter. That struck me as something unusual that there was a similar dialect, but it was a little too close to home so I passed it on to Will.

As someone who writes lyrics yourself is it hard to work with somebody else's words and resist the temptation to change them into your voice?

I did make some additions and vary things a little. I get asked a lot, “Was there a degree of feeling intimidated?” But for me it is more about inspiration than intimidation based on the familiarity of Woody's music.

That's where Nora was helpful and supportive. There were no guidelines to limit the creative process for us.

There were two Mermaid Avenue albums, but you have anticipated a sequel perhaps by adding the extra disc. So is this going to be it with Woody for you guys . . . at least for now?

I don't know, we'll see. I guess within the last couple of days in rehearsals it is the first time we've broached the subject. Anything is possible.

this is the real deal,any project that Jay is invoved in will command attention.

I did not get to finish.Was going on to say that it is amazing that Lyrics written some seventy years ago by Woody are so relevant today.The music by Jay and the others will capivate you ,it is so good.It all fits together so well.Get the delux 2cd edition