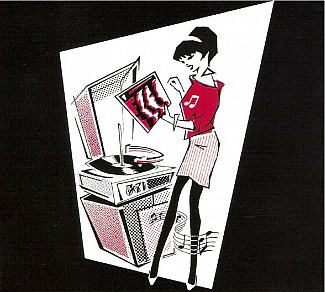 Recently a friend showed me the tracklisting for an album with a title something like The Defintive Sound of UK Ska or The Essential UK Ska Collection. Something like that anyway. A bold claim, whatever it was.

It took about two seconds and we started laughing.

How could you have British ska collection without the Beat? They were one of the definitive -- and for my money essential -- bands of not just the style, but the era.

Perhaps the reason for their absence was as simple as licensing (then drop the bold claim, perhaps?) because soon after we stopped chuckling the handsome expanded editions of the first three Beat albums arrived, each a double CD (original album on one, bonus tracks like live and 12" versions on the other) plus a DVD of videos, live shows and mini-features.

Now these sets earn the title "definitive" and "essential", and are a snapshot back to that 2-Tone era when dance and politics were very happy bedfellows. 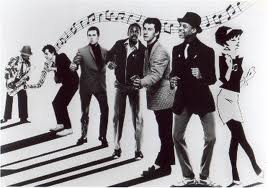 Then they broke up.

That should have been the end of a near-perfect run, but of course there were odd reconfigurations under various names afterwards, but they shouldn't trouble us.

When singer Dave Wakeling's English Beat (just him from the original band and ring-ins) turned up not so long ago I didn't bother with it, and I'm reliably informed I missed nothing.

Everything you need to know about the Beat is on those three original albums (on Edsel, distributed in New Zealand through Triton), and in the acres of column inches they generated at the time when they fused pop and ska, politics and canny marketing through distinctive logos and imagery, and presented a multi-racial face to a Britain where skinheads were visible and volatile. 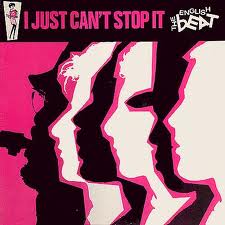 At this distance you'd wonder if the music decontextualised from Thatcherism and that angry period in Britain would still stand up let alone have any relevance.

Well, yes. On their I Just Can't Stop It debut they might have thrown Stand Down Margaret into the political debate (politely, "stand down Margaret please"), but elsewhere they had crackling ska-pop like the self-doubt of Mirror in the Bathroom, the addictive taut energy of the nerve-end post-breakup Twist and Crawl, the equally desperate and tight Hands Off She's Mine, and looked back to ska roots with a cover of Prince Buster's Rough Rider.

They also reached over to MOR for a slow cover of the late Andy Williams' I Can't Get Used to Losing You, perhaps unwittingly inspiring the most insipid aspects of UB40's career of bland covers.

Interestingly too their first single was the powerful Ranking Full Stop and a lively, daring and successful cover of Smokey Robinson's Tears of a Clown, neither of which were on the album, but which appear on the bonus disc alongside extended and dubby versions of Twist and Crawl, Hands Off She's Mine, the 7" of Stand Down Margaret and various remixes and the Adelphi mix Just Can't Stop the Dub.

This was a stunning debut which threw ska, the 2-Tone label and pork pie hats into the mainstream, and the expanded edition -- with John Peel and Mike Read radio sessions -- makes perfect sense. The DVD has the videos for Mirror in the Bathroom and Best Friend, their Top of the Pops appearances (five in total for Tears of a Clown, Hands Off and Mirror) plus a three minute featurette of the band backstage in their hometown of Birmingham (with their cartoon woman making an appearance) and live footage before an almost exclusively male audience bouncing like mad men.

What the footage shows is just how tight a band they were: drummer Everett Morton locks the whole thing down; Saxa brings a slightly woozy and laidback element into his playing and upfront there is tight New Wave-influenced pop vocals delivered by Wakeling offset by Ranking Roger's authentic ska/toasting voice. And a bassist (Dave Steele) and guitarist (Andy Cox) tighter than the Police.

This was black and white music which was colourblind and probably did more for British race relations in young Britain than any number of anti-Nazi marches. 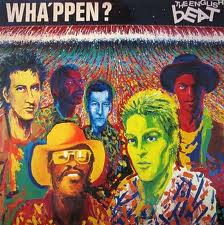 Their second album Wha'ppen? endeared them to antipodean audiences with the song Dream Home in New Zealand (although the ironic escapism and cynicism of its message might have been missed by some).

The racial schism in Britain (and elsewhere) was again addressed in ameliorating tones on Doors of Your Heart ("turn off the light, you wouldn't know if he was black or white") and contemporary Britain's unemployment and consumerism are given a serve on Get a Job.

Musically they extended themselves beyond flat-tack ska into slippery beats (Monkey Murders), the juju Afropop guitars of French Toast (albums by Nigeria's King Sunny Ade were in wide circulation in Britain), Over and Over is a ska-whisper away from New Wave and Cheated comes as pop over a a moody dub substructure (surprising then there's no full out dub version among the bonus tracks).

Adam Sweeting, writing in Melody Maker, said "the Beat have a gift for natural evolution and across these two sides there's a wealth of influences and invention", concluding "the only way to feel the Beat is to buy this record and live with it for a while. There's no danger of disappointment".

It was an album which consolidated and confirmed their reputation and the extra disc includes dub and 12" versions, and another Peel radio show. The DVD is especially interesting with five videos of singles and Top of the Pops appearances. And a World in Action doco about unemployment in the Midlands which includes appearances by the group in concert (Get a Job and Stand Down Margaret helpfully subtitled lyrics for home viewers). There are interviews with band members about having been unemployed and the state of Britain as they see it (which sounds remarkably relevant when they speak about youth riots).

Context is everything and it is gven here, even though the music still stands. 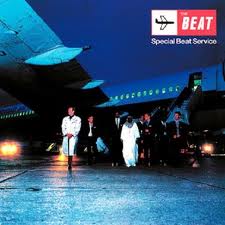 Their final album Special Beat Service has an unusal cover, the band seemingly alighting from an international flight, most of the band as bodyguards to Saxa as a sheik. The Beat as smart international jetsetters? Probably not.

They'd certainly done tours of duty in the US and this album was their first to scrape into the American top 40 although didn't make the top 20 in Britain (their previous two had been in the top five) and barely registered in New Zealand.

Dave Blockhead guests on piano, new saxophonist Wesley Magoogan (replacing the infirmed Saxa on stage) brings a slippery slickness and the whole album feels more polished. If some of it doesn't quite reach the previously high standards, their political aim and musical chops are still witheringly accurate.

There are splatterings of Motown (Sole Salvation) and guitar jangle (Sugar and Stress which might have you twisting by the pool) alongside toasting, a Caribbean dance party (Ackee 1-2-3) and the hammerdown ska of old.

As Charles Shaar Murray noted, this is a different Beat from the one on that debut and "the new Beat don't get the hits like the old Beat did, but then they don't make music that the old Beat did. What they do is make intriguing: a new flavour to roll around the tongue, a new taste to acquire".

But most didn't. They'd suffered a serious lack of chart climbing singles (Jeanette here was inocuous and anonymous) and maybe they were sliding from mainstream attention as the synth-pop Eighties started rolling over the top of them.

Adam Sweeting noted it wasn't a bad album but it could have been a better one if it had more confidence. If the album signaled the end, they were wise enough to read the sign. After touring it, they split up the following year. 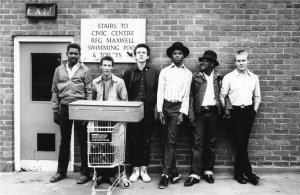 Right at the start of their career most astute writers looked past the ska to note just how smart the Beat were musically.

They were never as slavishly faithful to the Sixties template as the Specials were at the time, but rather used it as vehicle into which they shoved other musical passangers.

"They may be primitive but they certainly aren't simple," said Frank Rose in Rolling Stone about the debut album. However Mark Phillips in Rip It Up nailed the essential magic of the Beat and why this band -- three white guys, two black guys and Saxa who was probably in his 60s -- captured the imagination and dancefloors.

Here's my slightly different take on it, done for a mates blog. I think Whappen comes off worst these days, SBS is a lovely album. But hey... http://buzzbands.la/2012/07/17/jackpot-the-english-beat-anthologized/ 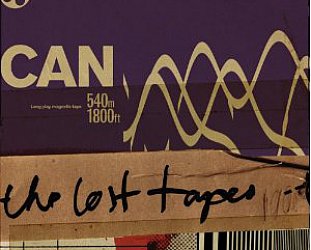 Anyone who knows anything of Can, the German experimentalists who were post-rock before the term had been invented, knows the title of this three CD box set is perhaps a joke. Being efficient... > Read more