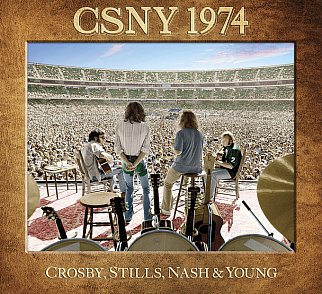 Although their name might have sounded like a corporate entity putting up a united front Crosby, Stills, Nash & Young were anything but.

“We had to put Crosby’s name first otherwise he’d be impossible to live with,” Stephen Stills told me back in 2007 when talking about CS&N, “and of course once we put him first there was no living with him. We didn’t like each other like all good bands are supposed to, but as it turned it out it was much harder to pull away.”

Although pull away from each other they often did. Neil Young was always on-again off-again, and having interviewed them all except Graham Nash – the lukewarm water between the fire and ice of David Crosby and Stills? – it wasn't hard for me to read how tetchy and fraught their relationships was.

In the decades since Crosby, Still and Nash came together they frequently recorded together – Nash with both Crosby and Stills, and Young popping up occasionally too – but conspicuous by its absence is any Crosby-Stills album.

“I’m very good friends with Nash and I love him dearly and have great respect for him,” Crosby told me, “and I care about Stephen too because I’ve been through too much not to. But he and I do disagree about a whole lot of things. It doesn’t mean I don’t respect him and certainly doesn’t mean we can’t make music together.

“That [musical tension] was a good thing. It worked fine and does to this day -- and that’s worth it to me to put up with him.”

The long-promised release of previously unreleased recordings from the CSNY tour in 74 shows how difficult things can still be.

“This is the most difficult project I've ever done in my recording life,” Nash told Rolling Stone recently. “That's largely because of other people's agendas and trying to please four people at the same time. It only took us a year to actually do the physical work, but it took three or four years to get that work together.”

The delays were because of Young's entry when the job was all but completed.

“Neil Young, God bless his cotton socks,” said Nash, “has always wanted the audio to get as close to the experience as possible . . . but it sounds totally amazing.” 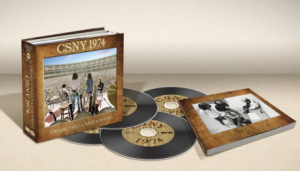 That's true – CSNY 1974 sounds immediate, especially on bruising tracks like Stills' eight minute, Hendrix-influenced Black Queen – and the music comes in various packages from an 11-song single disc to a handsome box of 40 tracks across three CDs, a DVD of eight previously unreleased archival performances and a 118-page booklet. All the songs are downloadable also.

Given their polar personalities, there's fascinating musical diversity across the three disc edition. It's some distance from Young's Helpless and Revolution Blues, Crosby's gentle Guinnevere [sic] and Almost Cut My Hair to Stills' Johnny's Garden and Nash's folksy Teach Your Children.

At times the music crackles with Nixon-era political rage (he resigned that August) as on Young's increasingly furious and incendiary Ohio, the pointed joking before Grave Concern, Chicago and Military Madness. Elsewhere the harmonies and sentiments go straight to the homely heart (Our House). 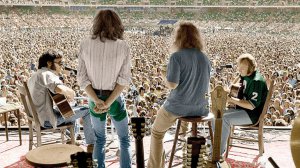 There are previously unreleased (or difficult to locate) Young songs: his lost-love Traces, Love/Art Blues, the aside to Nixon on Goodbye Dick and the tropical idyll of Hawaiian Sunrise. If Nash is the weak link when taking lead on the more up-tempo numbers and his earnestly dull political diatribes (Immigration Man, Fieldworker), Young's songs like the brittle, scary and sad On the Beach (the title track to his just-released album) remind you what a compelling and commanding performer he could be. And on some, like the timeless Long May You Run, how quietly affecting.

Here too are Love the One You're With, Only Love Can Break Your Heart, Teach Your Children, Old Man and Suite: Judy Blue Eyes, all of them classics of this self-defined genre.

These songs – no Marrakech Express – came from a 24 cities/31 shows tour, the first rock'n'roll stadium tour by a major act (beating the Stones by a year) and they played to over one million people.

With the individual and collective catalogue they could call on, CSN&Y could have continued at this peak, but when they convened to record an album later that year it fell apart again.

But when you hear what a seriously rocking live band they could be (and what an astonishing guitarist Stills was, and still is), you do wonder what might have been possible.

Such a pity they couldn't stand being in the same room together. 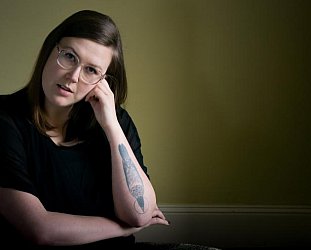 On recent covers of the British music magazine Mojohave been the Beatles, the Who, Neil Young and Leonard Cohen. All white males, and quite a few dead ones. Inside however the writers cover more... > Read more 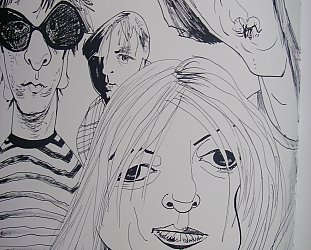 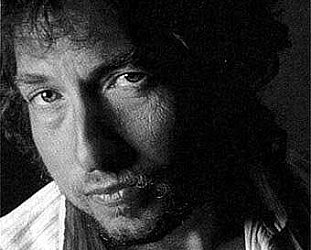