I came to the late J.J. Cale rather late. Sure, I heard those Seventies albums, but they were mostly just aural wallpaper to whatever else was going on. Cale didn't shove his music at you, he was like a hoarse whisper in the background.

So it wasn't until the late Nineties when, leaving for Australia, I stopped at the letterbox, grabbed a CD which had arrived and put it my bag.

The trip in northern New South Wales involved days of driving and because radio was mostly awful I resorted to the CD.

It was Roll On by J.J. Cale and I got to know it well. It grew on me because it nudged into country and blues alongside soft-rock and dark pop . . . although when I wrote about it I noted there was such a lot of Cale in the world – at least a dozen albums – that for most people this wouldn't stand out.

J.J. Cale always struck me as a Best Of guy, although his debut album Naturally from 72 – when he was already in his early 30s – and Troubadour (76) were solid outings and contained cornerstones like Call Me the Breeze, Crazy Mama, the gorgeous Magnolia, Traveling Light and Cocaine (as made famous in Eric Clapton's cover, and Clapton also covered After Midnight from Cale's Naturally album). 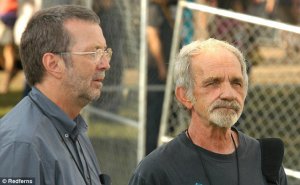 Cale and Clapton were mutual admirers – they won a Grammy for their collaboration on Road to Escondido in 2008 – so to find Clapton behind a tribute to Cale (who died a year ago, aged 74) isn't surprising.

Credited to “Eric Clapton and Friends” – who include Willie Nelson. Tom Petty, Mark Knopfler (whose vocals owed much to Cale's whispery delivery), Derek Trucks, John Mayer and others -- the album is The Breeze, An Appreciation of J.J. Cale. And that's a lovely, gentle title for a tribute to a man who single-handedly created a subtle sound which you needed – as I discovered driving red dirt roads – to make time to appreciate.

Cale was born in Oklahoma and although he spent time in California trying his hand in studios he was back home in Tulsa within a few years, where he made his home and why his music is often described as the Tulsa Sound.

As with Tony Joe White who is identified with “swamp rock”, Cale invariably gets the description “laid back”, a fair reflection of his style if not his lyrics. By producing himself, Cale created his own sound which was often spare and simple, highly refined and worked on the principle if you speak softly people will stop to listen. His was slow-down music and his unhurried lifestyle reflected that.

There's an excellent 2005 Cale tour-documentary DVD To Tulsa and Back in which Clapton describes him as “incredibly inspirational” although Cale himself seems unmoved by it all as he carries his own bags and guitars, gets on the bus and walks down busy streets unrecognised.

Neil Young said Cale and Hendrix were the best electric guitarists he'd ever heard, and Cale's response to such comments and accolades was in the “Aw shucks” category. He once said he'd like to have the fortune but he didn't care about the fame, and that he was essentially just a guitarist who got into songwriting because it was a little more profitable.

He was a modest man, but his talent wasn't. Clapton's project is a labour of love and respect for a man who just did what he did, and left the rest alone.

When Cale died last year, guitarist Mike Campbell of Petty's Heartbreakers wrote online, “Losing J.J. Cale is losing an American musical treasure. Always under the radar, he has been, and always will be, a huge inspiration to me and the band.” 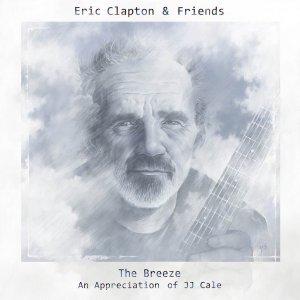 Clapton said recently about the appreciation tribute, “I would like people to tap into what JJ Cale did – that’s the point [of this album]. I’m just the messenger; I’ve always felt that that’s my job. I try to interpret things so that the public at large, or at least the people who listen to what I do, will become intrigued about where I got it from.”

And after he put the guitar-hero tag behind him in the early 70s, this is where Eric Clapton got it from, from a man whose music had deep roots in various American musics, and who spoke quietly when everyone else was shouting.

And by doing so, J.J. Cale made people stop to listen.

I went to a JJ Cale concert at Wellington's Opera House in the late 70's or early 80's. It was just as relaxed as his music was and what made it unusual was that he left the house lights on throughout his performance. It was a little like just sitting in a room with him. Great...