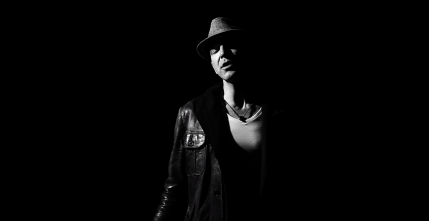 Malcolm Bruce is very much the son of his father the late Jack Bruce, best known as the bassist/singer and songwriter in Cream alongside drummer Ginger Baker and guitarist Eric Clapton.

That late Sixties supergroup, whose members came together with impeccable blues and jazz pedigrees, may have been short-lived – just a little over two years until late '68 – but their extended improvisations bridged the gap between blues-rock and psychedelic music.

A year after his death in late 2014, aged 71, his son Malcolm organised a tribute concert for his father – one of a few, all of which had stars in attendance – and the line-up included drummers Ginger Baker and Billy Cobham, guitarist Steve Hackett (ex-Genesis) and Mick Taylor (ex-Blues Breakers and Rolling Stones) and fellow Scot, singer Lulu.

And like his father, Malcolm's career has been diverse and not easy to pigeonhole.

Although he is coming to New Zealand playing bass on a 50th anniversary tour paying tribute to the music of Cream with Ginger's son Kofi on drums and Clapton's nephew Will Johns on guitar (plus Glenn Hughes of Deep Purple and the great guitarist Robben Ford), Malcolm Bruce's career so far has embraced everything from music for children through hard rock with Black Sabbath's Bill Ward and Ozzy Osbourne, to studio sessions in Nashville with Little Richard and now he's working on an opera about the blues singer Emanuel Dunn.

You have to ask how he came upon that obscure bluesman.

“Actually, someone gave me a book for Christmas, a series of interviews with Studs Terkel [And They All Sang], the Chicago radio guy. I just read this interview with Emanuel and it was such a moving story because he grew up with a white family in Louisiana and they called him “Boy” and he didn’t have a name. His adopted father mistreated him so badly, and eventually he escaped and taught himself to play music. It just made an incredible story. So I’ve worked with a librettist and we are in the middle of the script now.

“The way we are structuring is not quite linear and his future self comes back to meet his younger self. I’m very excited by it.”

So Malcolm Bruce is having quite a career himself and aside, from the passing parade of inspirational musicians through his home as a child, it all began at . . . 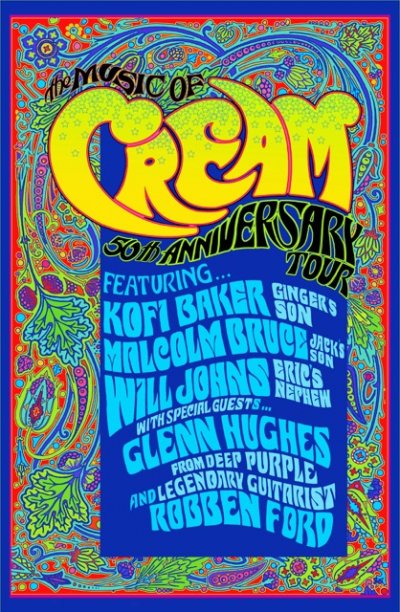 Guildhall in London when you were a teenager? What did you study there?

I studied piano and composition. I've never studied bass funnily enough, it's something I pick up and play. I'm actually a guitarist and pianist but kind of see myself as a writer in the same way my Dad was. He was of course associated with bass as his key instrument, but he would always just explore an idea and for me that's the same, looking for a way to find something to express. I don't approach music as a formulaic thing, each thing I do has to express something new.

Let’s turn attention to the music of Cream that you are bringing down this way. How would you describe this, is it a tribute to the music, is an interpretation of that music?

Myself, Kofi and Will have played this music together before and it has gone down very well. The way we approach it is that we want to honour the music, what we are doing in using that music is carrying on with what they were doing originally, because it is open to interpretation and exploring where the music can take us. 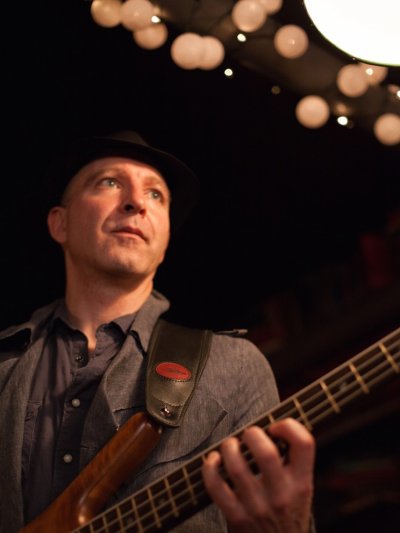 That is what is exciting about it, and in fact what that music was truly about. There are tribute acts and they are often awe-inspiring when they play the music exactly as it was, but we are not doing that. We are not a tribute act but we are paying to tribute to the music and honouring it as best we can.

It’s music we know because we grew up with these people and we do have an insight into the music and their personalities, and I think we do a pretty good job on that front.

This is improvised music in the same way that jazz is, so there is a song structure but you go off from that into extemporisation and see where it takes you. Sometimes it takes you so far that it changes your life.

It becomes a pure mode of expression and that is very exciting experience for not just myself as a musician but how you connect with the audience. It becomes a shared musical journey and it can be something we all take with us.

I think that is something that is missing in the music today, so it’s exciting to have this opportunity.

It is an idiom which was full of great potential but I don’t hear a lot of that around today, which surprises me given it allows people to put their own stamp on the music.

Yeah, I think the music business has gone into a different direction and everyone has the idea they can be a pop star, there’s brilliant talent out there . . . but I’m not sure if people have an understanding what music can do in terms of it being something experientially. 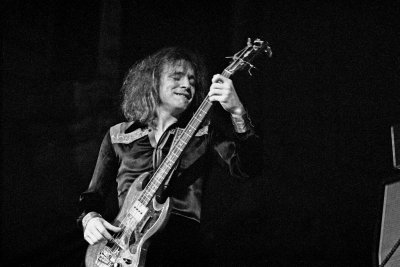 I think with Cream it was an historical moment where the baby boomer generation did turn to the past but looked into the future, and I don’t think that has happened again.

My Dad had that rich tapestry of musical experience from classical music and jazz, and later he worked with Fateh Ali Khan for example.

He had a very strong sense of self in what he wanted to do, and it was the same with Ginger. It was incredible what he achieved, sometimes in spite of himself!

I always think of Ginger as inventing world music, not that I like that term, when he went off to Africa. I can think of maybe people from Cambridge university or something going off there to do field recordings, but that’s not a real encounter, unlike Ginger who played with those people.

And Eric was a purer blues artist and I have a total respect for him as a player, but something totally magical happened with Cream where he exceeded whatever his limitations might have been in the choices he made in his playing.

Jack helped propelled him to achieve something that he hasn’t really ever done since.

I take what you say about your father musical breadth because I always enjoyed those things he did on the CMP label in the Eighties [with the likes of Clapton, Trilok Gurtu, Dave Liebman and Bernie Worrell] but not many people know that. It seems to me though you were drawn to rock and jazz, almost equally? Or was there one that you preferred?

Not really, and I've actually just done another album and I'm looking to set up an Australia/New Zealand tour for own band later this year. The Cream thing is great and we love playing the music but I'm also trying to develop as an artist and so we are doing these things in tandem.

There are so many different ways to express myself, whether it is free improvisation or in a jazz context or rocking out on a couple of chords or writing an acoustic song or whatever. But each thing requires a different sensibility.

Maybe I could be seen as a dilettante and trying to get a finger in every pie but when I do something it always sounds to me, like the natural context, and it sounds like Malcolm.

Well, nobody said Picasso couldn't do sculpture because he was a painter. We express ourselves in all kinds of ways.

Absolutely, and I think it's more that the business of music has a certain expectation. There is the business of marketing and all of that nonsense which is something I have fought against in my career so far but I am also having to come to terms with it, those matters of branding.

It is a balancing act. 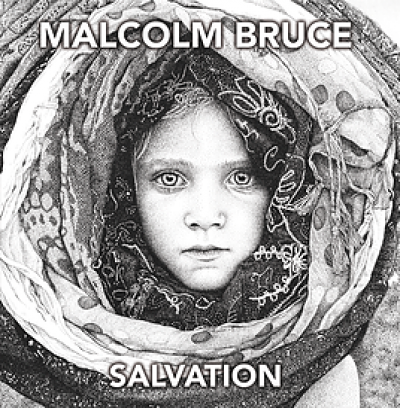 This new album you've just done, is that the one you've recorded in Nashville?

Yes, I started it in Nashville but then ended up going off on tour with another band featuring Joe Satriani. That took me away from the project so I ended up doing a crowdfunding campaign and just finished it a couple of months ago with a guy called Steve Orchard who is Paul McCartney's engineer. So the album is literally hot off the press and we are doing vinyl too.

You recorded in Nashville so are we talking an album along the singer-songwriter vein?

I don't know if I could say that, it's quite heavy in places but it’s song-based but not blues-rock. Just my own songs, a lot of it is talking about a relationship I had which had a deep effect on me so it's quite a personal record in that way. Music of the heart and I’m growing all the time so I’m planning to do a second record this summer, quickly this time, to prove to myself I can do it that way. It has a real band dynamic.

You curated the Evening for Jack. How did that go, the expectations would have been incredibly high on the part of the audience. Was it a success in your terms?

I think to some degree it was. We got through it. It was an epic task and I would have liked to have a few more artists from everybody who worked with Jack, but we had a great line-up.

But when you’ve got 30 or 40 musicians flying in from all over the world and putting them up in hotels . . . It would have been nice to have had three weeks of rehearsals but . . .

Overall there were amazing moments, Having Dennis Chambers there was amazing, and Mick Taylor . . . and Lulu was just amazing. We filmed it and there could be an hour-long highlights documentary.

Overall it was great to do, to honour my Dad in the best way we could, and we got through it.

Jack Bruce was interviewed at Elsewhere here. There is a considerable amount about Eric Clapton starting here, and a Cream compilation is suggested here.

THE MUSIC OF CREAM TOUR DATES 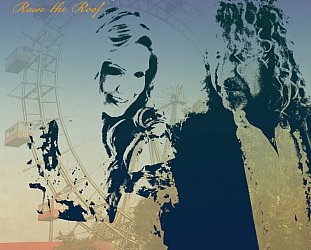 Aside from the unexpected nature of Robert Plant and Alison Krauss coming together for the Raising Sand album in 2007 was the fascinating selection of material they covered: songs by Everly... > Read more