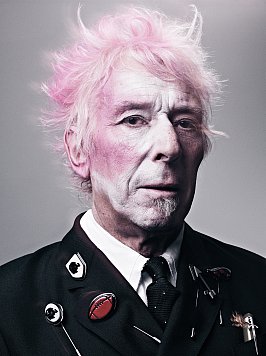 Most musicians in rock culture establish their sound and reputation over a few early albums and consolidate both if their careers are of any length. The late Lemmy and Lou Reed for example released albums which became their hallmarks, and their personae – wildman Lemmy and pugnacious Reed – became our enduring image of them.

That said, in each case there were frequently diminishing returns over albums which you wouldn't listen to much today. Much as Reed might have advanced himself as New York's pre-eminent rock'n'roll street poet, there were more than a few albums which were intolerable tripe.

His sparring partner in Velvet Underground, the classically-trained John Cale however has had the more musically interesting career.

While Reed broadcast on his own frequency and seemed never to doubt his own genius, Cale pushed out into other areas . . . and early on it was into production. 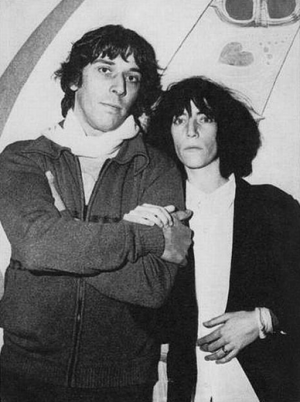 Outside of VU, Cale's production credits included diverse and excellent debut albums by the Stooges, Patti Smith and the Modern Lovers; he collaborated with minimalist composer Terry Riley (Church of Anthrax, 1971) and one-time Dylan fellow traveller Bob Neuwirth (Last Day on Earth, 94); wrote visceral and angry rock'n'roll (Slow Dazzle, 75) and orchestral work (on Words for the Dying, 89); and . . .

His album Helen of Troy in 75 (which included the lovely first version of Close Watch which reappeared, differently, on his seminal Music for a New Society of '82) was as dark as Neil Young's Tonight's the Night and never got released in the US.

When I interviewed him a decade ago about his new album blackAcetate he spoke of how much he'd learned from Pharrell's production on Snoop Dogg's single Drop It Like It's Hot, and how he admired Gorillaz. 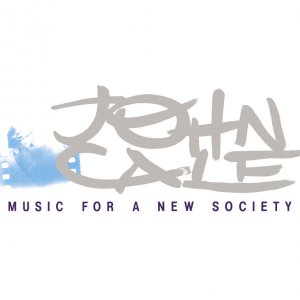 The open-minded Cale's career has always been worth following and in 2016 he re-presents a powerfully remastered version of Music for a New Society from '82 and his own beefier and provocative revision of those songs on the album M:FANS with his band from his last album (the excellent Shifty Adventures in Nookie Wood, 2012).

These came as a double CD set, on 12'' vinyl (with download cards, three unreleased Society-era tracks also) and as digital downloads.

Music for a New Society – which unexpectedly opened with three disturbingly slow pieces and included two co-writes with playwright Sam Shepard – was mostly improvised in the studio and reflected both his poetic/political and avant-garde experimentalist spirit alongside some residue of the cocaine-fueled Seventies. It contains some of his most memorable songs – the piano ballad Close Watch, Chinese Envoy (based on a short story by Guy de Maupassant) – but a critic once said Cale went beyond black and nihilism into nothingness.

And there are some very dark ballads here like If You Were Still Around.

The remastered New Society brings up the more aurally disturbing elements (a nagging scratch, echoed percussion, weird sonics and an evil laugh on Thoughtless Kind) and the whole album sounds more immediate and present. The outtake of Chinese Envoy is more raw than the already emotionally bare album version, the previously unreleased Library of Force a real test for the faint-hearted.

As British writer Paul Trynka wrote in The Ultimate CD Buyers Guide to Rock, Pop, Soul, Jazz, Soundtracks and More of the original album, "Who'd have thought songs derived from Maupassant stories or Sam Shepherd poems (Rise, Sam and Rimsky Korsakov, set against found sounds and a spining radio dial) could be so accessible?" 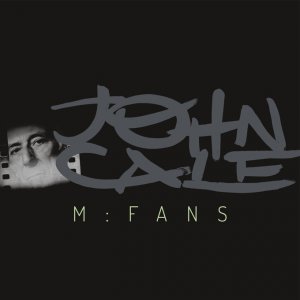 M: FANS is more than a re-hit of New Society, it is a complete rethink and re-framed by the death of Lou Reed.

The disturbing negativity of the original is reprocessed as rage and discomfort. It opens with a challengingly electro-processed phone call to his mother mostly in Welsh where she sings (originally intended as the coda to Close Watch on the original album but removed when she fell ill). This Prelude sets up the newly configured album which follows up the death and loss theme with a revision/version of If You Were Still Around.

When John Cale recorded Music for a New Society his obsession with a holocaust, political conspiracies and the fragility of life was prominent. The electrobeat, sometimes furious M:FANS version – using the same source material – throws us into an emotionally dysfunctional present day society full of electrostatic which threatens to drown out our essential humanity, the soul of which he explores again, but differently. Library of Force is even more disturbing in this incarnation.

The jury will be out on M:FANS for some time . . . but it's hard to deny John Cale was the most innovative and exploratory artist to come out of Velvet Underground.

There is more about John Cale at Elsewhere starting here, about Lou Reed here and Velvet Underground here.

Oh god, torture...... Especially for a working librarian: GRAHAM REPLIES. Yes, it can be "difficult listening" and I'd advise librarians to stay clear of the posted track!

Just heard Paris 1919 tonight for the first time in 40 years. Magic! GRAHAM REPLIES: As I argue, Cale's career has had much more interesting diversity and highs than the other guy's in VU.

He seems so monumental to me, but - perhaps because he IS, indeed, so momental. He is of, by, and for only the time inhabited. Of course, by the time it hits our ears, he's already gone. But indelible, nonetheless. 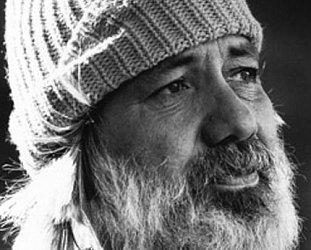