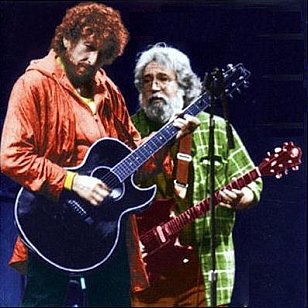 By critical and popular consensus, when Bob Dylan teamed up with the Grateful Dead for a tour in the late Eighties it was a terrible mismatch and out of it came the live album Dylan and the Dead, widely considered among the worst – if not the worst – album of Dylan's career.

Given their collective memories of music from before rock'n'roll (country, bluegrass and so on) and a degree of mutual respect, something good should have come of it.

But the album of seven Dylan songs was often leaden. Or worse.

“It was as if we'd never practiced,” said the Dead's Bob Weir of the first show on the '87 tour.

Repeatedly Dylan would forget the words to his songs, play in the wrong key, have drunk too much . . .

When it came to cobbling together an album from live recordings there wasn't much worth considering but – against the wishes of the Dead – Dylan willfully insisted on some songs from very inferior shows.

Dylan's sounds mostly uncommitted or perfunctory, but the Dead also sound like dead weight as they lumber through most of the material, just a few guitar or keyboard filagrees elevating the doggedness. 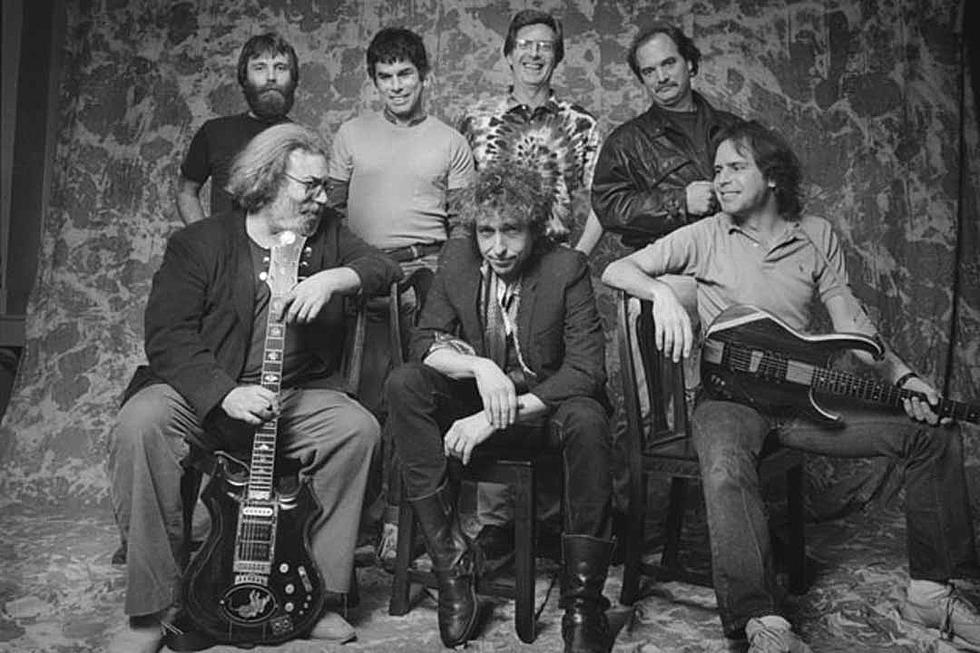 Of the album Sean Egan wrote “[it] reduces the excitement of these two titans together on the stage to a collection of oldies more poorly performed than you might expect of your average bar band . . .

“Due to, presumably, the two sets of fan bases, the album did quite well, but there was no disguising that this was pure product and in no way artistic statement”.

By some accounts bootlegs of the tour were better but even Jerry Garcia was immediately dismissive of what was happening: “He's not really a musician, he's a performer,” he said of Dylan, who he admired.

And “he doesn't have a conception about two things that are very important in music: starting and ending a song. Really. The middle of the song is great; the beginning and the ending are nowhere”.

An example of that might be the woeful Queen Jane Approximately on the album. Or the seemingly endless Knockin' on Heaven's Door which winds down to a stumbling close over a minute or so.

In a guide to all of Dylan's albums which identified the best song on every album (it tells you something that the execrable Wiggle Wiggle was the best on Under the Red Sky) the verdict on Dylan and the Dead was blunt.

In an interview with Serge Kaganski almost a decade later when he was being acclaimed for his new Time Out of Mind he credited the Dead collaboration as “a turning point for me”.

“It taught me to look inside these songs I was singing that, actually at the time of that tour, I couldn't even sing.

“There were so many layers and so much water had gone round that I had a hard time grasping the meaning of them, although the Dead didn't.

“They found great meaning in them and this really made me extremely curious as to why they could and I couldn't.”

Among the songs on the live album were I Want You, Queen Jane Approximately, All Along the Watchtower (salvaged by Garcia's guitar), Joey, Knockin' on Heaven's Door and his more recent Slow Train and Gotta Serve Somebody.

Even those latter two are a grind, a world away from the often incendiary versions which appeared on the 2017 box set Trouble No More which rounded up his gospel period.

“The spirit of the songs is what had been getting further and further away from me. Probably because I had been playing these songs with a lot of different bands, and they might not have understood them so well.

“And it influences you. I know it influenced me until I started playing with the Dead and I realised that they understood these songs better than I did at the time.”

That seems to be a later realisation because if he could hear at the time just how truly awful his version of Joey is then he must have been more drunk than anyone thought. 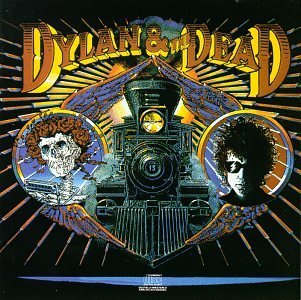 Dylan shouts some lyrics but otherwise seems utterly detached, so maybe he didn't understand his songs any more.

It certainly sounds that way.

Against the odds however after this debacle, Dylan hauled himself up again with Oh Mercy later that year and the second Traveling Wilburys album in '90, fell of the wagon again with Under the Red Sky and then started the process of rebuilding his career, himself and deeper source material with two albums of folk and blues covers: Good As I Been to You and World Gone Wrong.

Then came Time Out of Mind in '97 which started a run of mature and quite extraordinary albums of original songs which has continued to this day with Rough and Rowdy Ways.

Dylan and the Dead -- which has a lousy cover -- has been quickly reshelved at Elsewhere's place.

He was so much weaker then, he's better than that now.

Wow this is a great CD to listen to , and dance .Dylan was under the influence? Werent we all.It was a joy to hear differant Dead songs.Dylan was able to be himself .He learned more from that tour than in his own time playing..He was laughing , enjoying himself on stage .Dont agree with you.Dylan doesnt go on the stage to impress you thats why youre wrong .This is a great cd 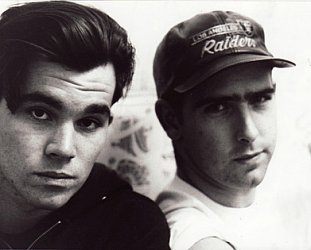 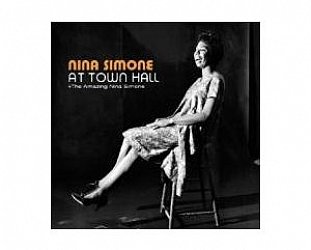