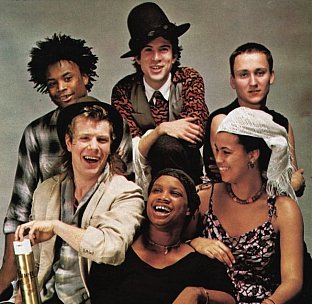 When you name your post-punk debut after an album by the great jazz saxophonist Rahsaan Roland Kirk you have really upped the stakes and expectation.

And when the band is formed around Mark Springer, Bruce Smith and Gareth Sager of the anarcho-punk Pop Group with guests Neneh Cherry and Ari Up of the Slits, then you know things are going to be . . . at very least, interesting.

“Beware! This is not a record for people with a heart condition,” announced Ian Pye in his Melody Maker review which hailed the music as “well beyond categories but never form, this is great, raw, rough, sophisticated music to be embraced and loved”.

“Finally,” said Richard Cook in NME. “A group comes out with the sass, nerve, conceit and eagerness to let fly at those unhallowed barriers of jazz, rock, funk – any kinda wave you want – and make it WORK.

“Rip Rig + Panic stand in the temple, spit on their hands and turn over the tables”. 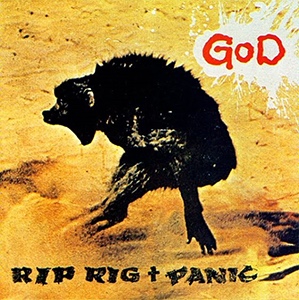 Even in that post-punk era when the barriers were hurdled or ignored, when pure noise was as respected as music, when PIL, Gang of Four, Chrome, This Heat and many others redefined what music could be, Rip Rig + Panic still stood out.

The opener Constant Drudgery Is Harmful to SOUL, SPIRIT & HEALTH is a brittle and exciting exercise in white funk with squealing saxes and swirling piano with Cherry urging “get out of that chair”.

As if you could stay in it as Smith careers around his kit?

It's like Kool and the Gang dragged into post-punk jazz.

Springer then gets away a furiously fast one minute piano piece (he went on to do solo piano albums) before the light industrial and eerie funk of the instrumental Through Nomad Eyeballs (with off-mike voices). 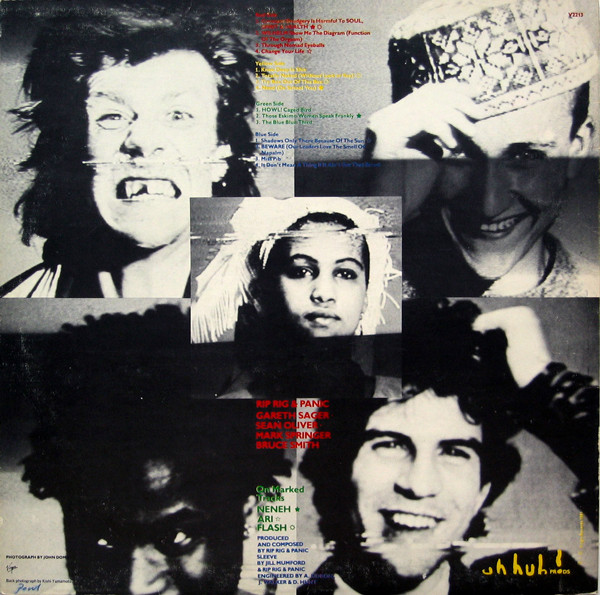 Listened to at this distance from its first appearance – a smidgen short of 40 years – God doesn't seem quite as threatening, challenging and off-kilter as it seemed at the time.

The instrumental Change Your Life is a cut-up meltdown of calypso and South African music which is actually quite appealing, as is the not dissimilar Totally Naked (Without Lock and Key) with Cecil Taylor-like piano improvisation.

What is also interesting is how short these pieces are, most are done and disrupted in fewer than four minutes, a number even shorter and only The Blue Blue Third which closes the third side – Sager, a devotee of Debussy and Satie, in reflective Jarrett-like solo mode especially if you accidentally play it at 33rpm – goes past five.

So there is an economy and focus here which means the intensity of some pieces is tightly contained.

Other pieces are more like sonic colouring (the electronic organ on HOWL! Caged Bird) and others kinda funny, like the silly minimalist blues-funk of Those Eskimo Women Speak Frankly with Cherry chanting down “get your elbows out of my soup” and such. It's not too far from New Zealand's Elephunk by Low Profile.

When RR+P try too hard (the chaotic and shouty Knee Deep in Shit for example) they strain for effect and certainly some editing of material might have tightened this even further.

But the “Beware!” warning sounds alarmist and unnecessary all these years on.

We have become conditioned to accept genre-breaking artists, as Rip Rig + Panic undeniably were.

Much of this is actually just enjoyable. And danceable too.

This debut was pulled off the shelf at random, and it was sitting beside their follow-up I Am Cold (which featured Neneh's father Don Cherry) and their 12'' single Bob Hope Takes Risks b/w Hey Mr E! A Gran Grin With a Shake of Smile.

Glad to have become reacquainted with it.