THE BARGAIN BUY: The Monkees; The Original Album Series (Rhino) 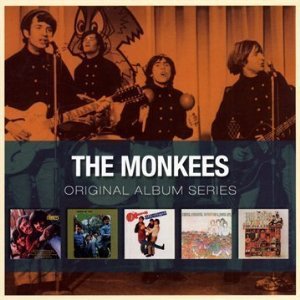 By the merest twist of fate, the history of popular American music 50 years ago could well have been very different if just one man had got a different job.

Stephen Stills -- a wonderful songwriter but even better guitarist who had his friend Jimi Hendrix on his first solo album -- was a mainspring of Buffalo Springfield and co-founder of Crosby, Still and Nash.

But consider this, he also auditioned for the Monkees in the gap between those two bands and if it hadn't been for a publishing deal he had, he would have taken his place alongside Mickey Dolenz, Mike Nesmith and Davy Jones.

CS&N might never have formed (and kick-started the close harmony acoustic folk style out of LA) and the Monkees would have sounded very different.

As it was, he couldn't take the job and so told his friend Peter Tork -- whom he knew from folkie days in New York -- to go for the audition.

And so a cultural phenomenon was born: the ersatz Fab Four while the actual Beatles were turning on and dropping acid.

Long before they gradually fell apart in the late Sixties -- their television show cancelled, Peter Tork then Mike Nesmith leaving -- the Monkees had been accepted by serious musicians and critics who looked past their origins as a made-for-TV band.

Their story is well documented -- too well perhaps, does anyone really need the three CD version of their '68 album The Birds, The Bees and the Monkees?.

But the reputation of these surrogate Beatles was given a boost when they freed themselves of studio musicians and jobbing (if excellent) songwriters Tommy Boyce and Bobby Hart to become a more independent unit around the time of their third album Headquarters.

Tork and Nesmith had been musicians prior to '66 when they auditioned for parts in the Hard Day's Night-style television show and English-born Jones had been a child actor in Britain. Dolenz had also been on television and in bands.

Once the japes of the show wore thin and they wrestled for more control in the studio after their first two albums (The Monkees and More of the Monkees), the music got more diverse and interesting, and much less poppy. 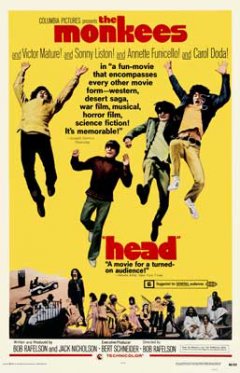 Nesmith brought in his country background, Tork's folkie roots came through, Jones came in with British music hall and whimsy, and Dolenz -- one of the great pop voices of his time -- could convincingly sing whatever was put in front of him.

They still struggled to be taken seriously -- despite their very anti-Monkees film Head co-written by Bob Rafelson and Jack Nicholson -- an acid trip on celluloid with Vietnam war footage between the slapstick and songs, and guests Frank Zappa, Sonny Liston and Annette Funicello. With their collusion, it was deliberately designed to sink their career.

And while not everything worked on record, in their short career (effectively only '66 to '69) they grew up fast. They may never have made their Revolver, but they came very close to Rubber Soul and certainly Help! a couple of times.

They also cracked great pop singles: their debut album, tied to the television show, included the programme's memorable theme, Last Train to Clarksville, Take A Giant Step and Papa Gene's Blues. It was also seasoned with Jones' ballad I Wanna Be Free and the throwaway I'm Gonna Buy Me a Dog.

Because they were such successful pop stars few people have covered Monkees' songs (the Sex Pistols however did Stepping Stone) and it is hard to imagine anyone else singing such confections as Mary Mary, I'm a Believer (from their second album, although Robert Wyatt did an idiosyncratic version) or Pleasant Valley Sunday, Daydream Believer and Valleri from the close of their career.

The time has long since passed for anyone to a Monkees apologist: the television series was fun, the pop songs were great and increasingly harder and psychedelic in places, their albums interesting and musically diverse, Nesmith and Tork developed into distinctive songwriters and . . .

And the first five Monkees albums (their full career as the original four-piece) are now available in a small set -- and the albums are fleshed out with a few alternate takes and early versions of the album tracks.

At $20 for five albums at JB Hi-Fi here, that is a terrific Bargain Buy.

For a full back-catalogue of Elsewhere-recommended Bargain Buy albums or sets go here.

Thanks for the heads up on this will track it down.A new Monkees Record comes out next Month and one song has been written by Paul weller and Noel Gallagher.

thanks for heads up,I will track this down.The Monkees have a new record coming out in a couple of weeks with one song written by Noel Gallagher and Paul Weller 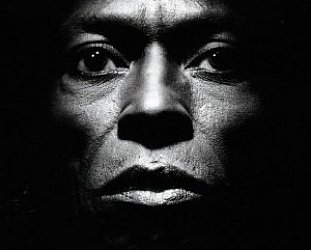 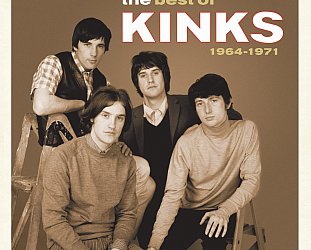 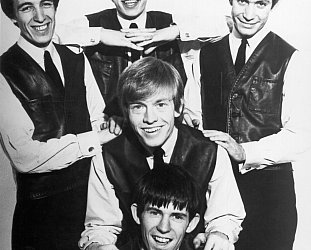