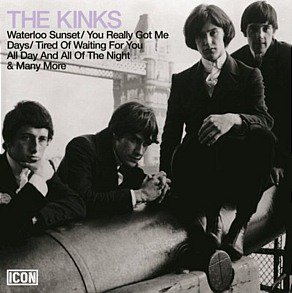 Some years ago I bought a 10-CD Japanese box set of the Kinks, all their albums on the Pye label. It was cheap at the time and while I didn't regret it (How could I? It included Something Else, Village Green Preservation Society, Arthur and Live at Kelvin Hall) it reminded me of one thing.

The Kinks were -- until the cornerstone Something Else album -- a singles band.

As with many artists of the mid Sixties coming up in the wake of the Beatles and Stones, the Kinks had cut their teeth on r'n'b standards, so their early albums were heavy on covers interspersed with Ray Davies songs, some of which were only just okay.

So a great collection of the Kinks will filter out the covers and Davies' lesser moments and leave you with . . . well, thrilling singles (You Really Got Me, All Day and All of the Night), great songs (Waterloo Sunset, Tired of Waiting) and those cornerstone Davies songs which have been much covered down the decades.

After that you can pick up the albums which made up the last half of that box set.

There are any number of Kinks collections, but the Icon series (here) scoops up most of the essentials, and at just $9 at JB Hi-Fi stores here makes it this week's Bargain Buy . . . and a masterclass in songwriting which Chrissie Hynde, Noel Gallagher, Paul Weller, Damon Albarn and dozens of others have taken.