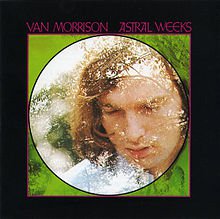 Although we've recently shone the spotlight on the Sony Music 5CD sets (for a mere $20) it is worth noting that Warner Music have opened up a huge chunk of their back-catalogue at a budget price.

And Warners -- especially during the Seventies and Eighties -- had some of the biggest selling artists ever. You don't sniff at sales of  over 40 million on Fleetwood Mac's Rumours, or pretend the Eagles' Hotel California (around 35 milion shifted) was just a fair-to-middling seller.

So let's note quickly some of the Warner catalogue albums which are out there now and should be in any serious collection: Van Morrison's seminal Astral Weeks and Moondance; the B-52's self-titled debut; Jackson Browne's Running on Empty; Crosby Stills and Nash albums (their self-titled debut and Deja-Vu); Donald Fagen's The Nightfly; Joni Mitchell's Blue; Linda Ronstadt's hasten Down the Wind . . .

Here's the hook. These albums are just $10 each at JB Hi-Fi stores here.

And that's a bargain.