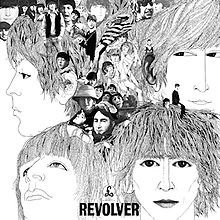 This Bargain Buy column has already noted the album which seemed to bottle the spirit and joy of Beatlemania. With the Beatles from '64 with its covers and originals showcased the breadth of music and invention of the group at that early stage . . . but as noted in that brief article here, they moved so rapidly few others could keep up.

A longtime Essential Elsewhere album has been Rubber Soul of the following year, because they realised they had to work harder and become even more musically inventive. Otherwise they would just be churning out Beatlemania pop forever and the world -- which was moving on through Dylan, the Byrds and so on -- would go right past them.

Rubber Soul was the album which showed a new musical maturity (doubtless the marijuana helped) and then -- just two years on from With the Beatles and A Hard Days Night -- they delivered the even more innovative Revolver in August '66.

It was their seventh studio album since Please Please Me released in March '63.

In the Anthology, George Harrison said he always thought of Rubber Soul and Revolver as a piece, and he struggled to recall what songs were on which.

But in its studio experimentation -- backward guitars, tape samples, a broad range of instruments from sitars to French horn -- Revolver was a step up yet again.

It opens with some shuffling and coughs as if to give the feel of spontenaity and then this cleverly crafted album takes off with the stabbing guitar of Harrison's Taxman.

It is hard to believe in these days when albums feel so generic and all of a piece, the diversity of music the Beatles unself-consciously put on Revolver: the string-soaked Eleanor Rigby; the weary I'm Only Sleeping; McCartney's wonderfully understated ballad Here There and Everywhere; the Northern soul of Got to Get You Into My Life; the pure pop economy of And Your Bird Can Sing; and of course those polar opposites . . . the kid-friendly Yellow Submarine and the innovative droning and tripped-out Tomorrow Never Knows.

This is an extraordinary 35 minutes in its musical and emotional reach, and in the songs' economy. Even Tomorrow Never Knows doesn't break the three minute mark.

Little wonder it is source material for contemporary artists even now.

And this classic album is just $15 at JB Hi-Fi stores (here). In fact all the Beatles single discs are (doubles just $20) . . . so why not pick up With the Beatles and this Rubber Soul/Revolver period and do your homework if they are still a mystery to you?

Their journey from pop to rock is tracked across those three albums. And even now it is astonishing to think how far they traveled in such a short time -- while knocking off two movies, touring and other albums and singles.

They had a very good work ethic.

Bought Revolver in Athens on my way to India in 1966. Played it to death on my 'portable' record player along with Pet Sounds. Eh, those were the days, kid: the road, the music, the shits... 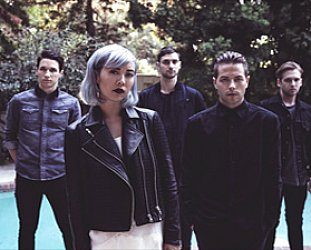