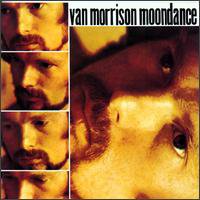 Moondance remains one of Van Morrison's most popular solo albums -- and not just because his previous one two years before in '68, Astral Weeks, was such a masterpiece -- but because Moondance contains some of his most enduring and enjoyable songs: It Stoned Me, Caravan, Into the Mystic, Crazy Love and of course the title track which has received innumerable cabaret and jazz-lite treatments.

Oddly enough at time of release it breached neither the British or US top 20 (well short in the UK, only number 32) and the Moondance single was barely heard on radio at the time. Then FM radio came on the scene and in the search for classy and cool tracks to play, US radio started to discover it.

Even now this album warrants re/discovery for its confidence, coherence and the delight it takes in the spiritual regeneration the natural world and love have to offer.

So why single it out for Bargain Buy treatment now?

First it is one of the Warner discount deals (just $10 at JB Hi-Fi stores here) but also because . . .

It's your homework assignment.

In late October it is coming out remastered in an expanded reissue which includes a double CD version (the remastered original album and 11 previously unreleased takes from the sessions), and a four CD/1 Blu-ray Audio version which has many many takes of the various tracks (half a dozen of Caravan and I Shall Sing, four of Into the Mystic, two of Moondance . . . .)

Okay, that last one is perhaps for the most extreme Morrison collector. Out here in the real world -- the real cheap one maybe -- it is only the original album you need and if remastering doesn't especially trouble you then this $10 Bargain Buy is the way to go.

“Caravan” sure, but, but, over the years apart from “Too Late..” Live I actually prefer the mystical years “A period of Transition”, “Common One” -a big rave, “Colleridge, Yeats”, “Wavelength” (this is the voice of America, the Kingdom Hall) “ No Guru...” “Bright Side of the Road” (it is all in the game), “Poetic Champions Compose”, “Vanlose Stairway” “Enlightenment” etc. Apart from that am Vanned out. 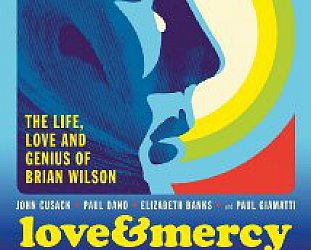