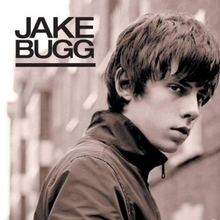 When Jake Bugg played at the Powerstation earlier this year there was, for some, a sense of disappointment that he didn't exactly fire up. After all, here was another of Britain's young pretenders (he was 18).

For me though, I thought he was smart to come off so contained and not strutting the walk. He only had this one album (favourably reviewed here) and an EP behind him so it was a matter of playing that, a couple of new songs (including Slumville Sunrise on his new album which lifts a melodic line from You're The One That I Want), a cover and thank-you-good-night.

But his blend of retro-folk and youthful observation, coupled with wall-shakers like Lightning Bolt and his predilection for a big ballad (at which he is highly accomplished) made for a highly successful show, even if he never shouted "Good evening Auuuuckland" or "Are you having a good time?"

His new album Shangri-La -- produced by Rick Rubin -- has just been released (Elsewhere will get to that next week) but here's where the story necessarily starts.

And this impressive debut (which was nominated for a Mercury Prize) is now just $13 at JB Hi-Fi stores here, and in one of those "buy two and get a third free" deals which includes albums by Taylor Swift, Coldplay, David Bowie's new one and so on.

That's a good deal, and that makes it this week's Bargain Buy 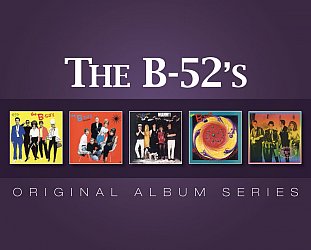 To this day the remaining B-52's are ambivalent about the production on their self-titled debut by Island Records boss Chris Blackwell. As recently as this month the band's drummer Keith Strickland... > Read more