David Bowie: The Next Day (Sony) 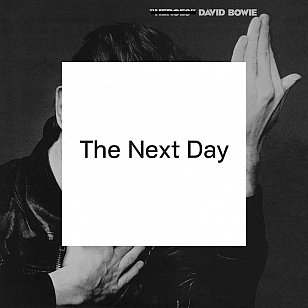 Further proof Bowie's a smart post-modern artist. And not just self-aware, but aware of how the modern world works post-Bowie.

Not only does he record his first album in a decade in secret in this gossip-driven Tweetworld, but the no-tour/no-interviews policy guarantees attention turns to the art and not the artist . . . . while listeners scan for clues to both.

The cover – which gained fame/notoriety for blanking out his Heroes sleeve – refers to his period in Germany in the Seventies, as did the first wistful single Where Are We Now? with its video of archival footage of Berlin before the wall came down.

The second video/single The Stars (Are Out Tonight) – Bowie and actress Tilda Swinton in the self-referencing clip as a couple seemingly retired from celebrity but pursued by younger versions of themselves – warns of the fickle nature of fame. And who better to trust than Bowie (who co-wrote Fame with John Lennon almost 40 years ago) on that?

Especially since he, as was Lennon, has been absent from the spotlight and watching the wheels go round.

However the title track opener here features furiously skittering guitar from New York avant-jazzist David Torn. This places you at the difficult tail end of that Low/Heroes/Lodger trilogy in Berlin with its angularity, urgent energy and the raging lines “first they give you everything that you want, then they take back everything that you have” before it sears out at the end with “here I am, not quite dying . . . the next day . . .”.

As an intro it stands so far from the pre-album set-up of Where Are We Now? – although close in emotional tone to The Stars (Are Out Tonight) – that you are put on notice: Bowie's back from observing on the sidelines, and he's got something to say. And there are lot of words and collisions of imagery here to decode, decipher and analyse.

Much of this isn't easy. For the brutally confrontational and brittle If You Can See Me he sounds like a man clinging on by bleeding fingernails while the world descends into chaos because of rapacious capitalism: “I am the spirit of greed, a lord of theft . . . I'll burn all your books and the problems they make”. Global politics viewed from the frontline appears on the glamrock-gone-sour sound of I'd Rather Be High (“than training my guns on those men in the sand”).

Mortality and menace are scattered throughout from “when the sun goes down and the die is cast” on Dirty Boys with its brusque sax and guitarist Earl Slick's steel-wool sound, through the dissonant and dark throb of Love is Lost (“say goodbye to the thrills of life, where love was good”) to the elegant desperation and orchestrated You Feel So Lonely You Could Die lifting its title from Elvis.

There's also stomping rock on (You Will) Set the World on Fire (about New York's 60s folkies!), and the poetic spirit and vocal style of Scott Walker adopted (to much so perhaps?) for the gloomy ballad Heat.

Mostly this is lyrically-dense Bowie (looking for a thesis topic?) going his own way without accessible singles – the familiar but unexceptional ballad Valentine's Day the most likely -- and offering a few duffers (notably Boss of Me which aims for the heroic but is forgettable).

He's serious, angry, reflective, strident and not going gentle into that good night of a long retirement. In fact, aside from Where Are We Now? (a desperate grip on this fleeting moment with “as long as there's sun/rain/fire/me/you . . . “) he's raging against death and life with a rare and difficult passion. 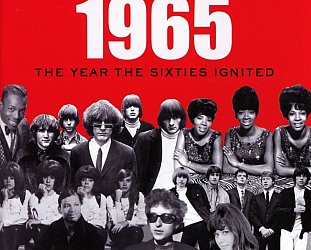 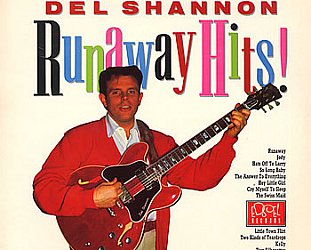 Del Shannon -- who died in 1990 age 55 -- is best and perhaps only remembered for the great chart-topping single Runaway of '61, even now a thrilling slice of energetic pop. But far from a... > Read more 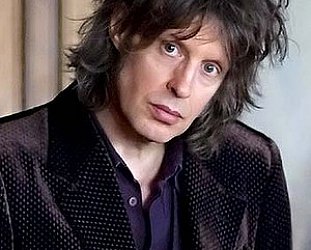 About 15 months ago Mike Scott of the Waterboys released a whopping seven CD set of the sessions which lead to the band's two-years-in-the-making breakthrough album Fisherman's Blues. The... > Read more