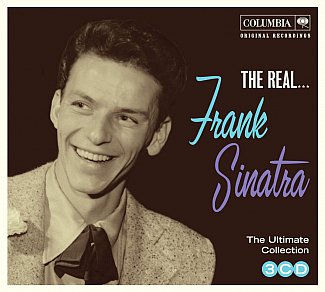 One of the most hilariously incongruous sights is to see the immaculately suited Frank Sinatra singing Jerome Kerne's Ol' Man River: the handsome young Frank with his manicured fingernails, spotlessly white tuxedo and styled hair singing, "You and me we sweat and strain, our bodies all achin' and racked with pain . . .".

Just check out the clip and you'll see what we mean.

Sinatra's gift was as much in how he inhabited a character in a song as it was in his phrasing, and even if this one gets away from him on so many visual levels, if you close your eyes . . .

Frank Sinatra was one of the greatest of song stylists and interpreters (who else could sing One For My Baby so persuasively?).

So every home should have at least one decent Sinatra collection -- if not specific albums like In the Wee Small Hours (which was a much earlier Bargain Buy, see here).

This collection -- three discs -- is of the very early Frank when he was with the Tommy Dorsey Orchestra and so on and so doesn't have the gravitas and hurt which many prefer and hear in his later recordings.

But here is young, exceptional talent on the make, and this is certainly worth a place in any collection.

Especially since it is just $10 at JB Hi-Fi stores here.

Keep an eye out for the two four-cd box sets Frank Sinatra Eight & Nine Classic
Albums covering the period 1957-1962 on the Real Gone Jazz label. You should be able to pick them up for a song. 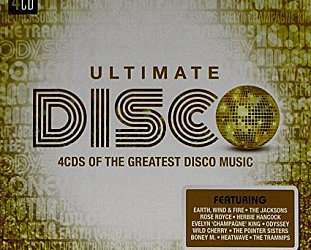